Constants and Variables, Intervals and Neighbourhoods

Constants and Variables, Intervals and Neighbourhoods

A finite interval is said to be closed if it contains both of its end points and open if it contains neither of its end points. Symbolically the above four intervals can be written as (0, ∞), (5, 7), [1, 3], (1, 2]. Note that for symbolic form we used parentheses and square brackets to denote intervals. ( ) parentheses indicate open interval and [ ] square brackets indicate closed interval. The first two examples are open intervals, third one is a closed interval. Note that fourth example is neither open nor closed, that is, one end open and other end closed. 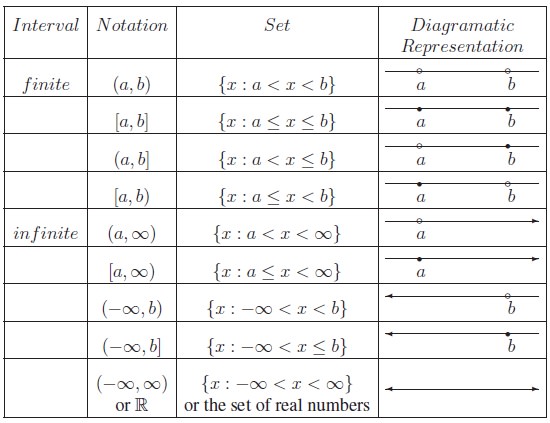 Try to write the following intervals in symbolic form.