To draw graphs quickly without plotting many points is an invaluable skill. Familiarity with shapes of some basic functions will help to graph other complicated functions.

“A picture is worth a thousand words” is a well known proverb. To know about a function well, its graph will help us more than its analytical expression. To draw graphs quickly without plotting many points is an invaluable skill. Familiarity with shapes of some basic functions will help to graph other complicated functions. Understanding and usage of symmetry and transformations will then enable to strengthen graphing abilities. This section is not simply a data base of graphs, we learn some methods to graph certain functions.

Suppose that we want to draw or sketch the curve of the function y = 2 sin(x − 1) + 3. At the very first sight it looks that it is very difficult to draw the curve representing this function. But it will be very easy to draw after understanding the content of this section. 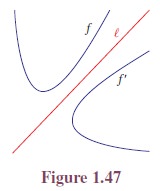 Here f ‘ is the mirror image of f with respect to . Every point of f has a corresponding image in f’ . Some useful reflections of y = f(x) are 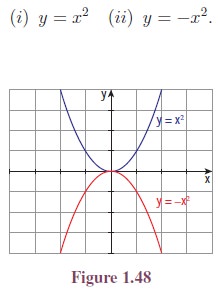 Illustration 1.6  Consider the positive branches of 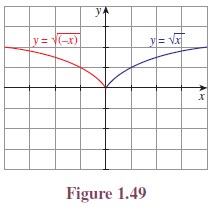 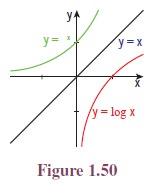 A translation of a graph is a vertical or horizontal shift of the graph that produces congruent graphs. 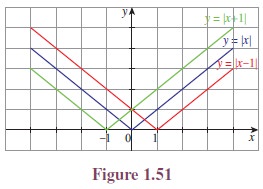 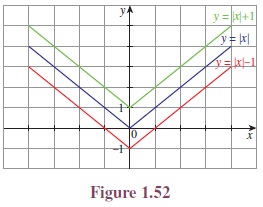 Dilation is also a transformation which causes the curve stretches (expands) or compresses (con-tracts). Multiplying a function by a positive constant vertically stretches or compresses its graph; that is, the graph moves away from x-axis or towards x-axis. 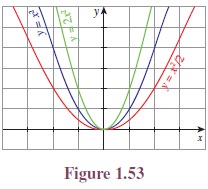 The graphs Figures 1.55 and 1.56 look identical until we compare the scales on the y-axis. The scale in Figure 1.56 is four times as large, reflecting the multiplication of the original function by 4 (Figure 1.55). The effect looks different when the functions are plotted on the same scale as in Figure 1.57.

In the beginning of the section we talked about drawing the graph of y = 2 sin(x − 1) + 3. Now we are well equipped to draw the curve and even we can draw more complicated curve.

It is clear that the curve can be obtained from that of y = sin x using translation and dilation. 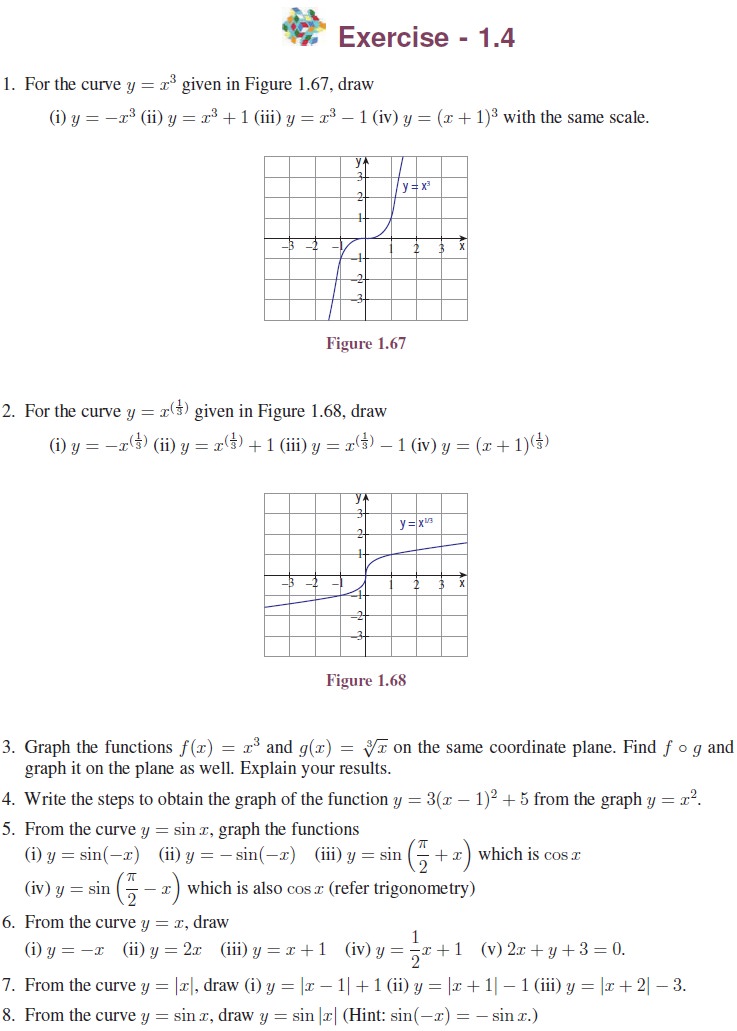