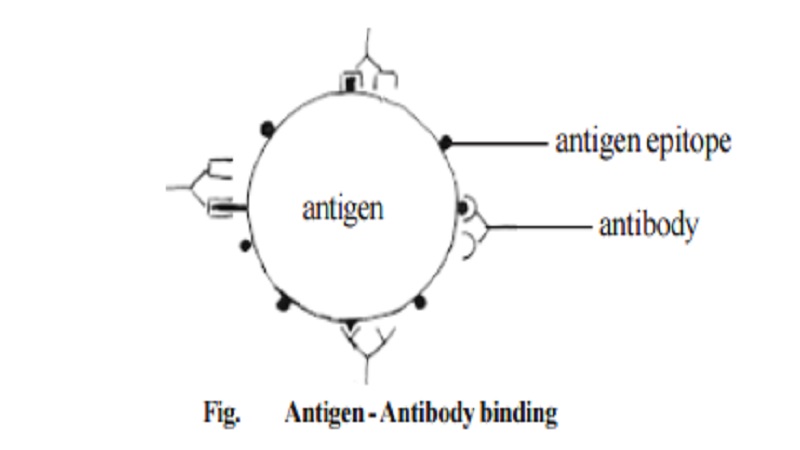 The mucosa lining the alimentary, respiratory, genitourinary and other lumina and surfaces are constantly exposed to numerous antigens. These areas are endowed with a rich collection of lymphoid cells, either specialized aggregates as the Peyer's patches orScattered isolated lymphoid follicles

The terms immunogen and antigen are often used synonymously. However, these terms imply two closely related entities. The first describes a molecule that provokes an immune response(immunogenicity) and hence is called an immunogen. The other describes a molecule which reacts with the antibody produced, or with the activated cellular constituents of cell mediated immunity(antigenicity), and is referred to as an antigen.

In contrast to this is the hapten. Haptens are small well defined chemical groups such as dinitrophenol (DNP) which are not immunogenic on their own but will react with preformed antibodies. To make a hapten immu-nogenic, it must be linked to a carrier molecule which is itself immunogenic.

Antigens are recognized not only by antibodies, but also by antigen specific T cell receptors. In contrast to immunoglobulins, which usually recognize intact antigens, T cell surface receptors recognize processed antigens on the surface of antigen presenting cells.

The part of the antibody molecule which makes contact with the antigen is termed the paratope. Consequently, the part of the antigen molecule that makes contact with the paratope is called the epitope. As most antigens are protein in nature, they exist in a folder, three dimensional, tertiary structure. Hence there may be a cluster of amino acid sequences on the three dimensional structure constituting a series of epitopes. Each of these epitope clusters on the antigen are known as an antigenic determinant.

In addition, a variety of chemical compounds, biological macromolecules, synthetic polypeptides are regarded as potential antigens. Several polysaccharides, nucleoproteins and lipoproteins are also considered as antigens. Recently antibodies to DNA have been used in immunization.