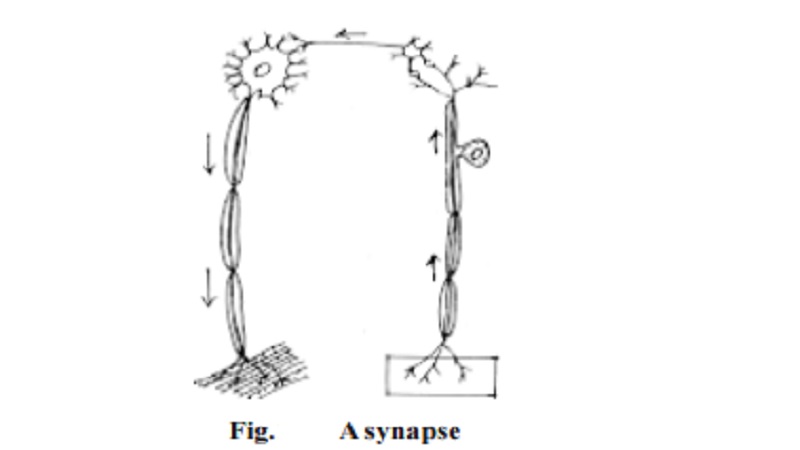 The neurons are the basic units of the nervous system. They help in conducting the stimuli in between the receptor organs - spinal cord, brain and effector organs. The neurons conduct the stimulus as electrochemical events.

All living animals maintain a constant inner state, irrespective of changes happening in the environment. This phenomenon is named as homoeostasis. It is achieved due to coordination of response. The coordination is due to the animal body, acting as a self-regulating system capable of making appropriate responses to stimuli.

The coordinating system of the body contains suitable structures for detecting stimuli, transmitting information and responding to stimuli. There are feedback mechanisms that ensure that degree of responses is related to the intensity and direction of the stimuli.

The neurons are the basic units of the nervous system. They help in conducting the stimuli in between the receptor organs - spinal cord, brain and effector organs. The neurons conduct the stimulus as electrochemical events. These sequential events involve migration of 'Na' and 'K' ions outside and inside the neuronal cells. This phenomenon is known as Sodium-Potassium pump. This sequence of electro chemical events is known as the impulse.

The junctions of neurons in nerve pathway are called the synapses. A synapse is formed between the bulb-like end structure of the axon called boutons and the cyton or dendrite of the adjacent neuron. At the junction there is a gap called the synaptic cleft, which is usually about 10 to 20 nm. At this point, transmission of stimulus happens through transmitter substances such asacetylcholine.

In the nervous system the bundles of parallel axons of the nervous tissue having myelin sheath constitute the white matter. Collection of neurons having unmyelinated axons form the grey matter.

The axons make up the white matter of the CNS for nerve tracts. They propogate action potentials. The grey matter performs integrative functions. The outer surface of the brain (cortex) and the central area of the spinal cord consist of grey matter. Within the brain, collections of grey matter form centers called nuclei.