In the beginning Rome was a society of agriculturists, organized through lineages. Out of this developed a hereditary ruling class. Roman people were divided into two classes: Patricians, rich landlords, and Plebeians, a common citizens.

In the beginning Rome was a society of agriculturists, organized through lineages. Out of this developed a hereditary ruling class. Roman people were divided into two classes: Patricians, rich landlords, and Plebeians, a common citizens.

Rome was strategically located in the crisscrossing trade routes cutting north–south and east–west. Taxes on passing traders added to the revenue derived from agriculture. By the late 6th century BC (BCE), Rome developed into a prosperous town.

According to Roman tradition, Romans established a republic after overthrowing Etruscans in 509 BC (BCE) The Roman Republic was governed by the Patricians. Two Consuls were elected by those with voting rights. These consuls in turn appointed the Senators. Senators and Consuls protected the interests of Patricians. Plebeians were chronically in debt and had to eventually lose their land to the Patricians. Wars of conquest also helped the Patricians to expand their landholdings.

Class War between Patricians and Plebeians

Prisoners of war were enslaved in Rome. Thus Rome produced a new labour force for the rich to exploit. Big landholders bought slaves cheaply and used them to cultivate their estates. The slave population grew and by the 1st century BC (BCE) there were two million slaves, when the total strength of free population was 3.25 million. Slave labour led to the impoverishment of free labour. Many poor peasants had to abandon their children who also ended up in the slave markets. The conflict between Plebeians and Patricians became bloodier. 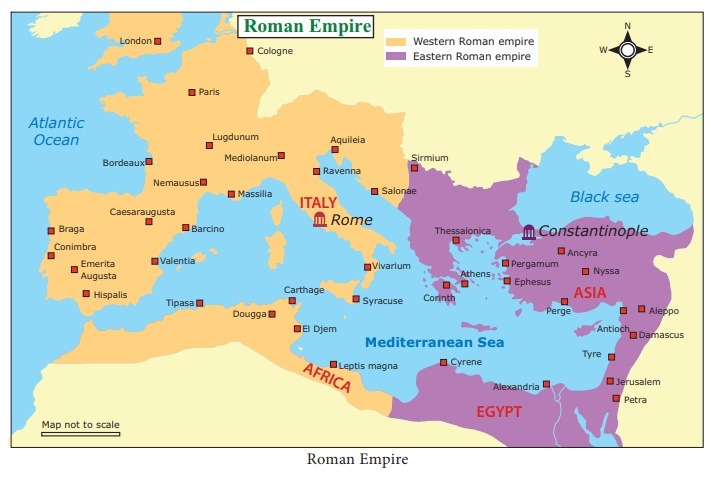 Punic Wars and the Emergence of Imperial Roman Empire

As Rome was growing in Italy, Carthage was growing in power in north Africa. The Carthaginians were the descendants of the Phoenicians who excelled in seafaring and trade. Rome and Carthage united to drive out the Greeks. Thereafter Carthage took Sicily and threatened the very existence of the Roman state. The three wars fought between them are called Punic Wars. Carthage sent a general named Hannibal. He defeated the Roman army and made a great part of Italy a desert. Fabius, who led the Romans, did not give up. In the second Punic War, Fabius confronted Hannibal and defeated him in the Battle of Zama. Pursued by the Roman army, Hannibal ended his life by poisoning himself. The third Punic War was declared on the Carthaginians by Rome. After the defeat and destruction of the Carthage in this War, Rome emerged as an unrivalled power in the western world. 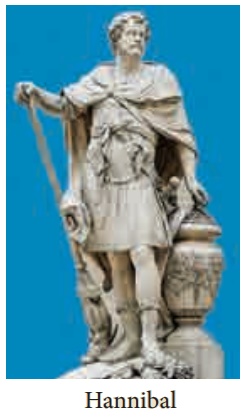 Tiberius Gracchus and Garius do Gracchus, though Patricians, voiced their opinion in favour of the poor peasants. As the peasants supported their programme, the Senators, shocked by this development, murdered both of them. The martyrdom of the Gracchus brothers played a decisive role in the transformation of the Roman Republic into the Roman Empire.

Transfer of Power from Consuls to Emperor

When Marius became Consul with the support of the equites (new rich or propertied class below the rank of Senatorial Class), he made an attempt to push through a land distribution bill in the Senate. This led to violence. The allies of Marius were killed. This resulted in a civil war between the followers of Marius and Sulla. After expelling Marius Sulla reigned for three years as a virtual dictator. He was killed and succeeded by Cinna and Catalina. Catalina’s defeat led to mob violence. The Senate House was burnt down. Mobs took to streets to target the rich. This was the background against which Julius Caesar led his army across the Italian border and took power in 49 BC (BCE).

The civil wars over social issues ended only to be replaced by civil wars between Generals. Marius and Cinna against Sulla, Pompey against Julius Caesar, after Caesar’s death Brutus and Cassius against Mark Antony and Octavian (Caesar’s nephew) and finally Octavian against Mark Antony. The rich, old and new alike, felt that allowing Octavian, now called Augustus, to establish a de facto monarchy was the only way to re-establish political stability. The period starting from Augustus (27 BC (BCE)) is known as Principate. Augustus called himself Imperator, equivalent to the English word Emperor. 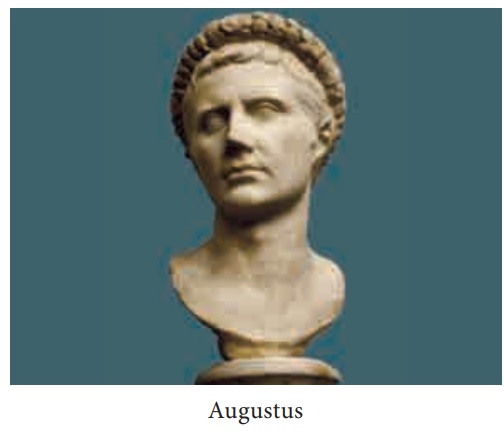 During the period of Principate, the imperial ruling class became far more prosperous than under the republic. The period witnessed a great influx of luxury goods such as silk, spices, and gems from the east. Cities were built on a grand scale, with temples, theatres, stadia and colosseum, gymnasia, aqueducts, baths and markets. The rich people distracted the attention of the poor by organizing games and contests in circuses, where the gladiators were forced to fight and kill each other.

The most distinguished writers of the Augustan Age brought glory to the empire.

Pliny the Elder completed a voluminous encyclopaedia of “science.” He called it Natural History. Seneca was another well known author of an encyclopaedia of science. Horace in his Odes developed a philosophy that combined Epicurean justification of pleasure with Stoic bravery in the face of trouble. Livy was more a prose stylist than a historian. The best known historian was Tacitus. Virgil’s Aeneid glorified Roman imperialism. The Roman law attained its highest stage of development during the Principate. 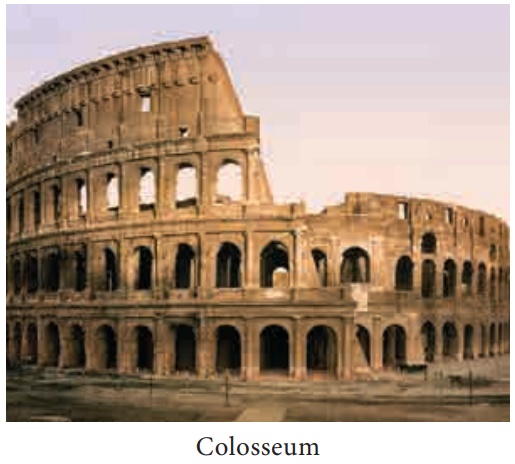 After the death of Augustus in 14 AD (CE) Rome had few enlightened and capable rulers. With the exceptions of Trajan (98–117), Antoninus Pius (138–161) and Marcus Aurelius (161– 180), all others were tyrants. Marcus Aurelius stands apart from all others. As a philosopher, he authored many books. He was the first Roman Emperor to send an embassy to China and establish contact with an Asian power.

External Invasions and the Decline of Roman Empire

The empire, facing threats from “barbarian incursions,” depended on expensive mercenary armies. In AD (CE) 330 the centre of the empire moved from Italy to the Greek speaking city of Byzantium. But it was difficult to rule the western parts from such a distance. In 410 A.D. (C.E.) the Goth Alaric led his forces to sack Rome. The Frank Clovis took control of Gaul. The Ostrogoth Theodoric proclaimed himself the emperor of Rome. The final onslaught came from Vandals. In 476 A.D. (C.E.), disgusted by the rule of Emperor Romulus Augustus, the Roman army led by Odovacer revolted and deposed him. This marked the end of Western Roman Empire. 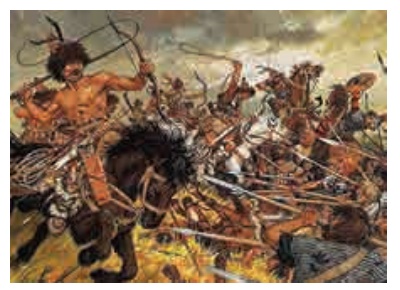