After a brief period of glory in the days of David and Solomon, the Jewish people had a great fall and experienced extreme hardship.

After a brief period of glory in the days of David and Solomon, the Jewish people had a great fall and experienced extreme hardship. While spreading out all over the Roman Empire and elsewhere, they hoped that a Messiah would arrive to restore their pristine glory. Initially they laid much hopes on Jesus. Jesus was against the rich and the hypocrites, and condemned certain observances and ceremonials. This was not to the liking of the priests, who turned against Jesus and handed him over to the Roman Governor Pontius Pilate. Looked upon as a political rebel by the Roman authorities, Jesus was tried and crucified. 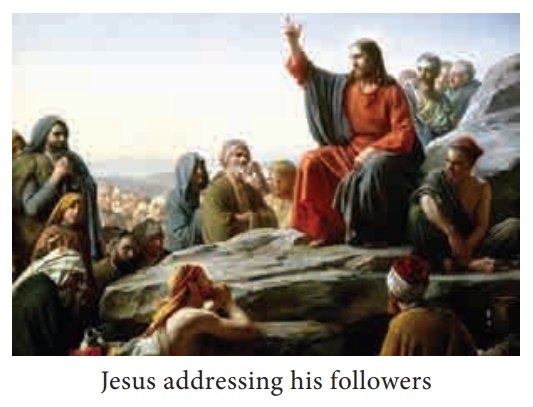 After Jesus’s crucifixion, St Paul started spreading  the  Christian  doctrine.  Paul succeeded in his effort and Christianity gradually spread. Romans were prepared to tolerate Christianity. But the refusal of the Christians to pay respect to the Emperor’s image was viewed as political treason. It led to the persecution of Christians. Their property was confiscated and they were thrown to the lions. Yet the Roman Empire did not succeed in suppressing Christianity. One of the Roman emperors Constantine himself became a Christian. Christianity thus became the official religion of the Empire.