Until 8th century BC (BCE) Greece was not different from the rest of the world. People were illiterate, craft specialization was primitive, and life was difficult. With the exception of Sparta, agriculture was limited by the mountainous terrain.

Until 8th century BC (BCE) Greece was not different from the rest of the world. People were illiterate, craft specialization was primitive, and life was difficult. With the exception of Sparta, agriculture was limited by the mountainous terrain. However, the Greeks succeeded in founding colonies along the coast that helped them earn revenue through trade. As a result by the 6th century BC (BCE), Greece turned into a network of City-States. Acropolis, a fortified city of ancient Greeks on a hill in Athens, is an illustrative example of their advancement. Though the City-States fought each other they were bound together by trade, by a common alphabet, similar religious practices, and festivals. The illustrious example for the last one was the Olympic festival of sports and games. 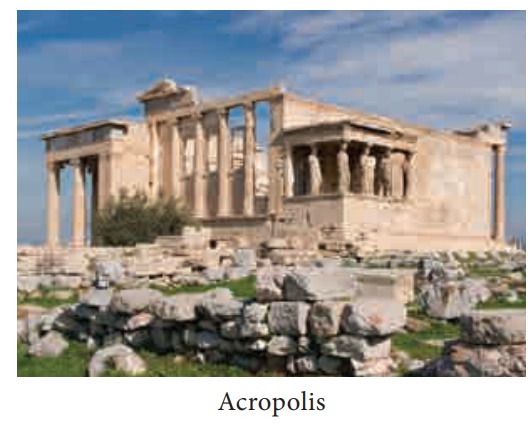 King Darius (BC (BCE) 550–486), who was heading a great empire in Persia, decided to conquer the Greek City-States. The first Persian attack on Greece failed. This was due to the fact that Persian army suffered from disease and lack of food during its march. Therefore, in planning the second attack, the Persians avoided the land route and came by sea. The Greeks or Hellenes, fought patriotically and defeated the Persian army at Marathon in 490 BC (BCE). Xerxes, King Darius’ successor conducted another expedition. Joined by Spartans this time, the Athenians persisted in their resistance and in the final battle fought in Salamis, Persian ships were destroyed. Disheartened Xerxes returned to Persia without achieving his end.

When the Greek City- States first emerged, they still carried the legacy of the past. The rulers came from lines of traditional chieftains. Those who grew rich from the expansion of trade resented the privileges enjoyed by the old ruling families. The outcome was the overthrow of the kings and the establishment of “oligarchies” in many city-states. Under Oligarchy, the new rich exploited the smaller landholders. So this republic was soon replaced by some ambitious men who administered tyrannically. Yet the Age of Tyrants 6th century to 4th century BC (BCE) proved to be a period of urban development, with new buildings and enormous temples such as Olympian Zeus at Athens.

In Athens, the pressure from below resulted in the replacement of both oligarchy and tyranny by “democracy.” The law-making power in Athens was vested in an assembly open to all freemen.

Judges and lower officials were chosen by lots. This arrangement was resented by the upper classes who considered democracy to be the rule of the mob.

The Persian danger had united the Greeks. When this danger was removed, they started quarrelling again. The history of many Greek city-states was one of continual struggles by the rich landowners against “democracy”. The only exception was Athens, where “democracy’ survived for about 200 years.

Athens had a great leader, Pericles, who held power for thirty years. During his rule, Athens and Sparta were continuously at war with each other. This war is known as the Peloponnesian War. Pericles Athens, despite hostility and disturbance from Sparta, became a noble city with magnificent buildings. There were great artists and great thinkers. Historians therefore call this the Age of Pericles. Herodotus, the historian, and his successor Thucydides, lived about this time. 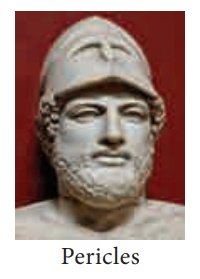 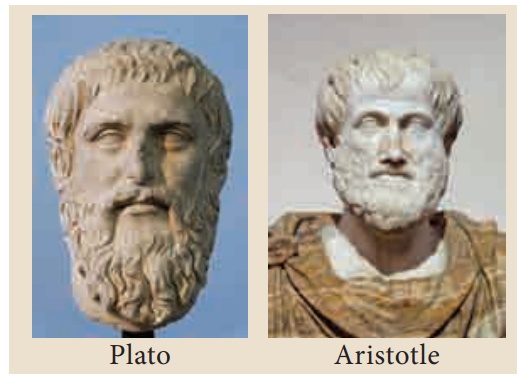 The thinkers of the Pericles era sought to find a new objective basis for arriving at truth. The greatest of them was Socrates. As a philosopher, he discussed difficult problems with his friends so that truth might emerge out of the discussions. Plato was his illustrious disciple. Plato argued that truth must depend on a realm outside human experience, accessible only to philosophic elite. Aristotle, studying under Plato, laid stress on the empirical knowledge of the existing physical and social world. Democritus and Epicurus developed a materialist view of the world. 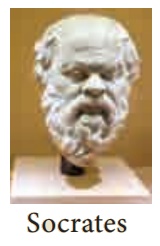 The Greek city-states did not have an elaborate bureaucracy. They were therefore able to show a greater dynamism. Under Alexander the Great, the Greeks were able to establish a kingdom in Macedonia. This kingdom succeeded in annexing two historic empires of Egypt and the Middle East. But the entire period of Alexander’s reign was spent on wars.

Greek- Egyptian city of Alexandria. Euclid who formulated the basic theorems of geometry, Eratosthenes who accurately calculated the diameter of the earth, and Hipparchus, the founder of trigonometry were all products of this age. Ptolemy built on Hipparchus’s ideas and later developed a model of motion of the planets and stars.