According to this model, the parental DNA is conserved to one daughter cell and the newly synthesized DNA to another daughter cell. 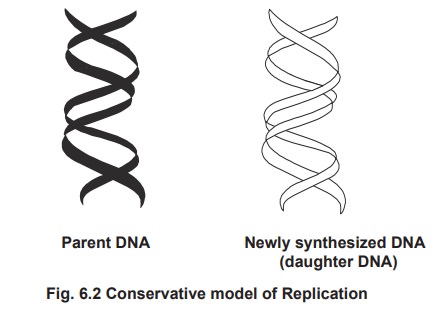 According to this model, the parental DNA is unequally distributed (randomly) to the daughter cells. 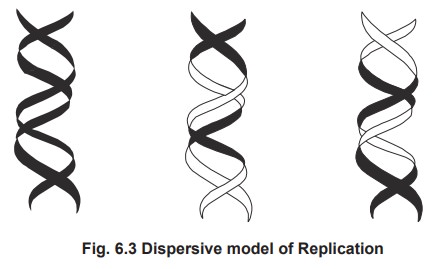 Semiconseravative model of replication showing the daughter DNA having one parental strand and one daughter strand. 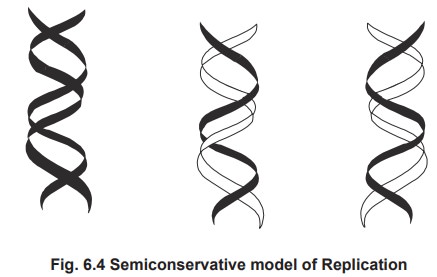 This model was established to be the correct mode of replication by the experiment carried out by Messlson and Stahl in 1957. E. coli cells were grown in a medium containing 15NH4Cl, for many generations such that the E.coli cells have density labelled 15N atoms in their DNA. The cells were then grown in a medium containing unlabelled NH4Cl. DNA was harvested from the daughter cells after one generation and the density of the DNA was analyzed using Cesium chloride density gradient centrifugation. If replication happens to occur by conservative model, two bands are corresponding to heavy DNA and other unlabelled DNA should be got. But if replication is semi-conservative, daughter DNAs should possess one labelled strand and one unlabelled strand, so they will form only one band with intermediate density. The results show that they form bands with intermediate density alone in the first generation, which confirms the semiconservative model of replication.