In shops, we find products which are sold as 100% pure! For common people pure means unadulterated- that which does not contain any cheap or harmful additives. Are these really pure substances as they claim to be?

In shops, we find products which are sold as 100% pure! For common people pure means unadulterated- that which does not contain any cheap or harmful additives. Are these really pure substances as they claim to be?

For a Chemist the word ‘pure’ means something else!

* A pure substance is made up of only one kind of particles.

* Pure substances may be elements or compounds. 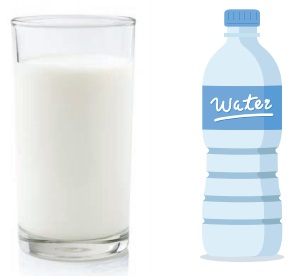 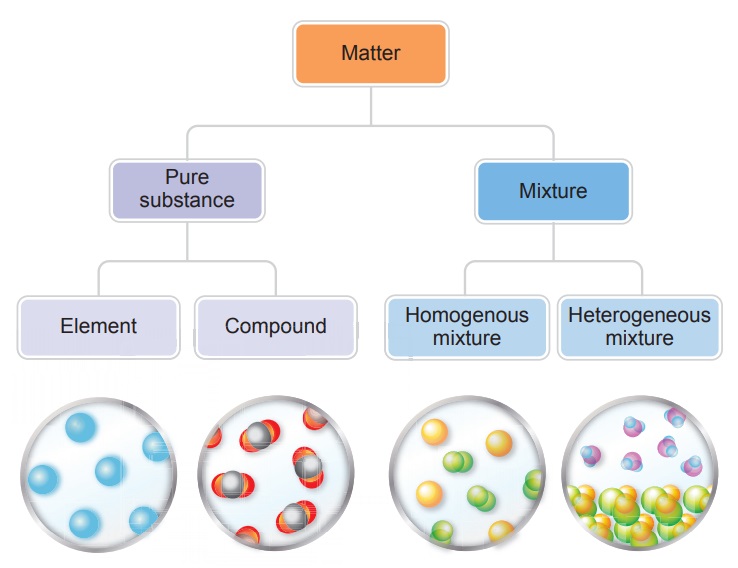 Purity of gold is expressed in terms of ‘carat’. 24 carat gold is considered to be gold in its purest form.

Is matter around us pure? 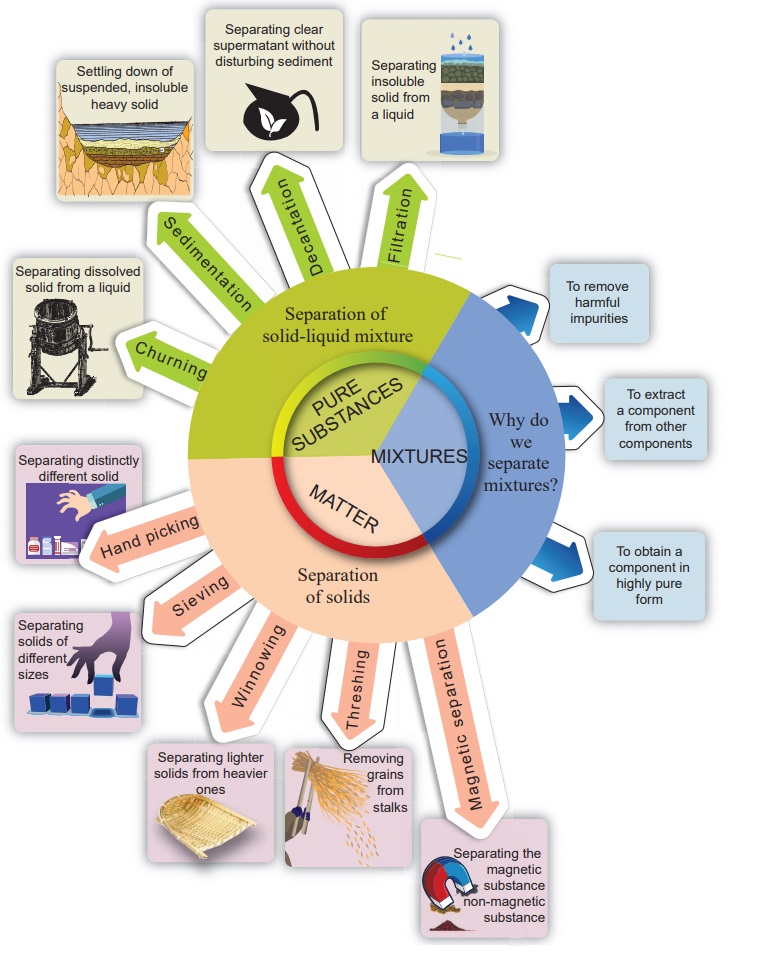 Let us consider the following examples: 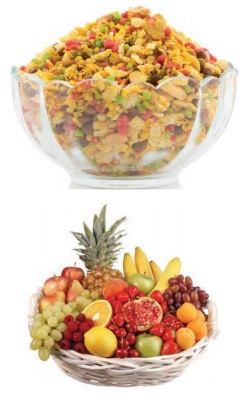 We have had the snack. Can you identify and mention a few things that are present in snacks like - Mixture or fruit mixture? You are able to identify the ingredients in them from their colours, appearance or taste.

We mix rice, dal salt, chillies, pepper, ghee and other ingredients to make Pongal. Pongal is also a mixture.

Why do we call these as mixtures- because they are made up of more two or more ingredients or components that are physically separable?

Can we always see the different components of the mixture with our naked eyes?

Let us see the two pictures given below: 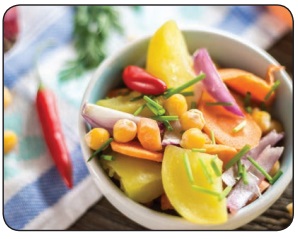 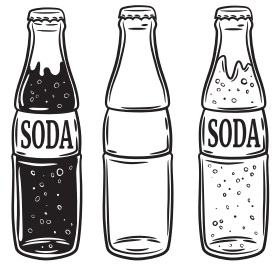 Try it yourself: Try to identify from the list what you think may be classified as mixture. Write yes if it is a mixture, then write No, if it is not a mixture. You may also write “I do not know” and later discuss with your teacher.

Milk is also a mixture of water, fat, protein etc.

Lemon juice is a mixture. Some of us like it less sweet i.e. with less sugar; while some others like it very sweet so they prefer to add more sugar. But either way, it is still lemon juice-prepared from lemon extract, water and sugar and is a mixture though the amount of sugar added is different. Same way even if we add extra water or lemons extract it will still be a mixture. A mixture need not have a fixed proportion of components.

* A Mixture is an impure substance and contains more than one kind of particles.

* In the mixture the components are mixed in any proportion.

When elements chemically combine they form compounds; whereas a mixture can be a physical combination of

a. two or more elements. Example: 22 carat gold which is composed of gold and copper / gold and cadmium,

b. two or more compounds. Example: aerated drink which is composed of carbon-di-oxide, water, sweetening and colouring agents,

c. an element and compound. Example : Tincture of iodine which is composed of Iodine in alcohol.