1 purpose Of Using An Air Vessel

•         It is also used to maintain the constant flow rate or constant pressure.

It is classified into positive displacement pumps and roto dynamic pumps.

•         In positive displacement pumps, fluid is drawn or forced into a finite space and it is sealed.

In roto dynamic pumps, centrifugal force is used to move the fluid into a pipe.

•         It uses a piston and cylinder arrangement with suction and delivery valves integrated with the pump.

•         It sucks and raises the liquid by actually displacing it with a piston/plunger that executes a reciprocating motion in a closely fitting cylinder.

·         During suction stroke the piston moves to the left, causing the inlet valve to open.

·         Water is admitted into the cylinder through the inlet valve.

·         During the discharge stroke the piston moves to the right closes the suction valve and opens the out let valve.

·         Through the outlet valve the volume of liquid moved out of the cylinder.

•           Liquid is filled at one end and discharged at other end during forward stroke.

•           During the return stroke, end of cylinder just emptied is filled and the end just filled is emptied.

Air vessel is a closed chamber containing compressed air in the upper part and liquid being pumped in the lower part. 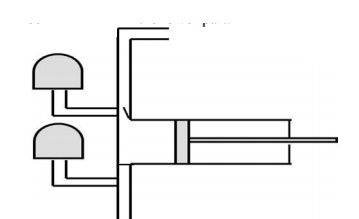 1PURPOSE OF USING AN AIR VESSEL:

·         To run the pump at much higher speed without any danger of separation. 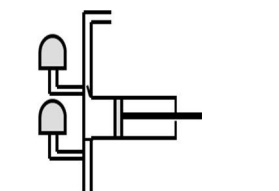