Pollution is the introduction of contaminants into the natural environment that causes adverse change, in the form of killing of life, toxicity of environment, damage to ecosystem and aesthetics of our surrounding.

Pollution is the introduction of contaminants into the natural environment that causes adverse change, in the form of killing of life, toxicity of environment, damage to ecosystem and aesthetics of our surrounding. 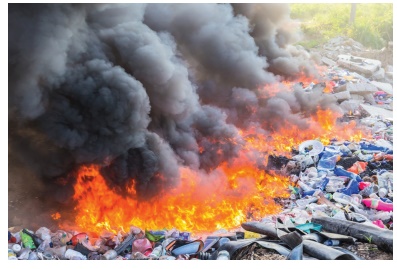 “Air pollution is the presence of any solid, liquid, or gaseous substance in the atmosphere in such concentration as may be or tend to be injurious to human beings or other living creatures or plants or property or environment”. -The Air (Prevention and Control of Pollution) Act, 1981

a)  Indoor Air Pollution: It refers to toxic contaminants that we encounter in our daily lives in our homes, schools and workplaces. For example, cooking and heating with solid fuels on open fires or traditional stoves results in high levels of indoor air pollution.

b)  Outdoor Air Pollution: It refers to ambient air. The common sources of outdoor air pollution are caused by combustion processes from motor vehicles, solid fuel burning and industry.

1. Vehicleexhaustsmoke: Vehicles smoke happens to release high amounts of Carbon monoxide. Millions of vehicles are operated every day in cities, each one leaving behind its own carbon footprint on the environment.

2.  Fossil fuel based power plants: Fossil fuels also present a wider scale problem when they are burned for energy in power plants. Chemicals like sulfur dioxide are released during the burning process, which travel straight into the atmosphere. These types of pollutants react with water molecules to yield something known as acid rain.

5.  Natural Causes: Earth is one of the biggest polluters itself, through volcanoes, forest fires, and dust storms. They are nature-borne events that dump massive amounts of air pollution into the atmosphere.

6.  Household activities: Household activities like cooking, heating and lighting, use of various forms of mosquito repellents, pesticides and chemicals for cleaning at home and use of artificial fragrances are some of the sources that contribute to air pollution.

2.  Global warming: Increasing temperature in the atmosphere leads to global warming and thereby to increase sea level rise and melting of polar icebergs, displacement and loss of habitat.

3.  Acid rain: Harmful gases like nitrogen oxides and sulfur oxides are released into the atmosphere during the burning of fossil fuels. Acid rain causes great damage to human beings, animals and crops.

4.  Eutrophication: Eutrophication is a condition where high amount of nitrogen present in some pollutants which adversely affects fish, plants and animal species.

5.  Effect on Wildlife: Toxic chemical present in the air can force wildlife species to move to new place and change their habitat.

1.        Establishment of industries away from the towns and cities

2.        Increasing the length of the Chimneys in industries

“The introduction (directly or indirectly) of substances or energy into the marine environment (including estuaries) results in deleterious effects to living resources, hazards to human health, hindrance to marine activities. - United Nations, 1971 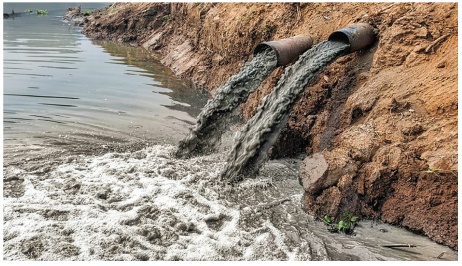 1. Discharge of sewage and waste water: Sewage, garbage and liquid waste of households, agricultural runoff and effluents from factories are discharged into lakes and rivers. These wastes contain harmful chemicals and toxins which make the water poisonous for aquatic animals and plants.

3..  Discharge of industrial sastes: Industrial waste contains pollutants like asbestos, lead, mercury, grease oil and petrochemicals, which are extremely harmful to both people and environment.

4.  Oil Spill: Sea water gets polluted due to oil spilled from ships and tankers while travelling. The spilled oil does not dissolve in water and forms a thick sludge polluting the water.

6.  Global warming: Due to global warming, there is an increase in water temperature as a result aquatic plants and animals are affected.

7.  Eutrophication: Eutrophication is an increased level of nutrients in water bodies. This results in bloom of algae in water. It also depletes the oxygen in water which negatively affects fish and other aquatic animal population.

Water pollution adversely affects the health and life of man, animals and plants alike. Polluted water is also harmful for agriculture as it adversely affects the crops and the soil fertility. Pollution of sea water damages the oceanic life. The effects can be catastrophic, depending on the kind of chemicals, concentrations of the pollutants. The effects of water pollution are varied and depend on what chemicals are dumped and in which locations. Many water bodies near urban areas are highly polluted. This is the result of both garbage dumped by individuals and dangerous chemicals legally or illegally dumped by manufacturing industries, health centers and markets.

i. Death of aquatic animals: The main problem caused by water pollution is that it kills organisms that depend on these water bodies. Dead fish, crabs, birds and sea gulls, dolphins, and many other animals often wind up on beaches, killed by pollutants in their habitat.

ii. Disruption of food-chains: Pollution disrupts the natural food chain as well. Pollutants such as lead and cadmium are eaten by tiny animals. Later, these animals are consumed by fish and the food chain continues disrupted at all higher levels.

iv.  Destruction of Ecosystems: Ecosystems can be severely destroyed by water pollution. Many areas are now being affected by careless human pollution, and this pollution is coming back to hurt humans in many ways.

6.  Stringent actions towards illegal dumping of waste into the water bodies. 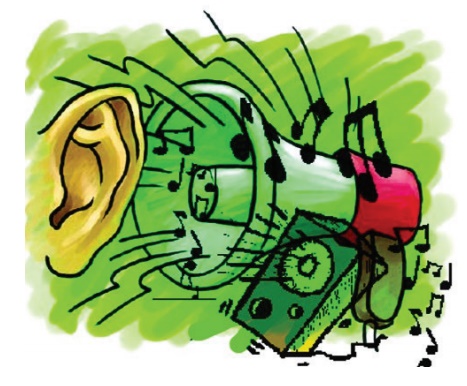 Noise pollution is unwanted or excessive sound that can have deleterious effects on human health and environmental quality. Noise pollution is commonly generated by many factories. It also comes from highway, railway and airplane traffic and from outdoor construction activities. -Jerry A. Nathanson and Richard E. Berg, 2018

i.   Atmospheric Noise: Atmospheric noise or static is caused by lighting discharges  in thunderstorms  and other natural electrical disturbances occurring in the atmosphere.

iii. Crackers: Enormous Crackers are used during some occasions. Such activities create a very louder noise to the level of harming the public. Sometimes, they may even cause deafness to children and aged.

iv. Factory machinery: The industrial noise caused by continuous operation of mills, machines and pneumatic drills, is unbearable nuisance to the workers.

5.        Installations of noise barriers in the work place 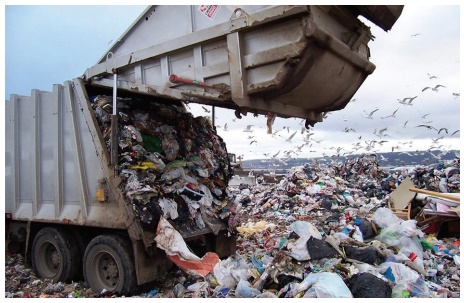 ii. Pesticides and Fertilizers: Many farming activities engage in the application of fertilizers, pesticides and insecticides for higher crop yield which pollute land.

iii. Deforestation: Humans depend on trees for many things including life. Trees absorb carbon dioxide from the air and release Oxygen, which is needed for life. Forest helps replenish soils and help retain nutrients being washed away. Deforestation is led to land pollution.

i.   Deforestation and soil erosion: Deforestation carried out to create dry lands is one of the major concerns. Land that is once converted into a dry or barren land, can never be made fertile again, whatever the magnitude of measures to convert it.

ii.  Agricultural activities: With growing human and pet animal population, demand for food has increased considerably. Farmers often use highly toxic fertilizers and pesticides to get rid off insects, fungi and bacteria from their crops. However the overuse of these chemicals, results in contamination and poisoning of land.

iv. Landfills : Each household produces tones of garbage each year due to changing economic lifestyle of the people. Garbage like plastic, paper, cloth, wood and hospital waste get accumulated. Items that cannot be recycled become a part of the landfills that cause land pollution.

v.   Industrialization: Due to increasing consumerism more industries were developed which led to deforestation. Research and development paved the way for modern fertilizers and chemicals that were highly toxic and led to soil contamination.

vii. Nuclear waste: The leftover radioactive materials, harmful and toxic chemicals affect human health. They are dumped beneath the earth to avoid any casualty.

1.   Soil pollution: Soil pollution is another form of land pollution, where the upper layer of the soil is damaged. This is caused by the overuse of chemical fertilizers, and pesticides. This leads to loss of fertile land. Pesticides kill not only pests and also human beings.

2.   Health Impact: The land when contaminated with toxic chemicals and pesticides lead to problem of skin cancer and human respiratory system. The toxic chemicals can reach our body through foods and vegetables.

3.  Cause for Air pollution : Landfills and waste dumping lead to air pollution. The abnormal toxic substances spread in the atmosphere cause transmit respiratory diseases among the masses.

4.  Effect on wildlife: The animal kingdom has suffered mostly in the past decades. They face a serious threat with regards to loss of habitat and natural environment. The constant human activity on land is leaving it polluted, forcing these species to move farther away. Sometimes several species are pushed to the verge of extinction or disappear due to no conducive environment.

v.               Disposing unwanted garbage properly either by burning or by burying under the soil.