Linkage between Economy and Environment

Man’s life is interconnected with various other living and non-living things.

Linkage between Economy and Environment

Man’s life is interconnected with various other living and non-living things. The life also depends on social, political, ethical, philosophical and other aspects of economic system. In fact, the life of human beings is shaped by his living environment. The relationship between the economy and the environment is generally explained in the form of a “Material Balance Model’’ developed by AlenKneese and R.V. Ayres. The model considers the total economic process as a physically balanced flow between inputs and outputs. Inputs are bestowed with physical property of energy which is received from the environment. The interdependence of economics and environment is given in the figure10.1 and flow diagram 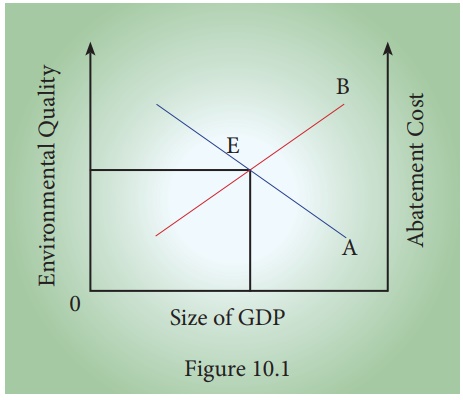 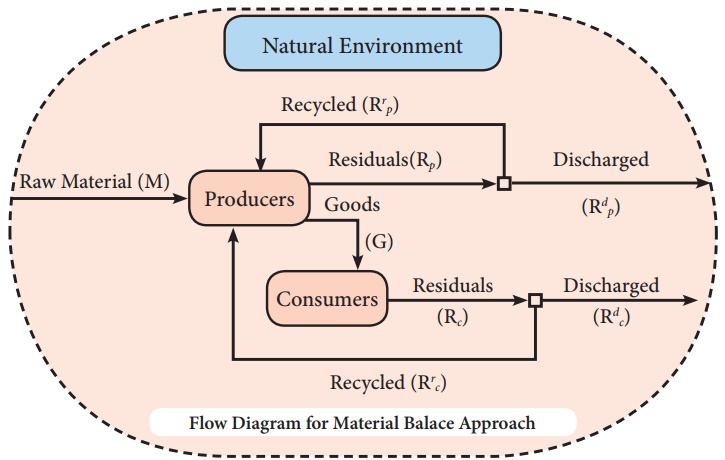 The first law of thermodynamics, i.e. the law of conservation of matter and energy, emphasizes that in any production system “what goes in must come out”. This is known as the Material Balance Approach or Material Balance Principle. The material flow diagram implies that mass inputs must equal mass outputs for every process. Moreover, all resources extracted from the environment eventually become unwanted wastes and pollutants. Production of output by firms from inputs resulting in discharge of solid, liquid and gaseous wastes. Similarly, waste results from consumption activities by households. In short, material and energy are drawn from environment, used for production and consumption activities and returned back to the environment as wastes. In its simple form the Material Balance Approach can be put in form equation. 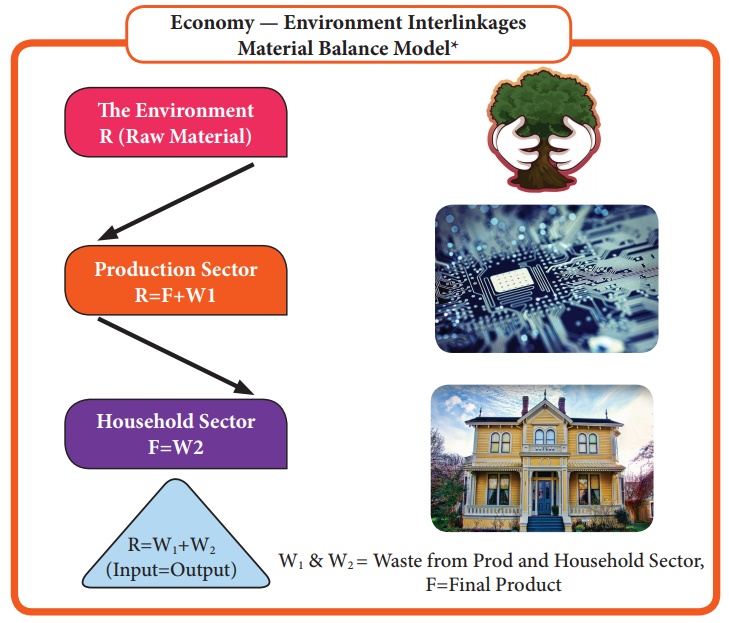 Is it alright? Environment is the supplier of all forms of resources like renewable and non-renewable, and it is also acting as a sink for cleaning up of wastes. Households and firms are connected to environment, and they are interconnected too. Households and firms depend on nature for resources. Both households and firms send out residuals of consumption and production respectively to nature. Nature has the power to assimilate all forms of waste. But this power is conditional. There is a limit for everything. The earth has reached the saturation point and it is unable to cleanup several forms of wastes. Remember, the earth can also non-cooperate!