We noted earlier that food security includes nutrition security too. Though our country has reached self-sufficiency in food production, the nutrition status of the population has not seen corresponding levels of improvement.

We noted earlier that food security includes nutrition security too. Though our country has reached self-sufficiency in food production, the nutrition status of the population has not seen corresponding levels of improvement. In2015–16, 27% of the rural women and 16% of theurban women (in the age groupof 15–49 years) Underweight Child were counted as undernourished or chronically energy deficient by the National Family Health Survey. 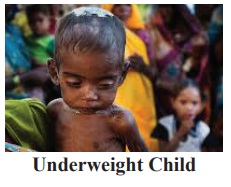 More than half of the women in the reproductive age group (15–49 years) in both rural and urban India were anaemic in 2015– 16. As regards children, about 60% of the rural and 56% of the urban children (in the age group of 6–59 months) are counted to be anaemic, in 2015–16. About 41% of the rural and 31% of urban children are stunted, that is, they are not of the required height in correspondence to their age. Another indicator of nutrition deficiency among children is “underweight”, which is weight in relation to age. In India, in 2015–16, about 20% of children(in the age group of 6–59 months) in rural and urban India are estimated to be underweight. 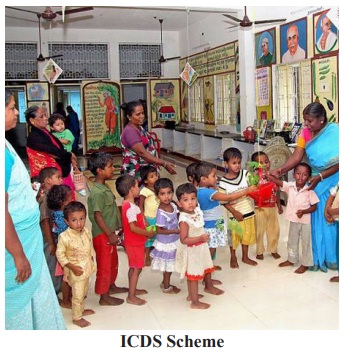 Nutrition plays a crucial role in human health and well-being. At the national level, despite higher economic growth, improvements in human development indicators like nutrition levels of the population have been unacceptably slow. A large number of Indian children are stunted. A substantial number of Indian children and women are underweight, anaemic and suffer from micronutrient deficiencies. To address these concerns, the Central and state governments have been channellising substantial resources into various health and nutrition schemes and programmes like Integrated Child Development Services (ICDS), mid-day meals, Reproductive and Child Health Programmes (RCH) and National Rural Health Mission (NRHM). However, an effective scaling up of these efforts is required to mitigate the incidence of under-nutrition in the country.

Tamil Nadu has played a pioneering role in bringing about significant changes in the health and nutrition status of children under six years of age, pregnant women, lactating mothers and adolescent girls. The Government of Tamil Nadu’s successive budget outlays for nutrition and health are the highest in the country. The performance of the ICDS scheme and the Puratchi Thalaivar MGR Nutritious Meal Programme (PTMGRNMP) in Tamil Nadu are considered one of the best in the country.

The Government of Tamil Nadu’s policy for “A Malnutrition Free Tamil Nadu” guides the state’s long-term multi-sectoral strategy for eliminating malnutrition. The goal is “reducing human malnutrition of all types to the levels of best performing countries”.In Tamil Nadu, ICDS is being implemented through 54,439 Child Centres (comprising 49,499 Anganwadi Centres and 4,940 Mini Anganwadi Centres) in 434 Child Development Blocks (385 rural, 47 urban and 2 tribal).

With steady expansion into unreached areas, increasing coverage of marginalised groups, enhanced allocations and enlarged scope of services, ICDS is now considered to be one of the world’s largest programmes of its kind.

1. Under Dr. Muthulakshmi Reddy Maternity Benefit Scheme, financial assistance to the tune of ₹ 12,000 is being disbursed to poor pregnant women.

2. The Chief Minister’s Comprehensive Health Insurance Scheme was launched in the state in 2011-12 with the aim to provide Universal Healthcare to all by providing free medical and surgical treatment.

4. The School Health Programme emphasises on providing comprehensive healthcare services to all students studying in Government and Government-aided schools.

5. The National Leprosy Eradication programme is being implemented in the state with the aim to detect and to provide sustained regular treatment to all leprosy patients. 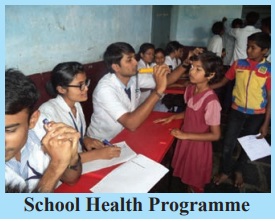 Some Nutrition Programmes in Tamil Nadu 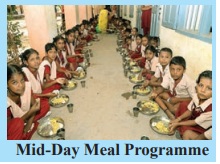