The Multi-dimensional Poverty Index (MPI) was launched by the United Nations Development Programme (UNDP) and the Oxford Poverty Human Development Initiative (OPHI) in 2010.

The Multi-dimensional Poverty Index (MPI) was launched by the United Nations Development Programme (UNDP) and the Oxford Poverty Human Development Initiative (OPHI) in 2010. The basic philosophy and significance of MPI is that it is based on the idea that poverty is not unidimensional, and that it is rather multi-dimensional.

Multi-dimensional poverty is made up of several factors that constitute poor people’s expe-rience of deprivation such as health, education, living standards, income, disempowerment, quality of work and threat from violence.

Over the last decades, Tamil Nadu has made a significant progress in poverty reduction. The districts in Tamil Nadu are classified into three categories, namely high-poverty districts (more than 40% of the population living below poverty line), moderately poor districts (30% to 40%) and low level poverty districts (below 30%). 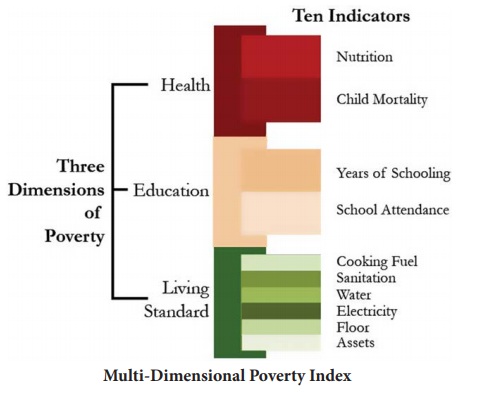 After 1994, poverty has declined steadily in both rural and urban areas of Tamil Nadu and the state has a smaller share of India’s poor relative to its population. After 2005, the poverty reduction in this state has been faster than in many other states in India. Tamil Nadu leads in the poverty alleviation programmes during 2014–2017. Government of India is implementing many policies and programmes to eradicate poverty.

These policies and programmes, if continued, will completely eradicate the poverty in the state. In future, Tamil Nadu can become a model of development in india. 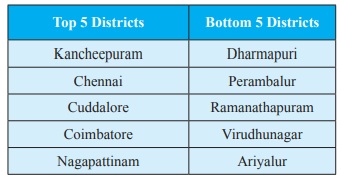