Non-Brahmin Movement and the Challenge to Congress

Non-Brahmin Movement and the Challenge to Congress

(a) The South Indian Liberal Federation

The non-Brahmins organised themselves into political organisations to protect their interests. In 1912 the Madras Dravidian Association was founded. C. Natesanar played an active role as its secretary. In June 1916 he established the Dravidian Association Hostel for non-Brahmin students. On 20 November 1916 a meeting of about thirty non-Brahmins was held under the leadership of P. Thyagarayar, Dr. T.M. Nair and C. Natesanar at Victoria Public Hall in Chennai. The South Indian Liberal Federation (SILF) was founded to promote the interests of the non-Brahmins. 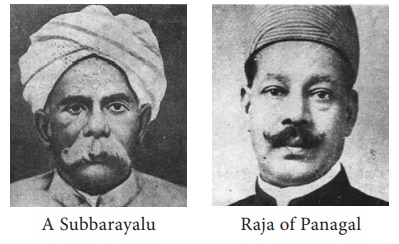 A draconian Anarchical and Revolutionary Crimes Act, popularly known as the Rowlatt Act, after the name of Sir Sidney Rowlatt, who headed the committee that recommended it was passed in 1919. Under the Act anyone could be imprisoned on charges of terrorism without due judicial process. Indians were aghast at this. Gandhi gave voice to the anger of the people and adopted the Satyagraha method that he had used in South Africa.

On 18 March 1919 Gandhi addressed a meeting on Marina Beach. On 6 April 1919 hartal was organised to protest against the “Black Act”. Protest demonstrations were held at several parts of Tamil Nadu. 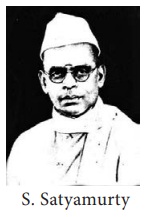 Processions from many areas of the city converged in the Marina beach where there was a large gathering. They devoted the whole day to fasting and prayer in the Marina beach. Madras Satyagraha Sabha was formed. Rajaji, Kasturirangar, S. Satyamurty and George Joseph addressed the meeting. A separate meeting of workers was addressed by V. Kalyanasundaram (Thiru. V. Ka) B.P. Wadia and V.O.C. An important aspect of the movement was that the working classes, students and women took part in large numbers.

George Joseph: George Joseph, a barrister and eloquent speaker, played a leading role in organising and publicising the cause of Home Rule League in Madurai. Though born in Chengannur (Alappuzha district, Kerala State), he chose to settle down in Madurai and practice as a people’s lawyer. He was fondly called “Rosaappu Durai” by the people of Madurai for the services he rendered to the affected communities.

Following the Jallianwala Bagh Massacre General Dyer who was responsible for it was not only acquitted of all charges but rewarded. After the First World War the Caliph of Turkey was humiliated and deprived of all powers. To restore the Caliph the Khilafat Movement was started. Muslims who had largely kept from the nationalist movement now joined it in huge numbers. In Tamil Nadu Khilafat Day was observed on 17 April 1920, with a meeting presided over by Maulana Shaukat Ali. Another such conference was held at Erode. Vaniyambadi was as the epicenter of Khilafat agitation.