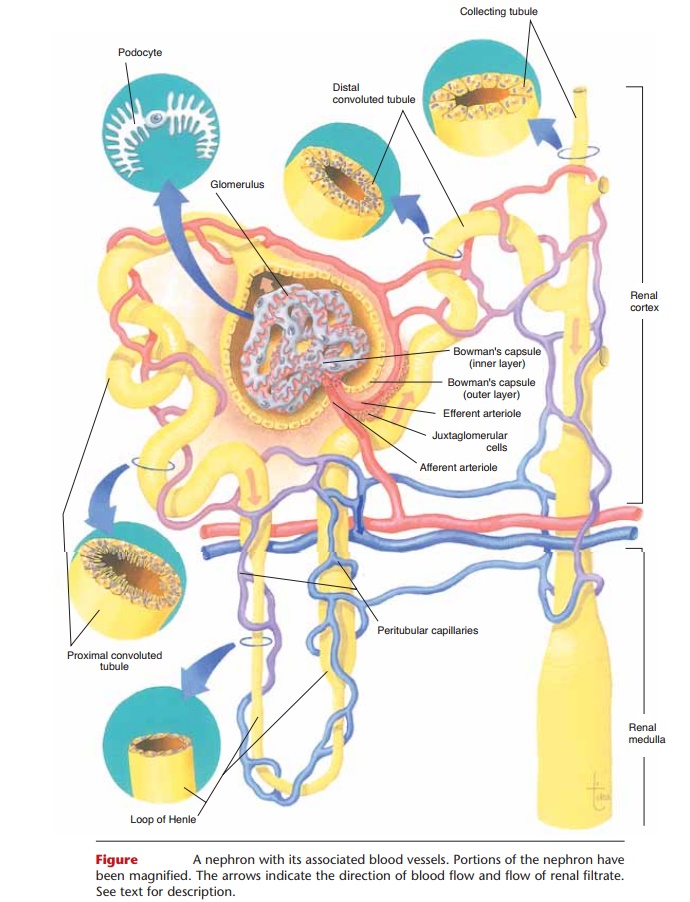 The nephron is the structural and functional unit of the kidney. Each kidney contains approximately 1 million nephrons.

The nephron is the structural and functional unit of the kidney. Each kidney contains approximately 1 million nephrons. It is in the nephrons, with their associ-ated blood vessels, that urine is formed. Each nephron has two major portions: a renal corpuscle and a renal tubule. Each of these major parts has further subdivi-sions, which are shown with their blood vessels in Fig. 18–3. 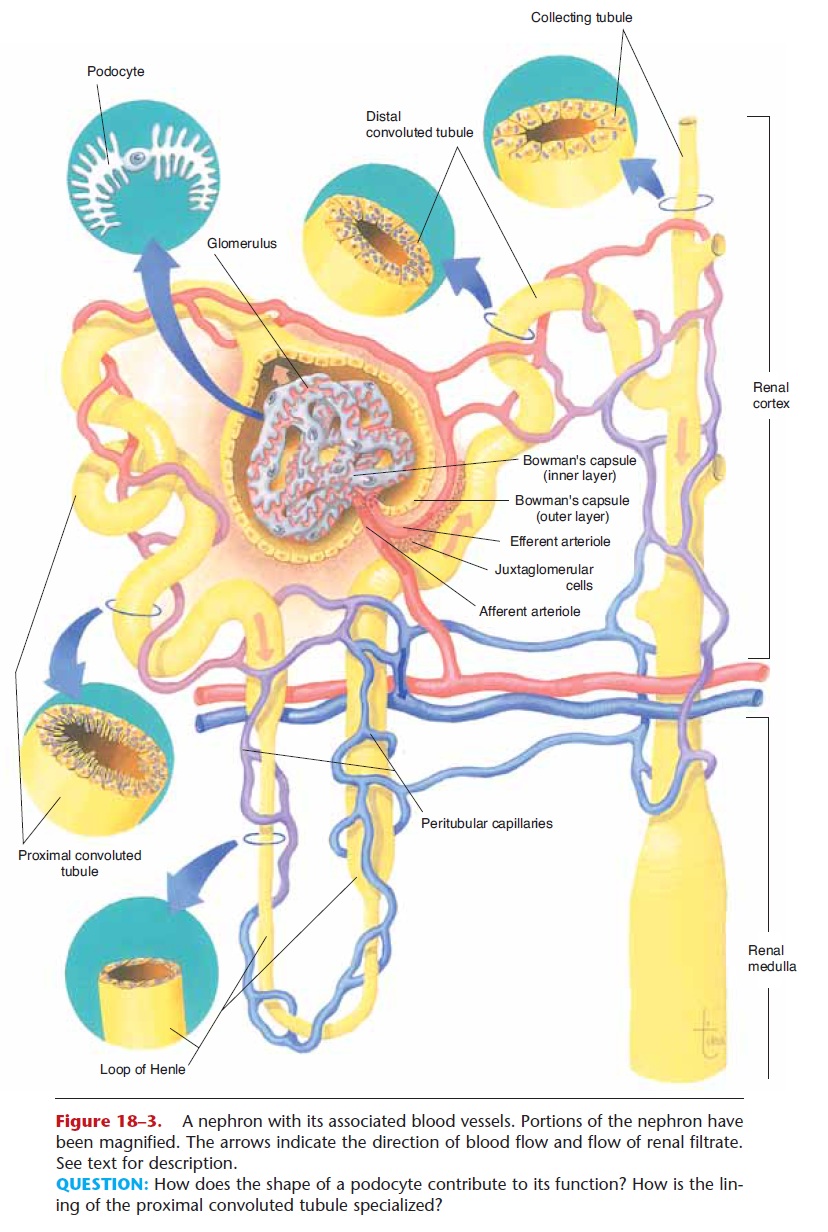 Figure 18–3. A nephron with its associated blood vessels. Portions of the nephron have been magnified. The arrows indicate the direction of blood flow and flow of renal filtrate. See text for description.

QUESTION: How does the shape of a podocyte contribute to its function? How is the lin-ing of the proximal convoluted tubule specialized?

Cross-sections of the parts of the renal tubule are shown in Fig. 18–3. Notice how thin the walls of the tubule are, and also the microvilli in the proximal con-voluted tubule. These anatomic characteristics provide for efficient exchanges of materials, as you will see. 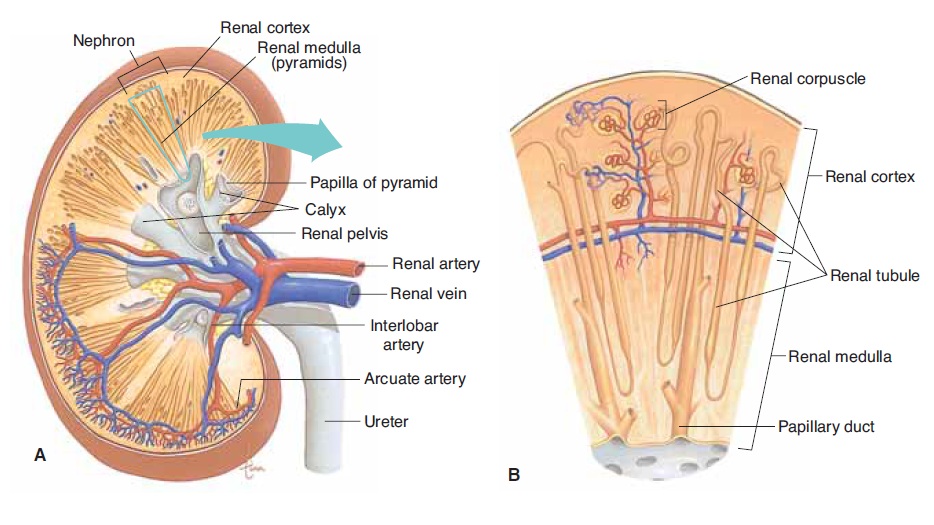 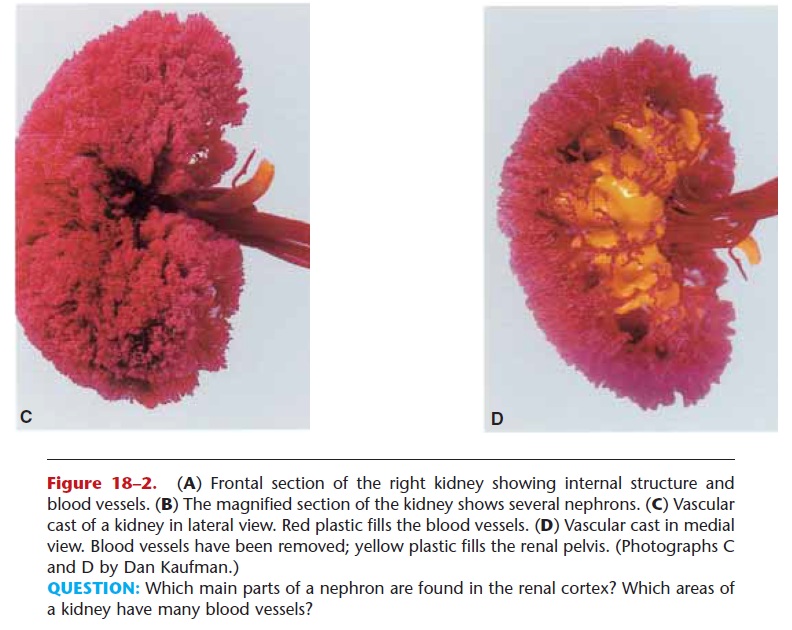