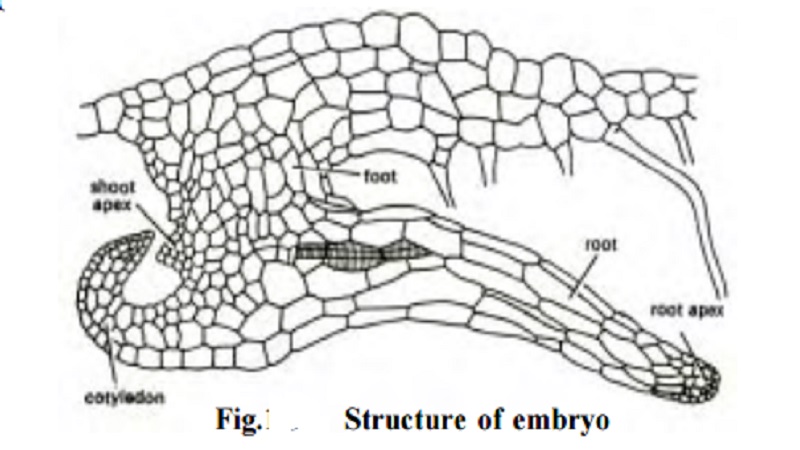 The genus Nephrolepsis is a tropical fern with about 30 species. Most of the species are found in terrestrial habitats. Some species are epiphytes e.g., N. volubilis and N. ramosa. Several species are grown as ornamental plants. In India, there are 5 species. Of these, N. acuta and N. tuberosa are common species.

The zygote, formed by the fusion of antherozoid and egg, is the starting point for the next s p o r o p h y t e generation. It increases in size and almost completely occupies the venter. By repeated divisions, the zygote develops into an embryo consisting of shoot apex, cotyledon, foot and root. The foot absorbs nutrients for the developing embryo from the prothallus. The venter forms a protective cover called calyptra for the developing embryo. The root and cotyledon grow more rapidly than the shoot and finally form a new sporophyte plant. The prothallus gradually decays once the young sporophyte is well established. 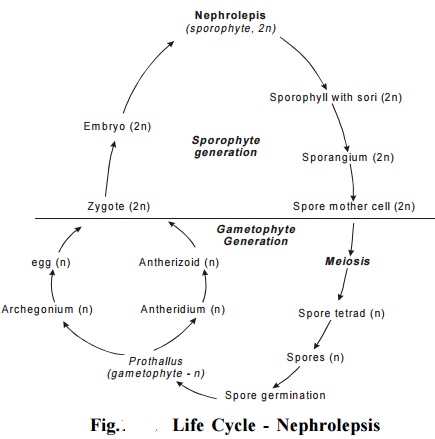