In the United Kingdom, polarization of opinions on issues relating to the status and role of monarchy led to the emergence of two parties.

A. Party system in the United Kingdom 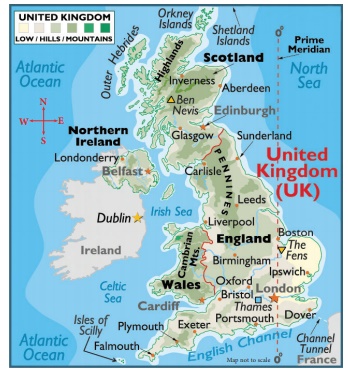 In the United Kingdom, polarization of opinions on issues relating to the status and role of monarchy led to the emergence of two parties:

A.  Tories or Conservatives and

B.  Whigs or liberals.

In the 20th century labour party became a major force eclipsing the liberals.

B. Party System in the USA 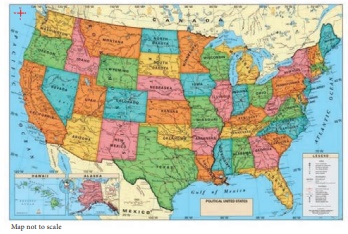 The founding fathers of the United States wanted to steer clear of political parties and the ensuing factional conflict between them. Nevertheless, after American Independence, the first parties in the newly constituted nation under the Presidency of George Washington were the Federalist Party supporting a strong national government and the Democratic Republican Party supporting state autonomy.

v   Rare around the world

v   Difficult for third parties to get on ballot

In 1828, the democratic Republican Party was renamed as the Democratic Party which championed state rights. In 1854, the Republican Party established itself on the anti slavery platform and gained pre-dominance with Abraham Lincoln as President of USA.

Since the United States settled for the Two-Party system, the Republican and Democratic parties have dominated the American political scene, though third party candidates have been floated on and off. 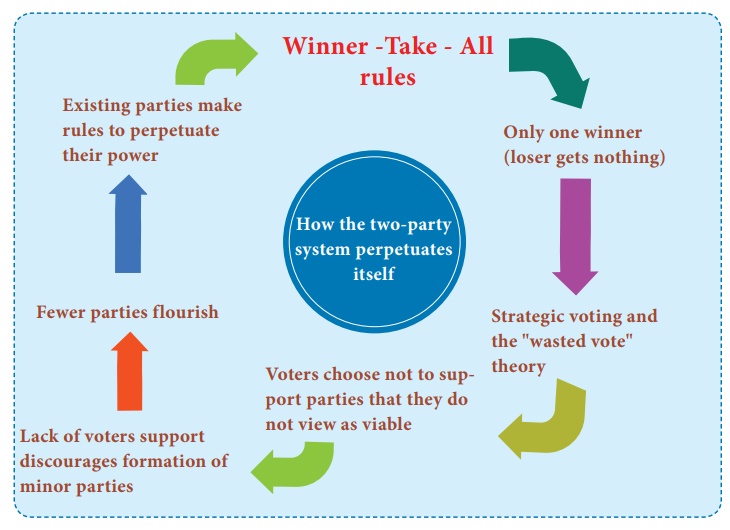 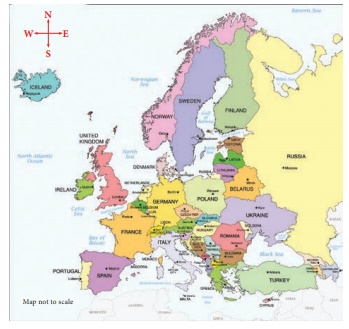 In Soviet Russia, the Bolshevik Party, was responsible for the Communist Revolution in 1917 which created the USSR (Union of Soviet Socialist Republics), popularly called the Soviet Union. The COMINTERN (Communist International) was established with the task of encouraging world communist revolution by supporting Communist parties in other countries. After the end of the Cold War era, the Communist party lost its popularity in Russia, though some minor communist parties still influence governmental policies within democratic states. Communist Parties however continue to control authoritarian governments in China and North Korea.

Democratic political systems are often reactive and responsive to the basic socio –economic values of their citizens. There has always been significant transformations in values and these are reflected in the political opinion of the people through political parties and their varying objectives. By late 20th century, socio -economic factors impacting Europe were reflected in the emergent types of parties some of which were more nationalistic and less open-minded, vocalizing their sentiments against immigration and the refugee influx that they see as a threat to European culture, security and economy. 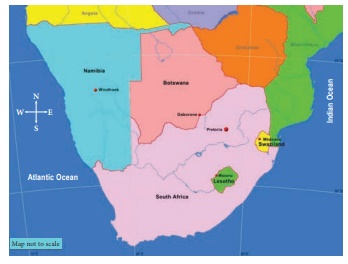 The party system in India emerged along with the rise of nationalism and out of the freedom struggle against British rule. While Indian politics today represent a multi-party system, for long periods in Indian political history, one party has dominated the political stage. The Indian National Congress (INC) was established in 1885 by A. O Hume, as the indigenous base for the political participation of Indians in legislative and political wings. 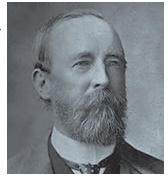 It demanded political reforms in gradual stages. After the non – cooperation movement (1921-23) Indian National Congress began to demand absolute political freedom. In the 20th century, the parties with communal agenda have also come up i.e. The All India Muslim League in 1906 and Hindu Maha Sabha in 1916. In the Madras Presidency the South Indian Liberal Federation (Justice Party) was formed to project their interest of the Non-Brahmins (Dravidian). 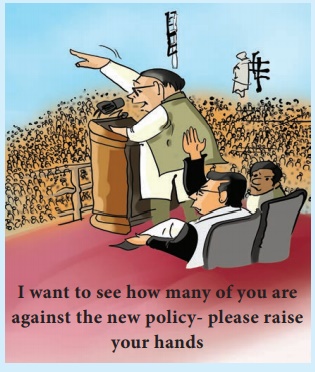 The entry of Mahatma Gandhi into the political scene with his moral-ethical focus on non-violence as a political ideology and strategy, transformed the Indian National Congress to represent all sections of Indian society - the poor agriculturalists and lower caste people. Other parties that also emerged representing specific goals which included the Swaraj Party formed by Chittaranjan Das in 1922, the Congress Socialist Party, formed in 1934 by Acharya Narendra Dev and Jayaprakash Narayan and the Communist Party, formed in the 1920’s by the efforts of M. N. Roy were the other major political parties. 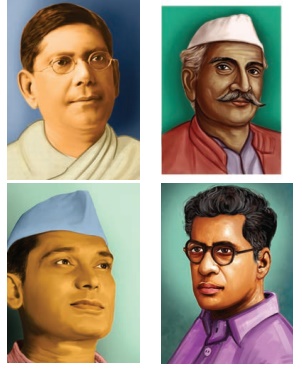 There were a number of political parties which carry on political campaigns and propaganda, but do not contest elections, they function as pressure groups. Till 1977, the Communist Party, the socialist parties, and the right wing Janasangh were the mentionable opposition parties at the national level.

Until 1977, no single party could become an alternative to Indian National Congress at national level. Hence, a number of so called national parties, under the stewardship of Jayaprakash Narayan, merged to create a large national alternative party known as Janata Party. In 1977, it captured power at the centre. Yet this party lacked cohesion and unity and became shattered after 1980. The Jana Sangh was revived with a new name Bhartiya Janata Party, Meanwhile Kanshi Ram’s Bahujan Samaj Party emerged as national level party with social justice as its main plank. The Communist Party of India (Marxist) became very powerful in a few states like Kerala,West Bengal and Tripura.

The 1990s was the period of an increasing quest towards coalition governments in Indian politics. The Indian Political System became more competitive, more democratized and more representative of the multicultural social nexus and diversity that is observed in contemporary India. It is observed that old parties became obsolete and defunct, and new parties have emerged that represent and seek to address the trans formative challenges faced by various diverse sections of the people. Since the 1990’s we see a federalization of politics with regional parties gaining greater influence, representative of regional aspirations against the dominance of the Centre. 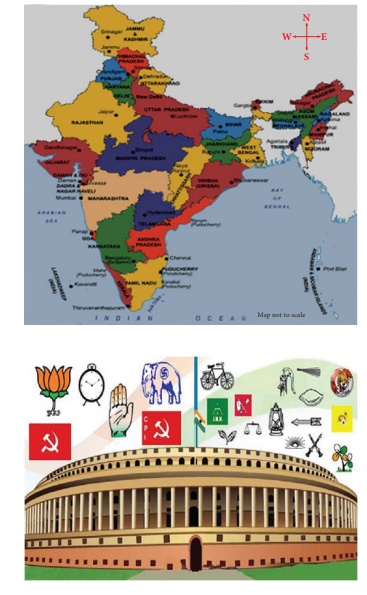 In the present period, regional alliances indicate a growing trend towards coalition governments that form an effective voice in favour of federal polity. This fragmentation is largely due to the regionalization of politics, with parties having high support base in specific areas.

While there is growing political awareness among the electorate, there is also greater mobilization along lines of regional, social and religious identities.

There is a widespread difference in the composition of political groups, and characteristics of political and social groups between one region and another. 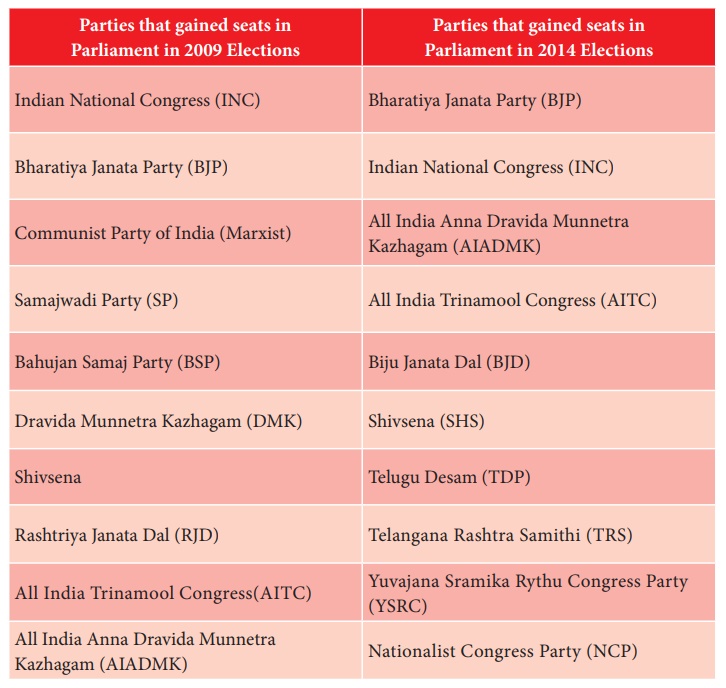 In Tamil Nadu, like most Indian states, the early independence period was dominated by the Congress party. However, issues of caste hierarchy, and the rising North South divide eroded the popularity of Congress leadership in the state. The Dravidian movement regenerated in Tamil Nadu under Periyar E.V Ramasamy and garnered popularity on assertion of Dravidian Rights and Dignity and through an anti-North, anti-Hindi, anti-Brahmin social agenda. 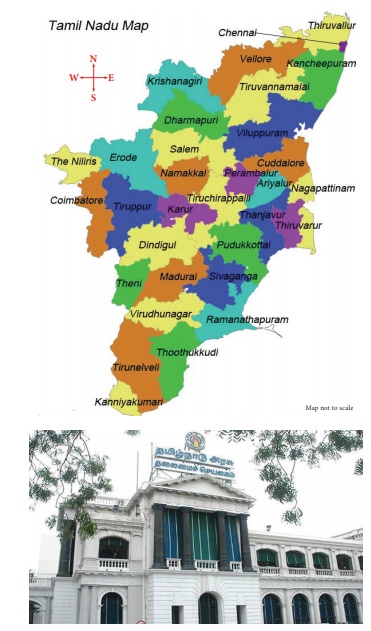 The Party System in Tamil Nadu is a pioneer model of the pre-eminence of the regional parties in state politics of independent India. There are very clear socio-economic, cultural and historical reasons for this development. The long history of rationalist and social justice movements from the colonial era and the mobilization of Dravidian consciousness since the beginning of 20th century have fundamentally transformed the nature of politics and the future of party system in state politics.