Hindrances to formation of a genuine public opinion

Public opinion needs to be the true reflection of the peoples` ideas and opinion, however there are some hindrances to genuine public opinion;

Hindrances to formation of a genuine public opinion

Public opinion needs to be the true reflection of the peoples` ideas and opinion, however there are some hindrances to genuine public opinion;

Selfish interests (Me above nation): The interest of the people seeking personal advancement over the affairs of their own country. People need to be sensitized towards important issues related to unity, commitment, integrity and progress of the nation.

Illiteracy: It is expected that literate and responsible public make good citizens by exercising their franchise without fear or favour. Illiterate masses are often misled by party workers and guided by sentiments, favours and rhetoric. A sound public opinion can be formed only in the environment of free thought and knowledge.

(a) Poverty: The poor in any country are easily influenced by the false promise of political leaders and cast their votes subjectively. Sound and objective public opinion is possible only by alleviating poverty.

(b) Racist and Caste based Discrimination: Sentiments that provoke discrimination based on caste, creed and religion create a divide among the masses that are often manipulated by political parties for their advantage. Social disharmony in the country is detrimental to the effective working of a democracy.

(c) Freedom of speech and the media: 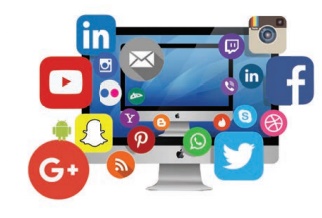 Unbiased, objective and independent media as well as respect for individual freedom of speech and assembly play a very significant role in the formation of healthy opinion. The vital importance of an independent and impartial media that respects peoples freedom and exercises responsible news reporting are important criteria for formation of mature and responsive public opinion.