In addition to requiring storage components in a memory unit, there is a need for decoding circuits to select the memory word specified by the input address.

In addition to requiring storage components in a memory unit, there is a need for decoding circuits to select the memory word specified by the input address. 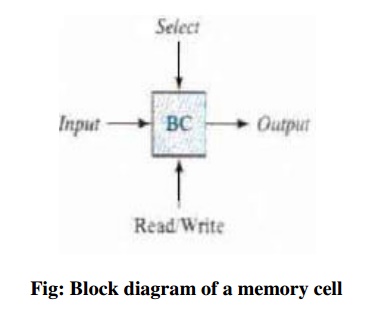 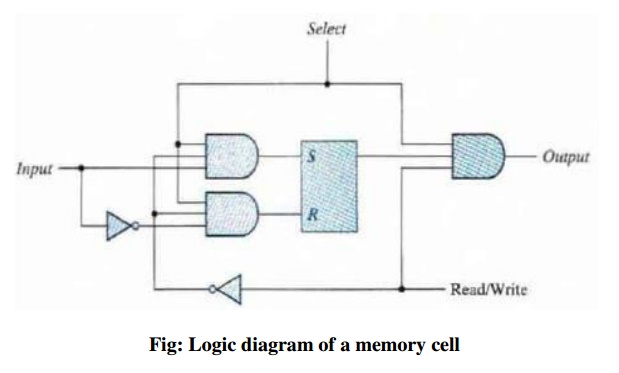 The logical construction of a small RAM consists of four words of four bits each and bas a×total of 16 binary cells. The small blocks labeled BC represent the binary cell with its three inputs and one output. A memory with four words needs two address lines. The two address inputs go through a 2 4 decoder to select one of the four words. The decoder is enabled with the memory-enable input.

When the memory enable is 0, all outputs of the decoder are 0 and none of the memory words are selected. With the memory select at 1, one of the four words is selected, dictated by the value in the two address lines.

Once a word has been selected, the read/write input determines the operation. During the read operation the four bits of the selected word go through OR gates to the output terminals.

During the write operation, the data available in the input lines arc transferred into the four binary cells of the selected word. The binary cells that are not selected are disabled and their previous binary values remain unchanged.

When the memory select input that goes into the decoder is equal to 0 none of the words are selected and the contents of all cells remain unchanged regardless of the value of the read/write input. 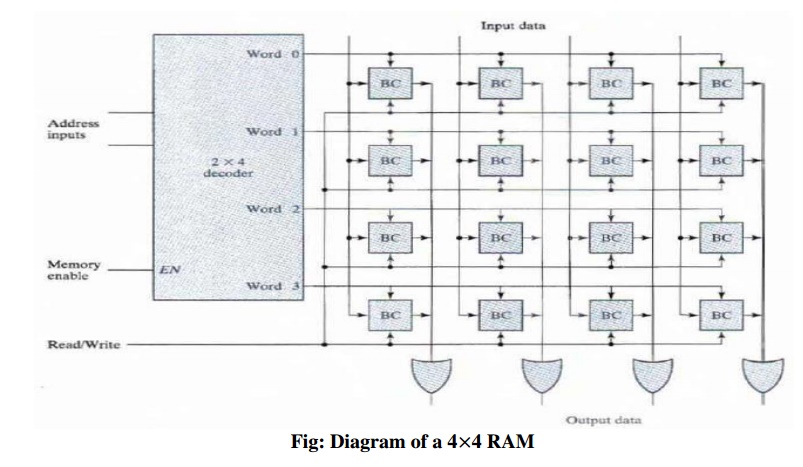 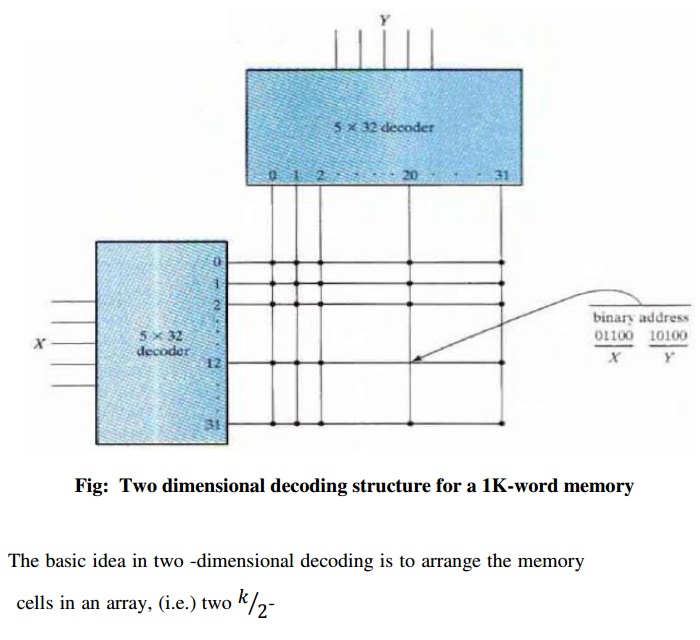 input decoders are used instead of one k-input decoder. One decoder performs the row selection and the other the column selection in a two-dimensional matrix configuration.

For example, instead of using a single 10 x 1,024 decoder, we use two 5 x 32 decoders. With the single decoder, we would need 1,024 AND gates with 10 inputs in each. The five most significant bits of the address go to input X and the five least significant bits go to input Y. Each word within the memory array is selected by the coincidence of one X line and one Y line. Thus each word in memory is selected by the coincidence between 1 of 32 rows and 1 of 32 columns, for a total of 1,024 words.

Because of large capacity, the address decoding of DRAM is arranged in a two dimensional array and larger memories often have multiple arrays. To reduce the number of pins in the IC package, designers utilize address multiplexing whereby one set of address input pins accommodates the address components.

In a two-dimensional array, the address is applied in two parts at different times, with the row address first and the column address second. Since the same set of pins is used for both parts of the address, the size of the package is decreased significantly. 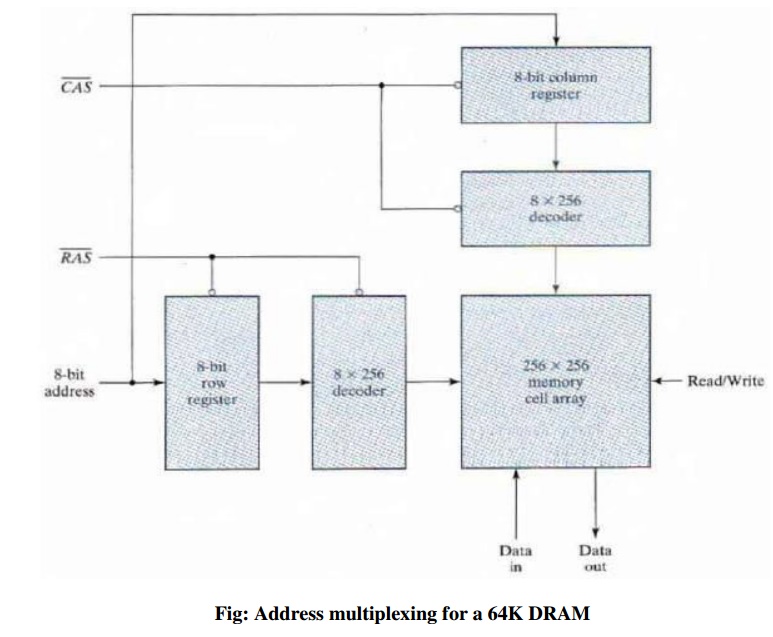 The memory consists of a two-dimensional array of cells arranged into 256 rows by 256 columns, for a total of 28 x 28 = 216 = 64K words. There is a single data input line; a single data output line, and a read/write control as well as an eight-bit address input and two address strobes, the latter included for-enabling the row and column address into their respective registers. The row address strobe (RAS) enables the eight-bit row register and the column address strobe (CAS) enables the eight-bit column register. The bar on top of the name of the strobe symbol indicates that the registers are enabled on the zero level of the signal.