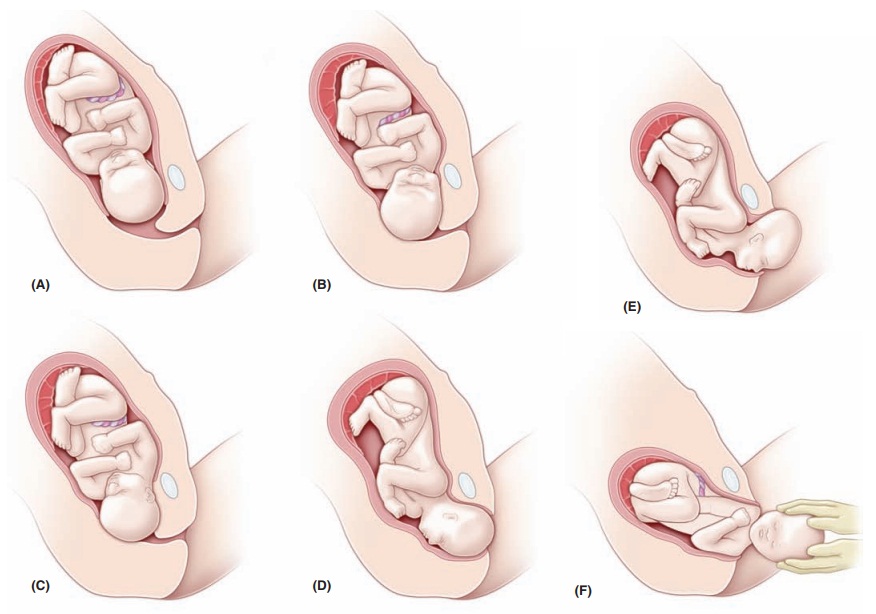 The mechanisms of labor (also known as the cardinalmovements of labor [Fig. 8.6]) refer to the changes of theposition of the fetus as it passes through the birth canal.

The mechanisms of labor (also known as the cardinalmovements of labor [Fig. 8.6]) refer to the changes of theposition of the fetus as it passes through the birth canal. The fetus usually descends to where the occipital portion of the fetal head is the lowermost part in the pelvis, and it rotates toward the largest pelvic segment. Because vertex presentation occurs in 95% of term labors, the cardinal movements of labor are defined relative to this presentation. 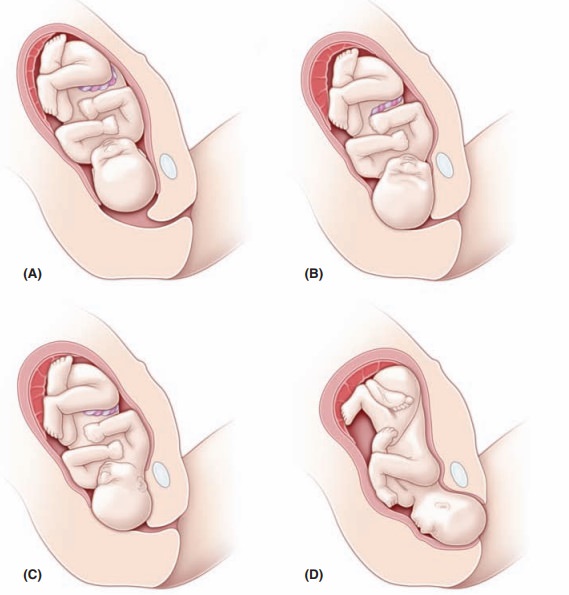 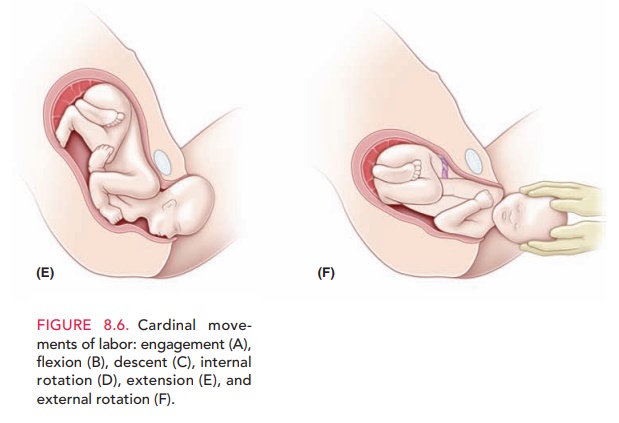 Engagement is defined as descent of the biparietaldiameter of the head below the plane of the pelvic inlet, sug-gested clinically by palpation of the presenting part below the level of ischial spines (zero station).

Engagement com-monly occurs days to weeks prior to labor in women who have not delivered a child, whereas in women who have had children it more commonly happens at the onset of active labor. In any event, the importance of this event is that it suggests that the bony pelvis is adequate to allow significant descent of the fetal head, although the extension of this to the idea that delivery through the pelvis will happen in the labor does not follow. Flexion of the fetal head allows for the smaller diameters of the fetal head to present to the maternal pelvis. Descent of the presenting part is necessary for the successful completion of passage through the birth canal. The greatest rate of descent occurs during the latter portionsof the first stage of labor and during the second stage of labor. Internal rotation, like flexion, facilitates presentation of theoptimal diameters of the fetal head to the bony pelvis, most commonly from transverse to either anterior or posterior. Extension of the fetal head occurs as it reaches the introi-tus. To accommodate the upward curve of the birth canal, the flexed head now extends. External rotation occurs after delivery of the head as the head rotates to “face forward” rel-ative to its shoulders. This is known as restitution, followed rapidly by delivery of the body, expulsion.