The term ‘Law’ was derived from an old Teutonic root ‘lag’ “which means something which lies fixed or evenly.

The term ‘Law’ was derived from an old Teutonic root ‘lag’ “which means something which lies fixed or evenly. Without law life may witness utter chaos and confusion and in fact it is law that regulates life. The word law is used to denote ‘uniform’. There are two kinds of laws. They are: physical and human law. Physical law regulates nature where as human law regulates human life. The term law in political science is used to mean body of rules to guide human action. The function of state is done through government and the government in turn interprets the will of the state through law. 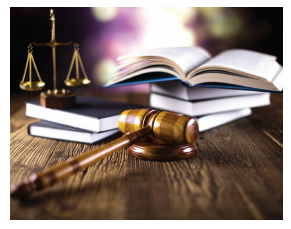 ·              “Law is that portion of the established thought and habit which has gained distinct and formal recognition in the shape of uniform rules backed by the authority and power of the government.” Said Woodrow Wilson

·              “A law is of general rule of external human action enforced by a sovereign political authority.” Said Holland

What is the purpose of Law?

According to Maclver “A law does not become a law until and unless it is backed by the state. The purpose of law is to establish sure foundations in the certitude of which men can rebuild the many mansions of society.” The term ‘Law’ is considered as a body of rules to govern human action and as well to regulate human life by the discipline Political Science. ‘It is not the issuing of law that makes the state, it is the force of the state that makes law” believe Hocking.

What are the purposes of Law?

v   Represent the will of the majority (on some issues)

v   Protecting the rights of minorities