Meaning and Definition of State

The State is the most universal and most powerful of all social institutions.

Meaning and Definition of State

The State is the most universal and most powerful of all social institutions. The State is a natural institution. Aristotle said ‘Man (Human) is a social animal and by nature s/he is a political being. To him, to live in the State and to be a man were identical. The modern term ‘state’ is derived from the word ‘status’. It was Niccolo Machiavelli (1469 – 1527) who first used the term ‘State’ in his writings. The state is necessary because it comes into existence out of the basic needs of life. It continues to remain for the sake of good life. The aims, desires, and aspirations of human beings are translated into action through the State. Though the State is a necessary institution, no two writers agree on its definition. This disagreement makes the study of the State more creative and interesting. For instance, we have social Contract theory in political science. The three main thinkers associated with social contract theory are Thomas Hobbes, John Locke and Jean Jack Rousseau. The three thinkers collectively agree that humans need to be controlled by the State. At the same time, they disagree on to what extent the control can be exercised by the State on humans.

To Woodrow Wilson, “State is people organized for law within a definite territory.”

Aristotle defined the State as a “union of families and villages having for its end a perfect and self – sufficing life by which it meant a happy and honorable life”.

To Holland, the State is “a numerous assemblage of human beings generally occupying a certain territory amongst whom the will of the majority or class is made to prevail against any of their number who oppose it.”

Burgess defines the State as “a particular portion of mankind viewed as an organised unit.”

According to Sidgwick. “State is a combination or association of persons in the form of government and governed and united together into a politically organised people of a definite territory.”

According to Garner, “State is a community of people occupying a definite form of territory free of external control and possessing an organised government to which people show habitual obedience.”

Prof. Laski defines “State as a territorial society divided into government and subjects whose relationships are determined by the exercise of supreme coercive power.” 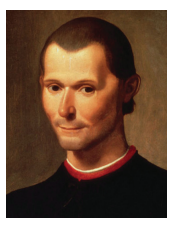