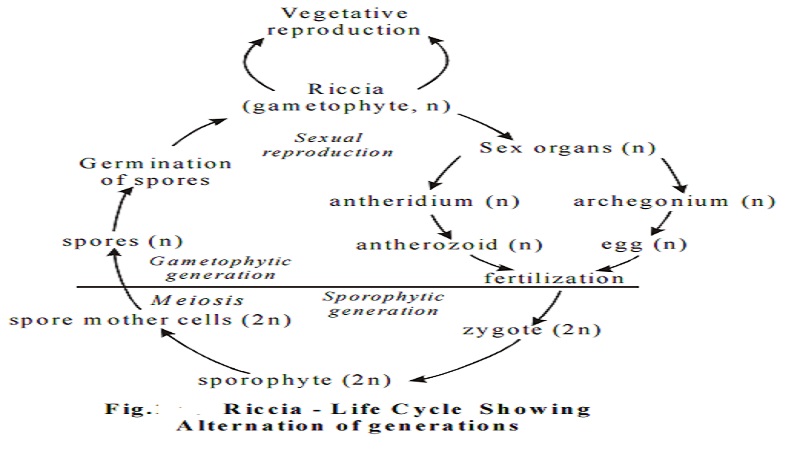 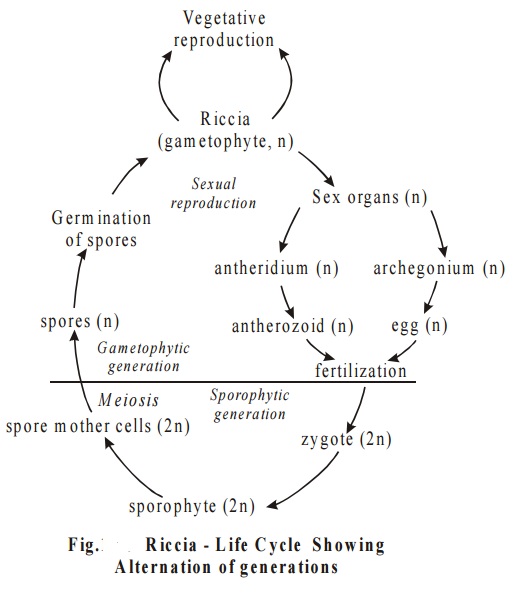 Water is indispensable for the process of fertilization. The antherozoids reach the mouth of the archegonuim through the medium of water. The mucilaginous mass of the neck region absorbs water and swells and as a result the cover cells get separated. This results in the formation of a passage which facilitates the entry of sperms or antherozoid. The antherozoids enter the mouth of the archegonuim, travel through the neck and reach the vicinity of the egg. One of the antherozoids penetrates egg cell and the fertilization is effected. Ultimately by the union of the nuclei of male and female gametes, a zygote is formed. The zygote contains 2n number of chromosomes i.e., the zygote is diploid.

The diploid zygote is the first cell of the sporophyte generation. This cell secretes a wall around it soon after the fertilization and enlarges in size and nearly fills the cavity of the venter. Afterwards it undergoes division and attains two celled stage. The upper cell is known as epibasal cell and lower cell is known as hypobasal cell.