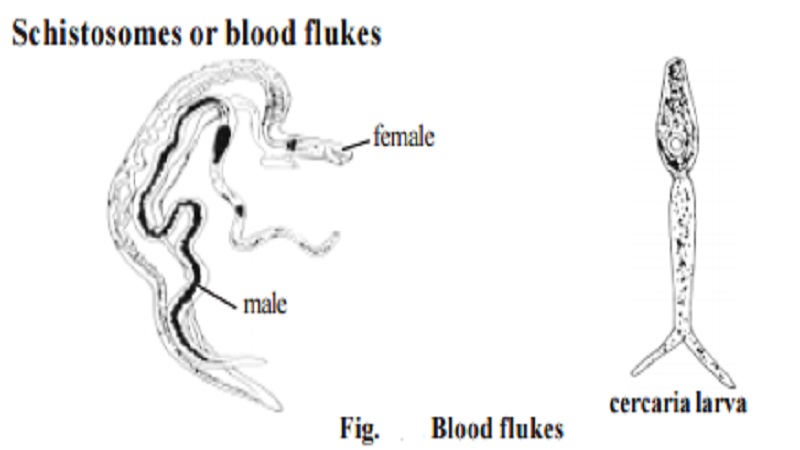 Larval microbiology deals with human diseases caused by parasitic larvae. Parasitic infections which man acquires from animals are known as zoonotic infections or zoonoses. In the zoonoses, human infections are only accidental events and the parasite is not benefited since the chain of transmission is usually broken with human infection. The term anthroponoses means infections with parasites species that are maintained in man alone. Malaria and filaria are examples. The term Zooanthroponoses refers to infections in which man is not merely an incidental host but an essential link in the life cycle of the parasite (eg., Beef and pork tapeworm.

Pathogenecity refers to the ability of microorganism to cause the disease in animals and humans. Infectious diseases more often result due to the interactions between the disease producing pathogenic microorganisms and host organisms.

The Pathogenecity of the microbes is due to several phenomena or adaptations.

4.                Some pathogens become widely distributed in different tissues or organs. This is called generalized infections.

5.                Some other pathogens can grow within the cells of host, causing severe disturbances to normal physiological processes.

6.                Yet another group, may grow extracellularly and bring damage to the body tissues by elaborating substances called toxins.

The pathogenecity differs in different strains of pathogenic species. Some strains are highly virulent. In the case of virulent strains, only a few bacterial cells may suffice to cause disease in a host. On the contrary, other strains may be less virulent, and large numbers of cells may be needed to cause the disease. Some strains may be avirulent, and are incapable of causing the disease even when large numbers of cells are inoculated into the host. Such avirulent strains are called attenuated strains. These are widely used as vaccines to elicit the immunity.

Pathogenic microbes are provided with their own mechanisms to establish infection in the host animals and humans. Similarly the hosts body has a number of defense mechanisms to mount resistance against the invasion and to prevent infection of pathogens. The antimicrobial response of hosts may be natural, non-specific and specific.

1.                It destroys or prevents the activity of a disease causing pathogen, without injuring the host tissues

2.It is able to penetrate the cells and tissues of the host and can encounter the pathogens in effective but safe concentrations or dosage.

3. It leaves the hosts natural defense or immune mechanisms such as phagocytosis or antibody production, unaffected.

4. It exhibits selective toxicity, that is it kills or inhibits the pathogenic microbes without having harmful effect or having least harm to the host.

Antibiotics are special and unique type of chemotherapeutics agents obtained from living organisms such as bacteria or fungi. The word antibiotic refers to a metabolic product of one microorganism that in very small amounts is detrimental or inhibitory to other microorganisms. The first antibiotic that was discovered was Penicillin from the fungus, Pencillium sp. by Alexander Flemming in 1929. Since then hundreds of antibiotic substances have been isolated.

The mode of action of antibiotics may be either bactericidal or bacteriostatic. The former destroys the microbial cells while the latter inhibits the growth of them. Moreover, the antibiotics may inhibit cell wall synthesis or disrupt the cell wall or damage the cytoplasmic membrane or inhibit the protein synthesis and nucleic acid synthesis (purine and pyrimidines); inhibit the specific enzyme systems and also inhibit the metabolic pathway of pathogens through competitive inhibition of key enzymes.