The point at which two separate bones meet is called a joint. Depending on the type of movement they allow, joints can be of three types: fixed, slightly movable and movable joints.

The point at which two separate bones meet is called a joint. Depending on the type of movement they allow, joints can be of three types: fixed, slightly movable and movable joints.

In this type of joint no movement is possible between the two bones. The structures between the bones of the skull box are examples of immoveable joints.

Here, only very little (partial) movement occurs between the two bones. The joint between a rib and the breast bone or between the vertebrae is the example for slightly movable joint.

Joints are the place where two bones meet or connect. Ligaments are short bands of tough fibrous connective tissues that function to connect one bone to another, forming the joint. Tendons are made of elastic tissues and they also play a key role in the functioning of joints.

In this type, varying degree of movements is possible between the two bones forming the joint. There are six major types of movable joints. They are given below in Table 19.2. 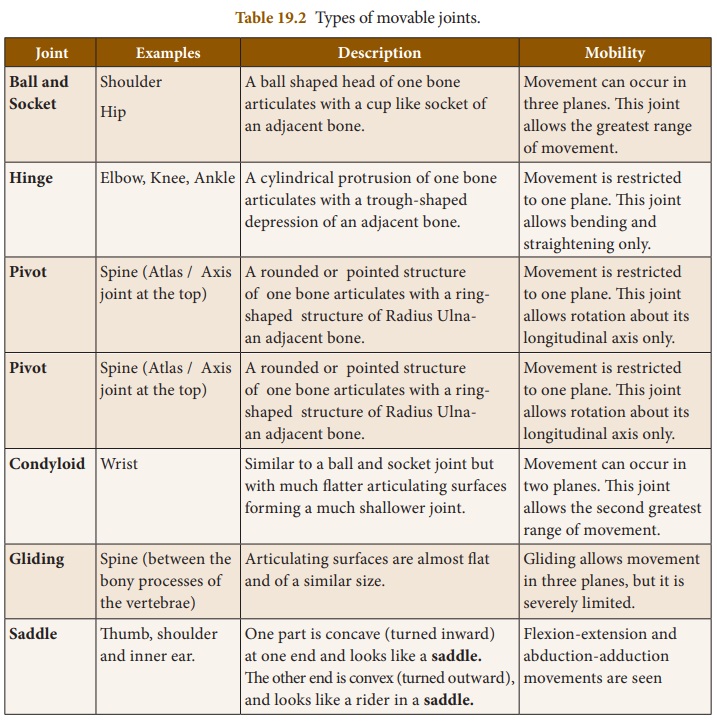 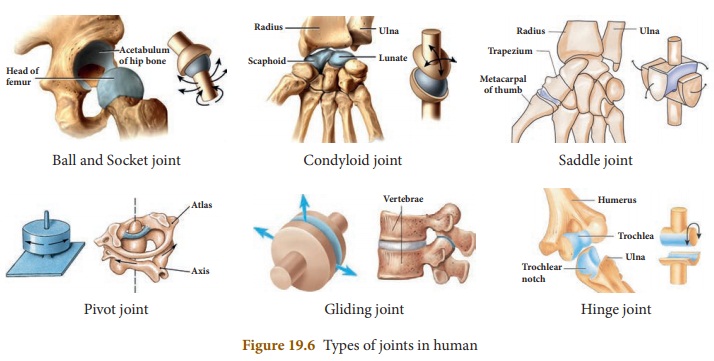 A synovial joint is a joint which makes connection between two bones consisting of a cartilage lined cavity filled with fluid, which is known as a diarthrosis joint. These are the most flexible type of joint between bones, because the bones are not physically connected and can move more freely in relation to each other. 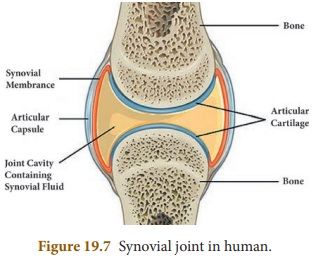 Synovial joints have four main distinguishing features. They are shown in Table 19.3.

Inflammation of joints is a condition that usually results either due to friction of articulating cartilage or due to lack of synovial fluid in the joint. During this condition, the person feels acute pain in joints particularly while moving joints. This disease is referred to as arthritis. Arthritis is however also caused due to the deposition of uric acid crystals in the joints.