The correlation coefficient is an useful statistical tool for describing the type ( positive or negative or uncorrelated ) and intensity of linear relationship (such as moderately or highly) between two variables.

Francis Galton (1822 -1911) was born in a wealthy family. The youngest of nine children, he appeared as an intelligent child. Galton’s progress in education was not smooth. He dabbled in medicine and then studied Mathematics at Cambridge. In fact he subsequently freely acknowledged his weakness in formal Mathematics, but this weakness was compensated by an exceptional ability to understand the meaning of data. Many statistical terms, which are in current usage were coined by Galton. For example, correlation is due to him, as is regression, and he was the originator of terms and concepts such as quartile, decile and percentile, and of the use of median as the midpoint of a distribution. 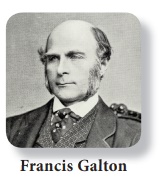 The concept of regression comes from genetics and was popularized by Sir Francis Galton during the late 19th century with the publication of regression towards mediocrity in hereditary stature. Galton observed that extreme characteristics (e.g., height) in parents are not passed on completely to their offspring. An examination of publications of Sir Francis Galton and Karl Pearson revealed that Galton's work on inherited characteristics of sweet peas led to the initial conceptualization of linear regression. Subsequent efforts by Galton and Pearson brought many techniques of multiple regression and the product-moment correlation coefficient. 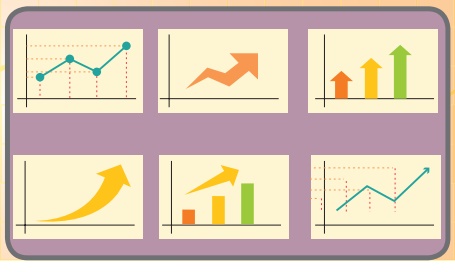 The student will be able to