Definition and Types of Regression 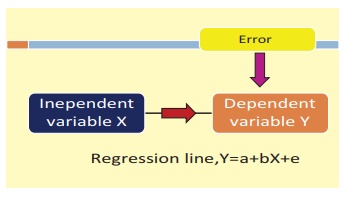 The general form of the simple linear regression equation is Y = a + bX + e, where ‘X’ is independent variable, ‘Y’ is dependent variable, a’ is intercept, ‘b’ is slope of the line and ‘ e’ is error term. This equation can be used to estimate the value of response variable (Y) based on the given values of the predictor variable (X) within its domain. 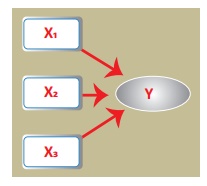 Here, Y represents the dependent (response) variable, Xi represents the ith independent variable (regressor), a and bi are the regression coefficients and e is the error term.

These benefits help market researchers / data analysts / data scientists to eliminate and evaluate the best set of variables to be used for building regression models for predictive purposes.