Difference Between Correlation and Regression

Correlation indicates only the nature and extent of linear relationship. Regression is the study about the impact of the independent variable on the dependent variable. It is used for predictions.

DIFFERENCE BETWEEN CORRELATION AND REGRESSION 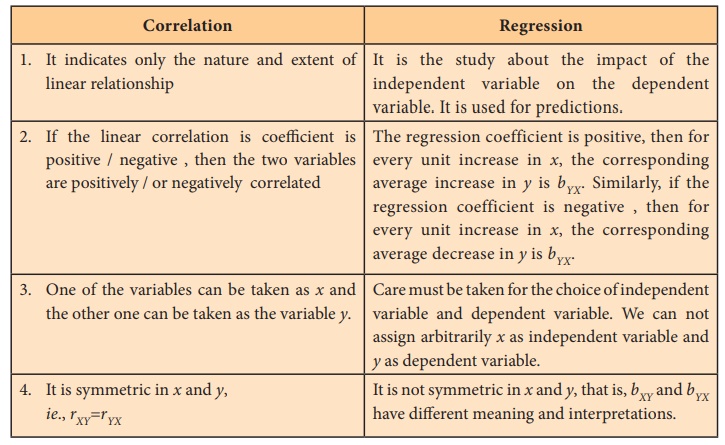 1. It indicates only the nature and extent of linear relationship

2. If the linear correlation is coefficient is positive / negative , then the two variables are positively / or negatively correlated

4. It is not symmetric in x and y, that is, bXY and bYX  have different meaning and interpretations.