Several networks, small and big all over the world, are connected together to form a Global network called the internet.

Several networks, small and big all over the world, are connected together to form a Global network called the internet. The internet uses TCP/IP(Transmission Control Protocol/ Internet Protocol ) to transmit data via various types of media. TCP/IP is not a single networking protocol – it is a suite of protocols named after the two most important protocols or layers within it – TCP and IP. As with any form of communication, two things are needed: a message to transmit and the means to reliably transmit the message.The internet protocol (IP) addressing system is used to keep track of the millions of users. Each computer on net is called as host. The internet is the most cost-effective method of communications in the world. Examples of few services available are: 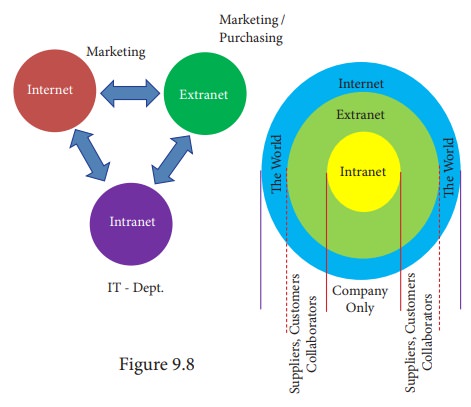 The Internet works by using a protocol called TCP/IP. TCP/IP allows one computer to talk to another computer via the Internet through compiling packets of data and sending them to right location.

An extranet is a private network that uses Internet technology and the public telecommunication system to securely share part of a business's information or operations with suppliers, vendors, partners, customers, or other businesses.

Vinton Gray Cerf (1943) an American Computer Scientist, is widely known as "Father of the Internet" shares this title with TCP/IP co-inventor Bob Kahn. He was also involved in the formation of ICANN

It is a name or an identity which become a online identity and can be access by the web browser when connected to internet. 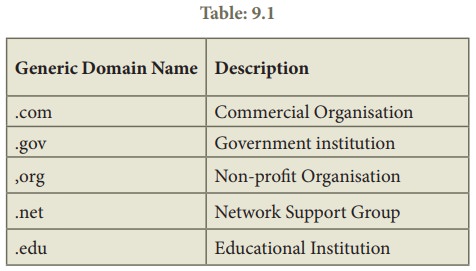 The heart of intranets and the internet is called as the Domain Name System(DNS), the way computers can contact each other and do things such as exchange electronic mail or display Web pages. The Internet Protocol (IP) uses this Internet address information and the DNS to deliver mail and other information from computer to computer

.us    United States of America

Every  server  on  the  internet has an IP number, a unique number consisting of four parts separated by dots. The IP number is the server’s address 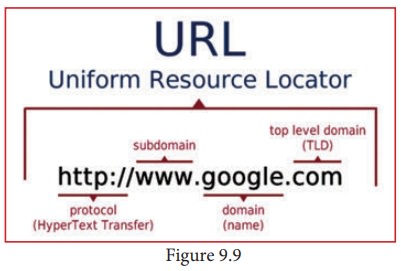 At times the number keeps changing hence it is harder for people to remember number than to remember word combinations. So, addresses are given “word-based” addresses called URL. The URL and the IP number are one and the same.

A URL is an address that shows where a particular page can be found on the World Wide Web. URL is an abbreviation for 'Uniform Resource Locator (URL)'.

Who Governs the Internet?

One of the most frequently asked questions about the internet is, “ Who runs it?” The truth is that no centralized management of the internet exists.

The internet as a whole does not have a single controller. But the internet society, which is a voluntary membership organization, takes the responsibility to promote global information exchange through the internet technology. Internet Corporation for Assigned Names and Numbers( ICANN) administers the domain name registration. It helps to avoid a name which is already registered.

W3C stands for "World Wide Web Consortium." The W3C is an international community that includes a full-time staff, industry experts, and several member organizations. These groups work together to develop standards for the World Wide Web.

The World Wide Web Consortium (W3C) is an international organization committed to improving the web. It is made up of several hundred member organizations from a variety of related IT industries. W3C sets standards for the World Wide Web (WWW) to facilitate better communication ability and cooperation among all web stakeholders. It was established in 1994 by the creator of the WWW, Tim Berners-Lee. 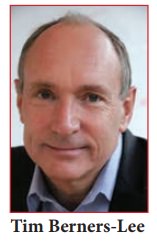