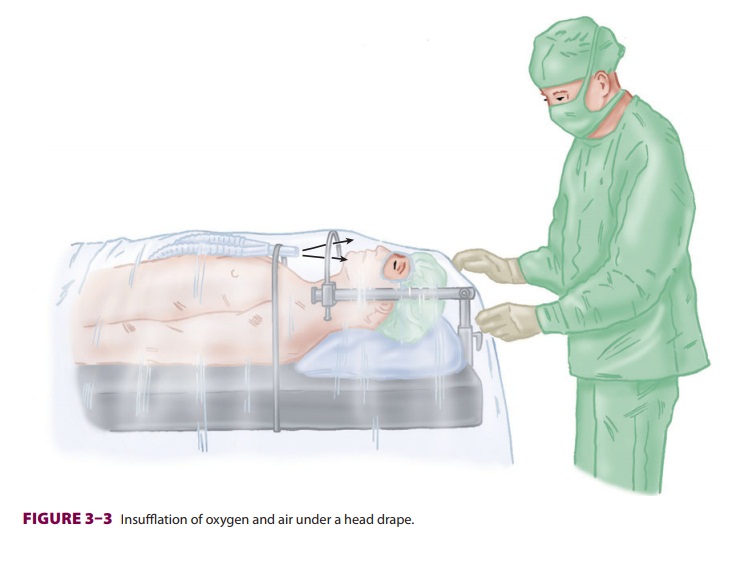 The term insufflation usually denotes the blowing of anesthetic gases across a patient’s face.

The term insufflation usually denotes the blowing of anesthetic gases across a patient’s face. Although insufflation is categorized as a breathing system, it is perhaps better considered a technique that avoids direct connection between a breathing circuit and a patient’s airway. Because children often resist the placement of a face mask (or an intravenous line), insufflation is particularly valuable during induc-tions with inhalation anesthetics in children (Figure 3–2). It is useful in other situations as well. Carbon dioxide accumulation under head and neck draping is a hazard of ophthalmic surgery per-formed with local anesthesia. Insufflation of air across the patient’s face at a high flow rate (>10 L/min) avoids this problem, while not increas-ing the risk of fire from accumulation of oxygen(Figure 3–3). Because insufflation avoids any direct patient contact, there is no rebreathingof exhaled gases if the flow is high enough. Ventilation cannot be controlled with this technique, however, and the inspired gas contains unpredict-able amounts of entrained atmospheric air. 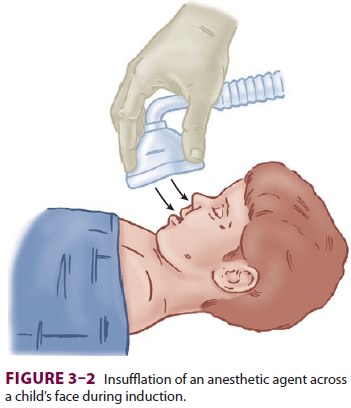 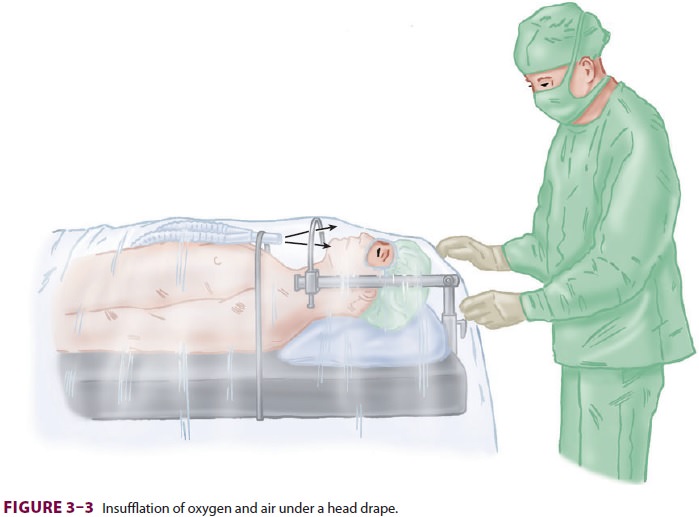 Insufflation can also be used to maintain arterial oxygenation during brief periods of apnea (eg, dur-ing bronchoscopy). Instead of blowing gases across the face, oxygen is directed into the lungs through a device placed in the trachea.