One of the most indispensable natural resources on earth is water. The Earth is also called the Blue planet, as it holds water in abundance and thus stands unique among all other planets.

One of the most indispensable natural resources on earth is water. The Earth is also called the Blue planet, as it holds water in abundance and thus stands unique among all other planets. Hydrosphere consists of water in various forms found on the earth. Over 97% of the water on the Earth’s surface is confined to oceans. Less than 3% of water is held on land as glaciers, ice caps, groundwater, rivers, lakes, and also as the water vapour in air. 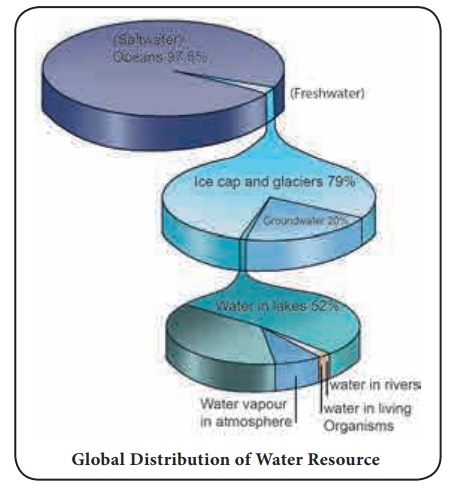 The Earth’s water is not static. It is always in motion. This continuous movement of water on, above and below the earth’s surface is called the Hydrological Cycle. The three major processes involved in the water cycle are evaporation, condensation and precipitation . Water changes its form constantly i.e. Ice, water and water vapour. This process happens in the blink of an eye or even over millions of years. 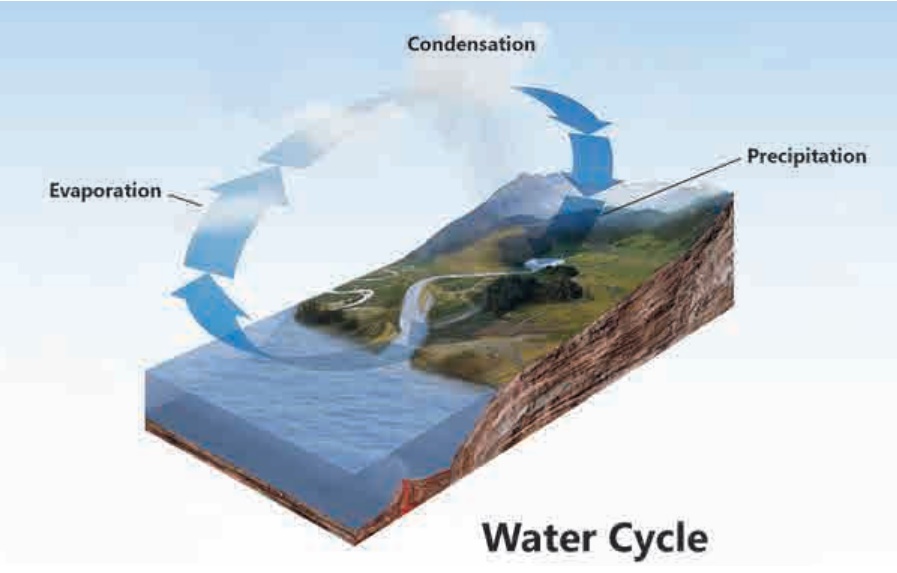 Water resources of the Earth can be broadly divided into fresh water and salt water.

Rain water is considered to be the purest form of water, as it contains very less proportion of salts when compared to the oceans and seas. Hence it is called fresh water. A major part of fresh water is found in the frozen state in the form of ice caps and glaciers. Around 1% of it is found in the liquid state as rivers, streams, lakes, ponds etc. Surface water may also penetrate through porous rocks and gets collected beneath the Earth’s surface. This is called groundwater.

The ocean is a continuous body of salt water that forms the major part of hydrosphere. Geoscientists believe that the oceans were formed on Earth nearly three billion years ago. It is difficult to believe that in the beginning there was no water on our planet. In due course of time, when the Earth started cooling, steam escaped from the interior and entered the atmosphere to form clouds. At first, the clouds brought incessant rains. The rain water filled the depressions for tens of thousands of years and eventually a super ocean was formed. 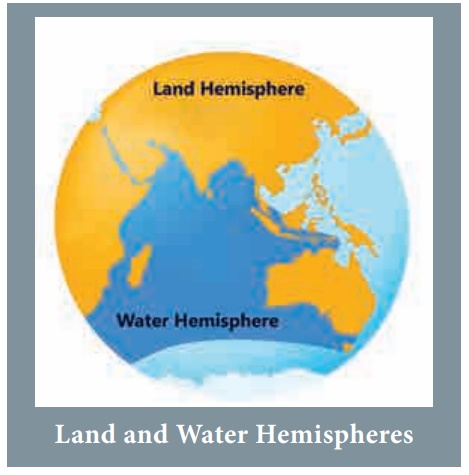 Oceans and seas are considered as resource bowl of the earth because of the immense availability of food, minerals etc., Present distribution of the world’s oceans and major seas are illustrated in the map. 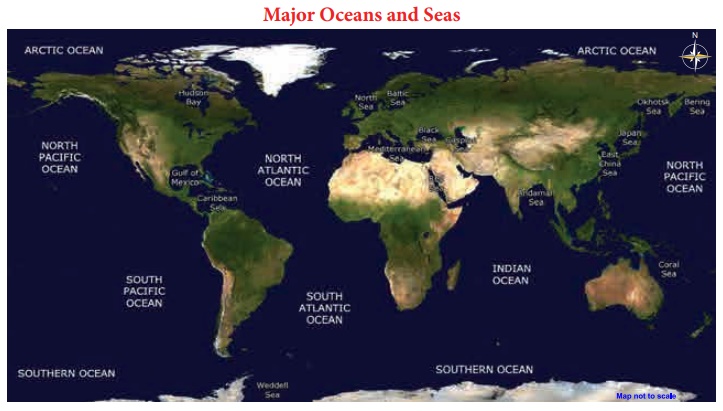