Our body is made up of many different kinds of cells. Each type of cell is specialized to perform a specific function. Depending on the function, cell has specific shape, size and may have some components which other type of cells do not have.

Our body is made up of many different kinds of cells. Each type of cell is specialized to perform a specific function. Depending on the function, cell has specific shape, size and may have some components which other type of cells do not have. Have a look at the differences between nerve cells and red blood cells in the images. Even though there are many different types of cells, there are some components common to all type of cells. Let us take a look at this in the next section.

What’s inside a cell?

Inside a cell, there are many tiny structures called cell organelles. These organelles are responsible for providing needs of the cell. They work to bring in food supplies, get rid of waste, protection and repair of the cell, and help it to grow and reproduce. Each one has a specific function to do for the cell. And, if any one organelle stops its function, then the cell is programmed to die.

As we have mentioned before, all cells have some common structure. These are

3. Nucleus (In most eukaryotic cells).

4. The structure of a typical plant and animal cell shows following peculiarities:

The boundary of an animal cell is the plasma membrane, which is also called as cell membrane

All animal and plant cells are enclosed or surrounded by a cell membrane as you learned before. However, as you might have noticed previously that, animal cells often have an irregular shape, whereas plant cells have a much more regular and rigid shape.

Plant cells have an additional layer on the outer side of the cell membrane. This is called as the cell wall, that provides a frame work for support and stability.

The cell wall is formed from various compounds, the main one being cellulose. Cellulose helps to maintain the shape of the plant cell. This allows the plant to remain rigid and upright even if it grows to great heights. Each cell is interconnected with its     neighboring cells through openings called Plasmodesmata. 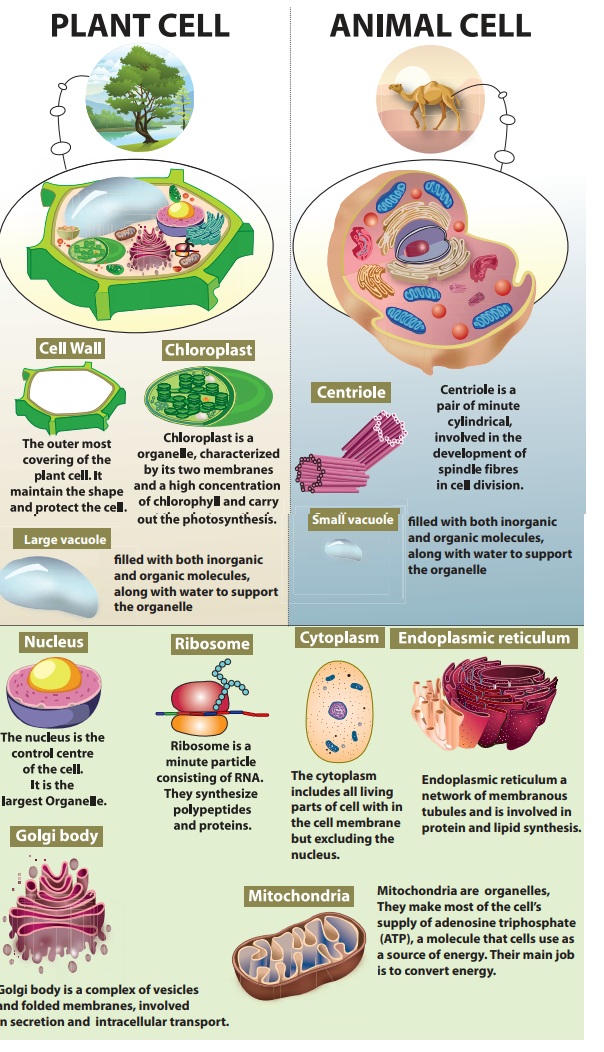 Study the pictures given and write the differences between cells that you observe in the given table. 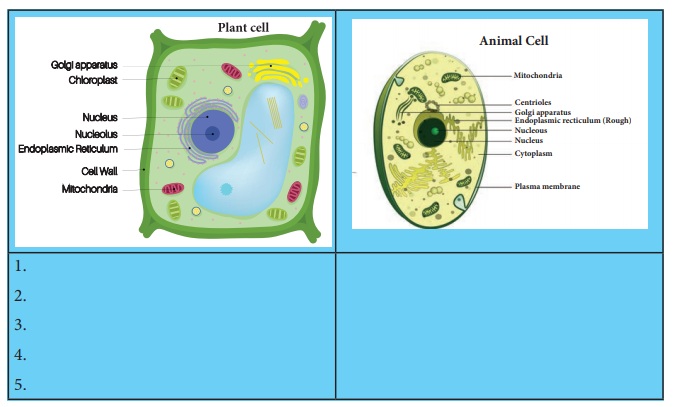 1. Plant cell has a cell wall.

5. Lysosome usually not evident. Cilia absent in most plant cells.

1. Animal cells do not have a cell wall.

2. Does not contain chloroplast.

4. One or more small vacuoles. 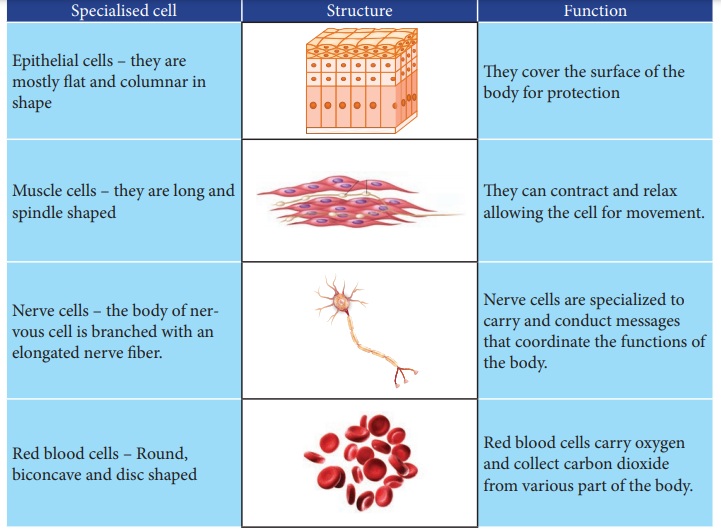 Stem cells are quite amazing as they can divide and multiply while at the same time with their ability to develop into any other type of cell. Embryonic stem cells are very special as they can become absolutely any type of cell in the body, for example, blood cell, nerve cell, muscle cell or gland cell. So they are utilized by the Scientist and Medicos, to cure and prevent some diseases like Spinal cord injury. 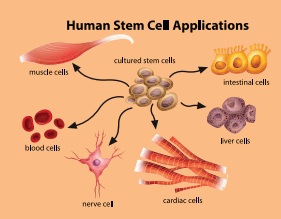 Cytoplasm - I am the “Area of Movement”.

When you look at the temporary mounts of an onion peel, you can see a large region of each cell an enclosed by the cell membrane. This region takes up very little stain. It is called the cytoplasm.

Mitochondria -  “Power house of the Cell”.

Do you remember learning about the food as the energy source for the body? Just as wood is burnt to release the stored potential energy to make a fire to heat some water. The food that you ate to be broken down in order to release the energy which can be used by your body to function. Mitochondria are responsible to do this function. 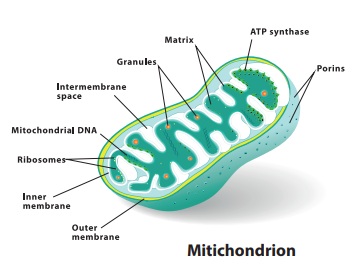 Do you notice the green organelles present in plant cells and absent in animal cells. Chloroplasts are the only cell organelles that can produce food from the sun energy. Only plants with chloroplast are able to do photosynthesis because they contain the very important green pigment, chlorophyll. Chlorophyll can absorb radiant energy from the Sun and convert it to the chemical energy which can be used by the plants and animals. Animal cells lack chloroplasts and are unable to do photosynthesis. 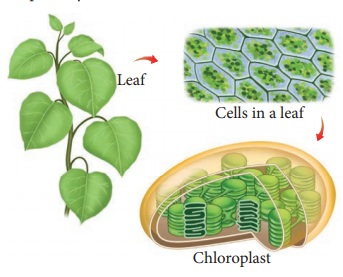 Collect some algae from pond and separate out thin filaments of them. Place a few filaments on a slide. Observe it under the microscope. Take the help of given figure and draw the picture of chloroplast that you have observed under the microscope. Chloroplast is a type of plastid. which are present only in plant cells. Plastids are mainly of two types chromoplasts (coloured) and leucoplasts (colourless).

Various range of these plastids impart different colours to various parts of plant. Chromoplast impart colour to flower and fruits. As fruits ripen, chloroplasts change to chromoplasts. Starch is converted to sugar.

Golgi Complex - I need a break

Membrane bounded sacs are stacked on top of the other with associated secretory vesicles are collectively known as golgi complex. Functions of golgi complex are the production of secretory substances, packaging and secretion. This is the secret behind the change in the colour and taste of fruits 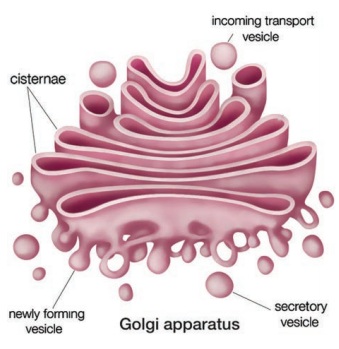 Everything I touch, I destroy

You will find organelles called as lysosomes, which are very small to view using a light microscope. They are the main digestive compartments of the cell. They lyse a cell, hence they are called “suicidal bag”. 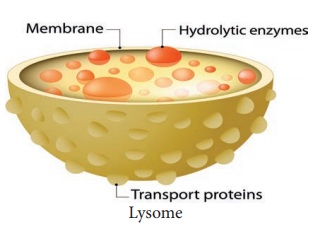 They are generally found close to the nucleus and are made up of tube-like structures. Centrioles or centrosomes are present only in animal cells and absent in plant cells. It helps in the separation of chromosomes during cell division. 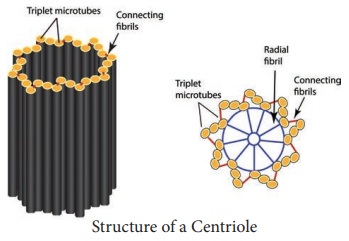 Endoplasmic reticulum - You guys, be quiet, I have so much work to do 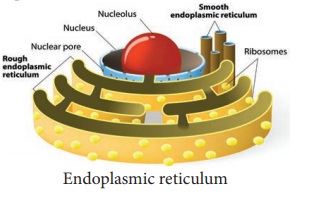 Rough endoplasmic reticulum are rough due to the ribosomes attached to the membrane.  which helps in the synthesis of protein.

Smooth endoplasmic reticulum. It is a network of tubular sacs without ribosomes on the membrane. They play a role in the synthesis of lipids, steroids and also transport them within the cell.

Nucleus - Everyone do what I say. Acting like the “Brain” of the cell

* Plant and animal cells have a nucleus inside the cytoplasm. It is surrounded by a nuclear envelope. One or two nucleolus and the chromatin body are present inside the nucleus. During cell division, the chromatin body is organised into a chromosome. Storage of genetic material and transfers heredity characters from generation to generation are the functions of chromosome.

* In controls all the processes and chemical reactions that take place inside the cell.

* Inheritance of character from one generation to another. 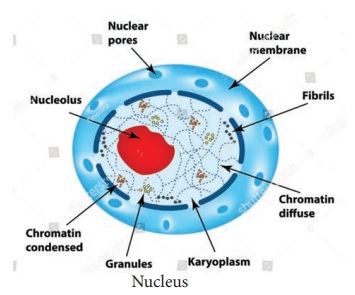 Summarise what you have learnt

Now you’ve studied the internal structure of a cell. Let us summerise what we have learnt so far Complete this table by filling the main function of each of the cell structures

1. Cell membrane - Allows certain substances to pass in and out of the cell.

2. Cell wall - Provides a frame work for support and stability.

4. Mitochondrion - Responsible for cellular transpiration and it releases energy from the food

5. Vacuole - Contains organic and inorganic molecules along with water to support the organelles.

7. Endoplasmic reticulum - Produces protein, lipids and steroids and transports them within the cell.