Green Revolution is the process of increasing food production through high yielding crop varieties and modern agricultural techniques in underdeveloped and developing nations.

Green Revolution is the process of increasing food production through high yielding crop varieties and modern agricultural techniques in underdeveloped and developing nations. Dr. Norman E. Borlaug, an American agronomist the “Father of the Green Revolution”, received the Nobel Peace Prize in 1970. In India Dr. M. S. Swaminathan joined with Dr.Borlaug in bringing Green Revolution by introducing Mexican wheat varieties. This eventually increased wheat and rice production between 1960 and 2000.

Major challenge that India faced during post-independance period was having enough food production for the growing population. Efforts were taken to develop high yielding varieties of crops, leading to Green Revolution.

Semi-Dwarf varieties in Wheat and Rice

Sonalika, Kalyan Sona are semi-dwarf varieties of wheat developed from high-yielding, semi -dwarf, fertilizer responsive wheat varieties from Mexico. IR-8 (Miracle rice) is a high- yielding semi-dwarf rice variety developed by International Rice Research Institute (IRRI),Philippines. In 1966, this was first introduced in Philippines and India. It was a hybrid of a high yielding rice variety Peta from Indonesia, and Dee-geo-woo-gen (DGWG) a dwarf variety from China. 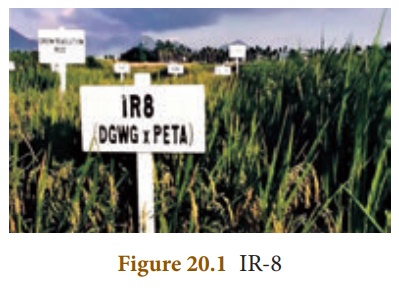 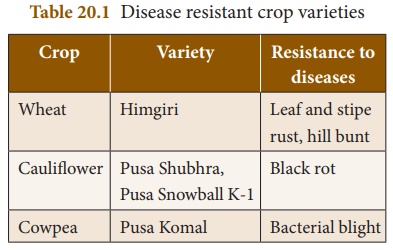 In addition to microorganisms, a large number of insects and pests also cause damage to the crops. Hence, insect and pest resistant crop varieties were developed. Some of them are given below: 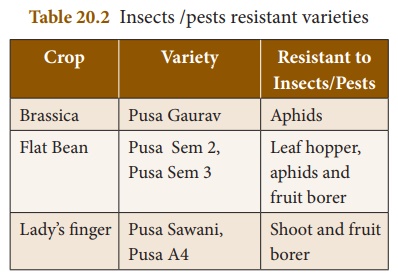 Biofortification is the scientific process of developing crop plants enriched with high levels of desirable nutrients like vitamins, proteins and minerals. Some examples of crop varieties developed as a result of biofortification are given below: 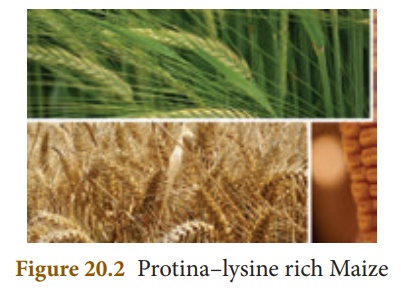 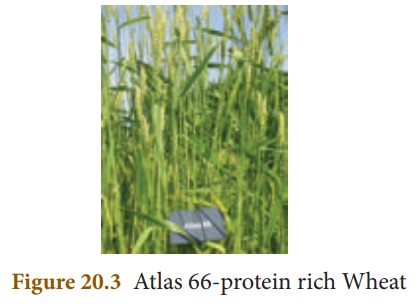