Genetic engineering is the manipulation and transfer of genes from one organism to another organisms to create a new DNA called as recombinant DNA(rDNA).

a. Presence of plasmid in bacteria that can undergo replication independently along with chromosomal DNA.

b. Restriction enzymes cuts or break DNA at specific sites and are also called as molecular scissors.

c. DNA ligases are the enzymes which help in ligating (joining) the broken DNA fragments.

What reminds to your mind when you hear the word clone? Of course, ‘DOLLY’ the cloned sheep. The carbon copy of an individual is often called a clone. However, more appropriately, a clone means to make a genetically exact copy of an organism.

In gene cloning, a gene or a piece of DNA fragment is inserted into a bacterial cell where DNA will be multiplied (copied) as the cell divides. A brief outline of the basic steps involved in gene cloning are:

Using this strategy several enzymes, hormones and vaccines can be produced 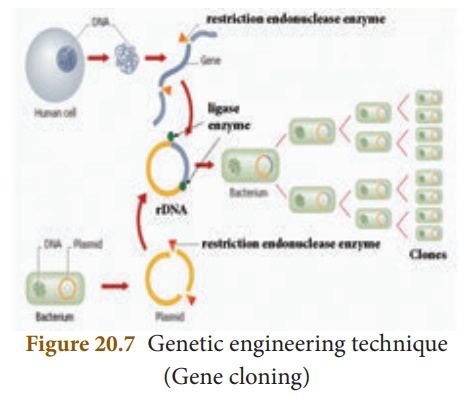 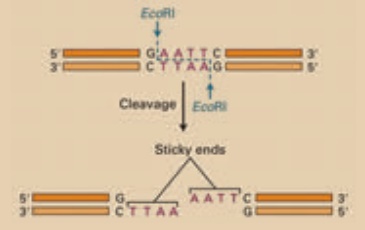 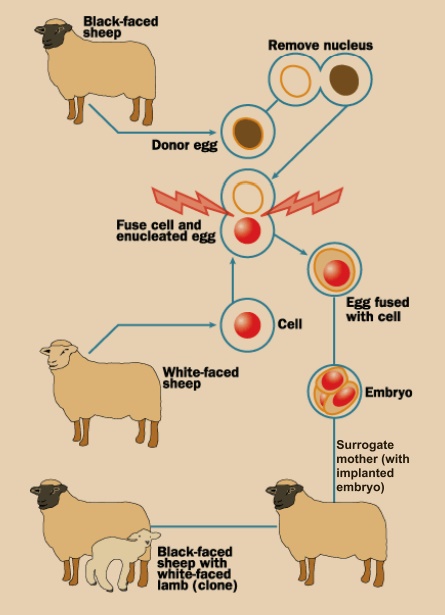