(1) Parametric equation x, y, z coordinates are related by a parametric var iable (u or θ)

Effect of tangent vector on t he curve’s shape 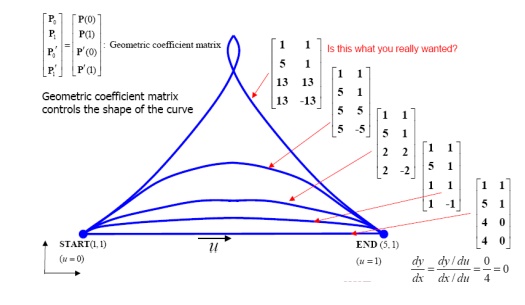 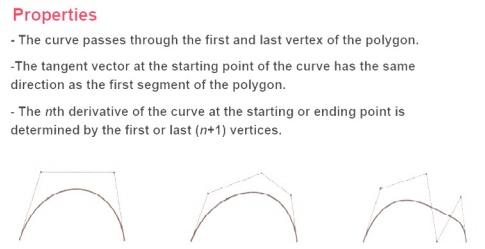 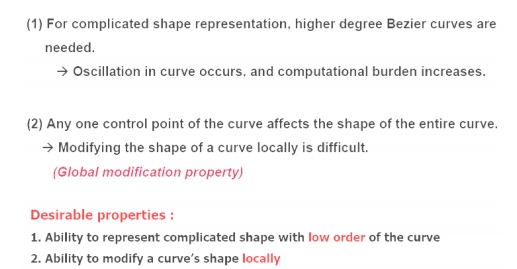 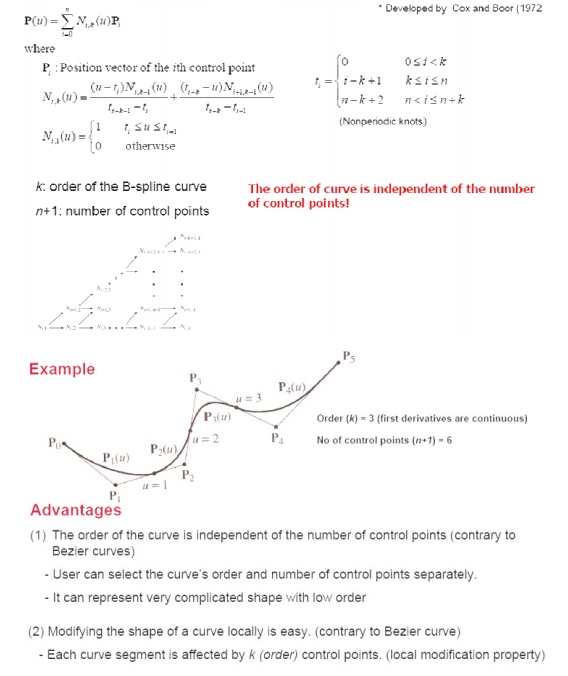 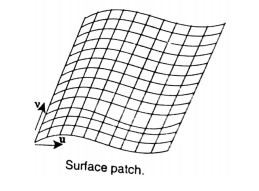 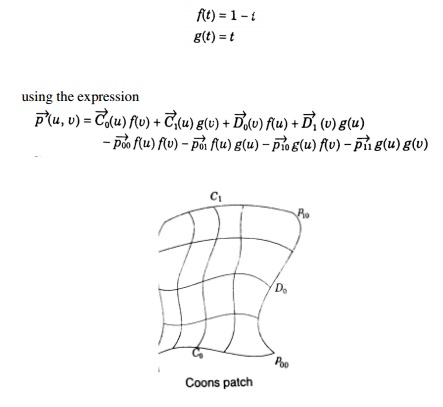 This is a vector equation with 16 unknown parameters kij which can be found by Lagrange interpolation through 4 x 4 grid.

The Be’zier surface formulation use a characteristic polygon

Points the Bezier surface are given by 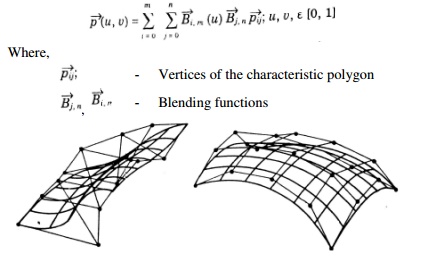 The B-spline surface approximates a characteristics polygon as shown and passes through the corner points of the polygon, where its edges are tangential to the edges of the polygon

This may not happen when the control polygon is closed

A control point of the surface influences the surface only over a limited portion of the parametric space of variables u and v.

The expression for the B-spline surfaces is given by 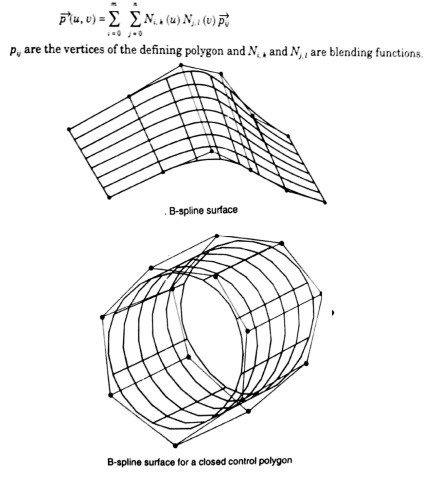 Geometric modeling is the starting point of the product design and manufacture process. Functions of Geometric Modeling are:

Analysis of tolerance build-up in assemblies

Kinematic analysis of mechanisms and robots

Comparison of produced parts with design

PROPERTIES OF A GEOMETRIC MODELING SYSTEM

The solid must be finite and occupy only a finite shape

The boundary of the solid must not be ambiguous

3-D Wire frame models: These are

Simple and easy to create, and they require relatively little computer time and memory; however they do not give a complete description of the part. They contain little information about the surface and volume of the part and cannot distinguish the inside from the outside of part surfaces. They are visually ambiguous as the model can be interpreted in many different ways because in many wire frame models hidden lines cannot be removed. Section property and mass calculations are impossible, since the object has no faces attached to it. It has limited values a basis for manufacture and analysis 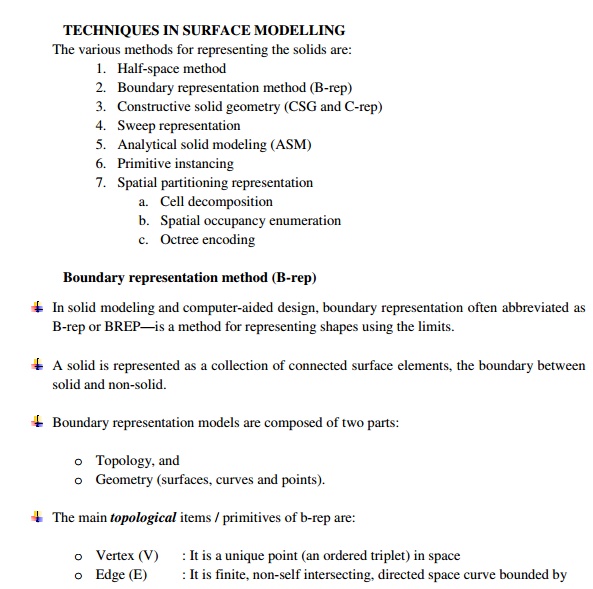 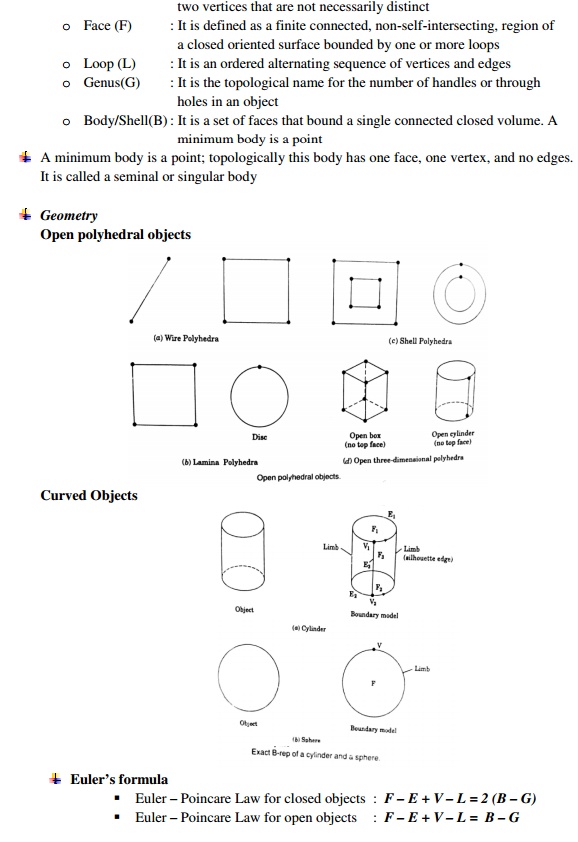 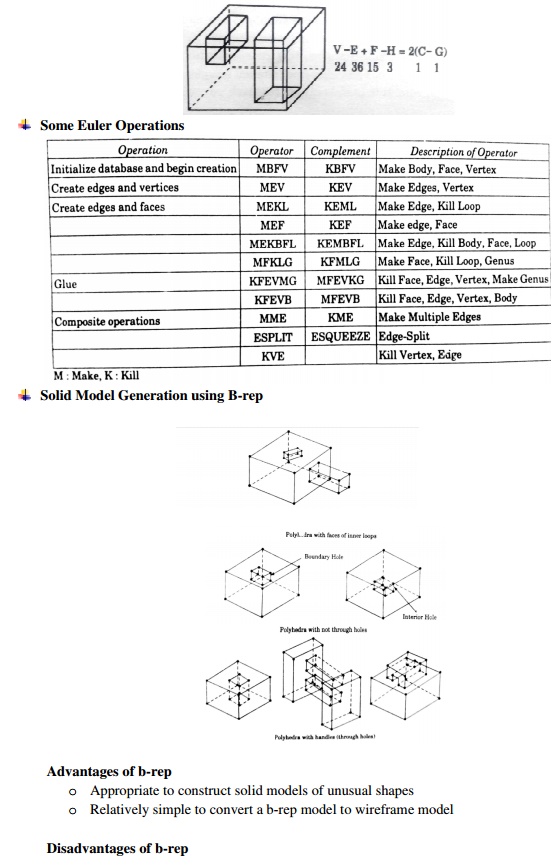 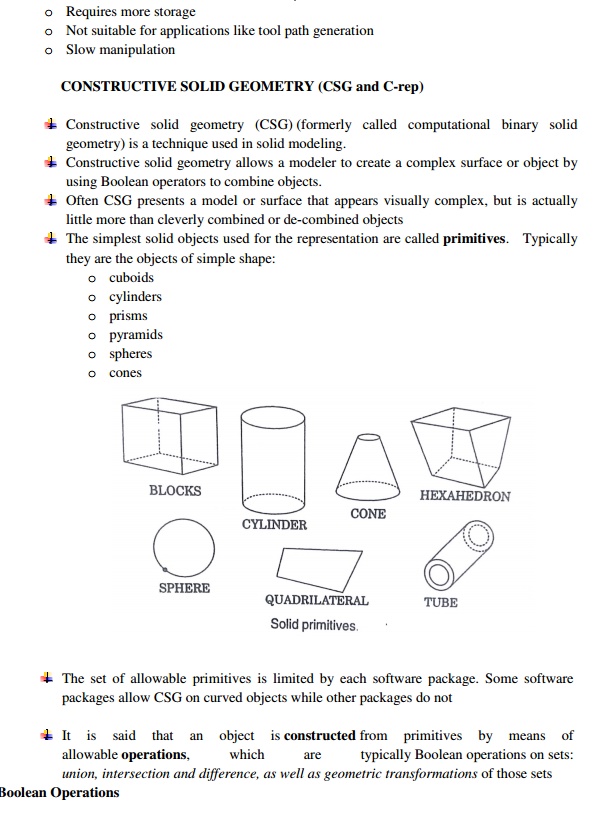 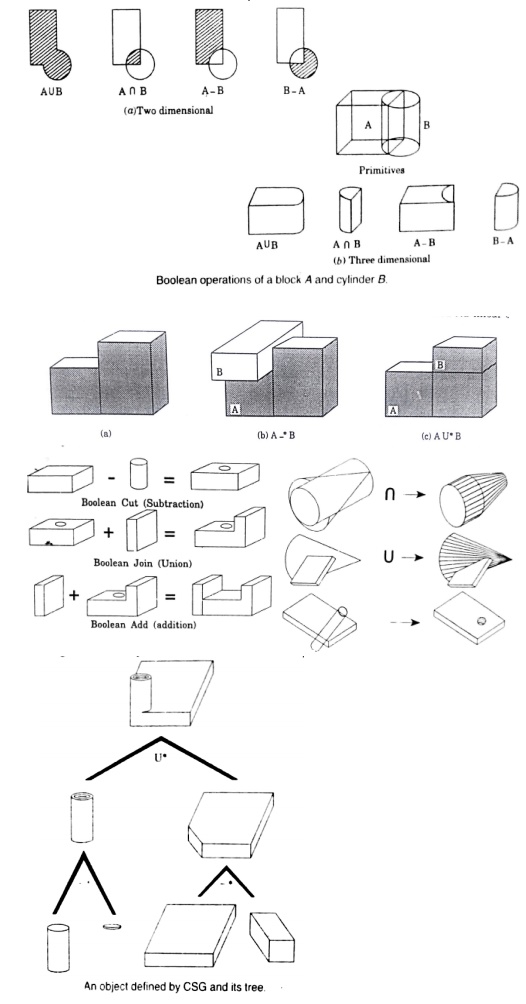