The duration of the earth’s history has been divided into eras that include the Paleozoic, Mesozoic, and Cenozoic.

The Paleozoic era is characterized by abundance of fossils of marine invertebrates. Towards the later half, other vertebrates (marine and terrestrial) except birds and mammals appeared. The seven periods of Paleozoic era in order from oldest to the youngest are Cambrian (Age of invertebrates), Ordovician (fresh water fishes, Ostracoderms, various types of Molluscs), Silurian (origin of fishes), Devonian (Age of fishes, many types of fishes such as lung fishes, lobe finned fishes and ray finned fishes), Mississippian (earliest amphibians, Echinoderms), Pennsylvanian (earliest reptiles), Permian (mammal like reptiles). 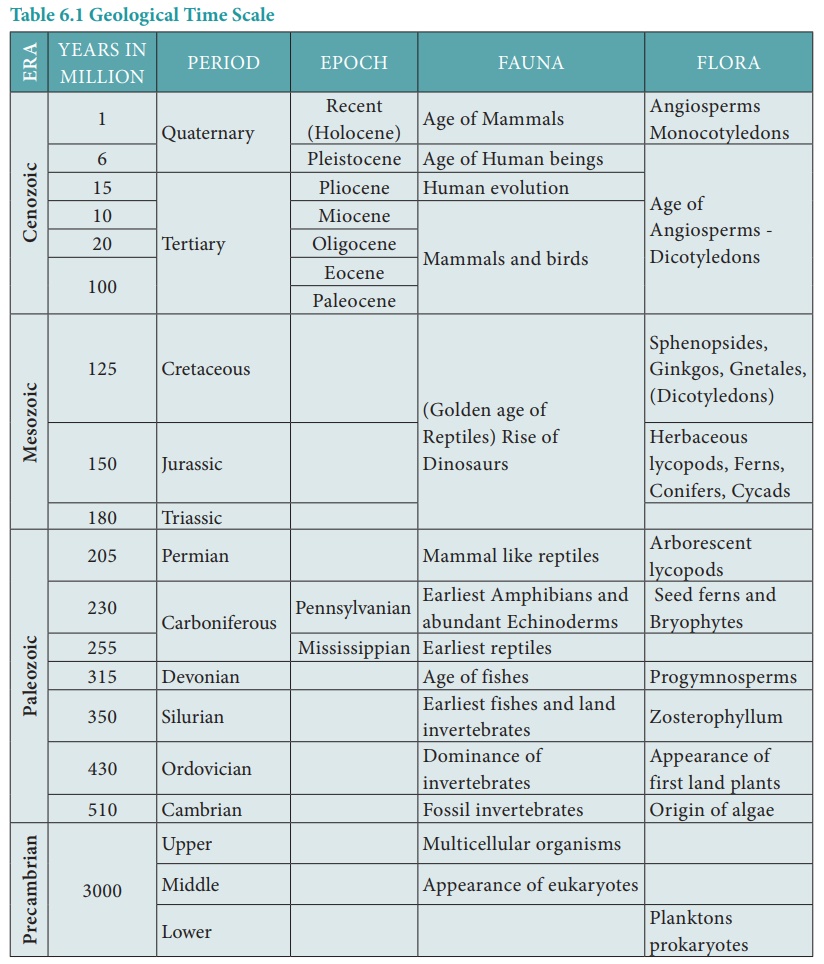