Most of the present day transmission and distribution networks are operating on a.c. voltages and hence most of the testing equipments relate to high a.c. voltages.

Most of the present day transmission and distribution networks are operating on a.c. voltages and hence most of the testing equipments relate to high a.c. voltages. Even though most of the equipments on the system are 3-phase systems, a single phase transformer operating at power frequency is the most common from of HVAC testing equipment. Test transformers normally used for the purpose have low power rating but high voltage ratings. These transformers are mainly used for short time tests on high voltage equipments. The currents required for these tests on various equipments are given below:

The design of a test transformer is similar to a potential transformer used for the measurement of Voltage and power in transmission lines. The flux density chosen is low so that it does not draw large magnetizing current which would otherwise saturate the core and produce higher harmonics.

For voltages higher than 400 KV, it is desired to cascade two or more transformers depending upon the voltage requirements. With this, the weight of the whole unit is subdivided into single units and, therefore, transport and erection becomes easier. Also, with this, the transformer cost for a given voltage may be reduced, since cascaded units need not individually possess the expensive and heavy insulation required in single stage transformers for high voltages exceeding 345 kV. It is found that the cost of insulation for such voltages for a single unit becomes proportional to square of operating voltage. Fig. 3.9 shows a basic scheme for cascading three transformers. The primary of the first stage transformer is connected to a low voltage supply. A voltage is available across the secondary of this transformer. The tertiary winding (excitation winding) of first stage has the same number of turns as the primary winding, and feeds the primary of the second stage transformer. The potential of the tertiary is fixed to the potential V of the secondary winding as shown in Fig. 3.9. 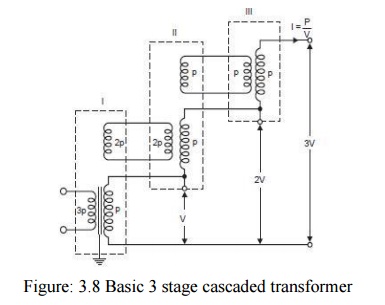 Through h.t. bushings, the leads from the tertiary winding and the h.v. winding are brought out to be connected to the next stage transformer. However, if the high voltage windings are of mid-point potential type, the tanks are held at 0.5 V, 1.5 V and 2.5 V, respectively. This connection results in a cheaper construction and the high voltage insulation now needs to be designed for V/2 from its tank potential. The main disadvantage of cascading the transformers is that the lower stages of the primaries of the transformers are loaded more as compared with the upper stages. The loading of various windings is indicated by P in Fig. 3.8. For the three-stage transformer, the total output VA will be 3VI = 3P and, therefore, each of the secondary winding of the transformer would carry a current of I = P/V.

The primary winding of stage-III transformer is loaded with P and so also the tertiary winding of second stage transformer. Therefore, the primary of the second stage transformer would be loaded with 2P. Extending the same logic; it is found that the first stage primary would be loaded with P. Therefore, while designing the primaries and tertiary’s of these transformers, this factor must be taken into consideration. The total short circuit impedance of a cascaded transformer from data for individual stages can be obtained. The equivalent circuit of an individual stage is shown in Fig. 3.9.Here Zp, Zs, and Zt, are the impedances associated with each winding. The impedances are shown in series with an ideal 3-winding transformer with corresponding number of turns Np, Ns and Nt. The impedances are obtained either from calculated or experimentally-derived results of the three short circuit tests between any two windings taken at a time. 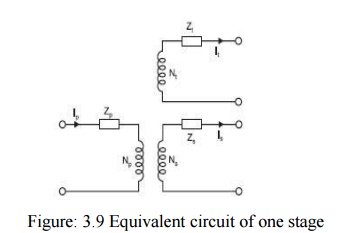 Figure: 3.9 Equivalent circuit of one stage

Zst = leakage impedance on secondary side with tertiary short circuited and primary open.

If these measured impedances are referred to primary side then 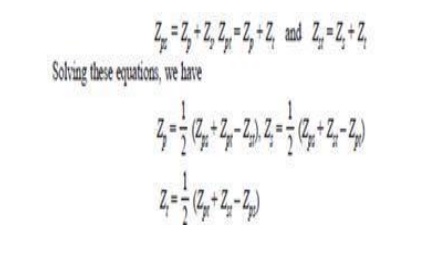 Assuming negligible magnetizing current, the sum of the ampere turns of all the windings must be zero. 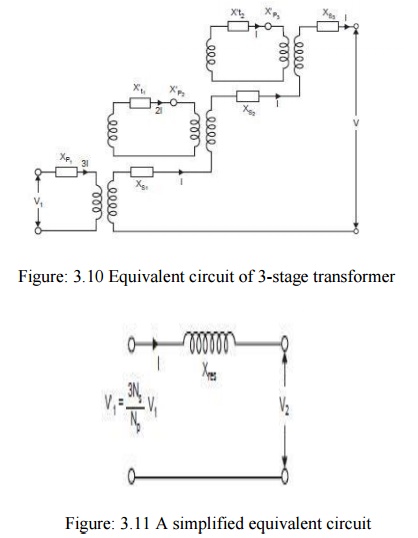