Food has been a necessity for human survival since the very beginning of the world.

Food has been a necessity for human survival since the very beginning of the world. Food is required for every living creature. Good food is reflected by optimum health and wellbeing. 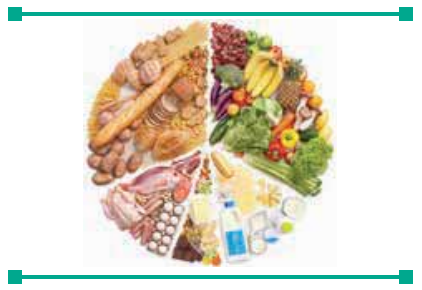 In early times man ate food most naturally. Fruits, veg-etables, cereals, pulses, fats, oils or sugars were all consumed as they were available without any refinement or processing. Later man discovered methods of cook-ing and also preserving food according to his need. By accident man discovered fire and then experimented and began to cook non-vegetarian foods like fish, meat etc. by direct roasting on fire. This was fol-lowed by salting food and dehydration of foods as preservation techniques.

The importance of food gave rise to a science called “food science”. This is “a discipline in which the engineering, biological and physical sciences are used to study the nature of foods, the causes of deterioration, the principles underlying food processing, and the improvement of foods for the consuming public”.

Food has been a basic part of our survival. Next to air and water, food is the utmost important thing for survival. Food is essential for growth, development, active and healthy life of an individual. Through, centuries, food has also been used, as an expression of love, friendship and social acceptance.

Food refers to anything, which nourishes the body. It would include solids, semi-solids and liquids which when consumed help to sustain the body and keep it healthy. Food is a substance, which after ingestion, digestion and absorption is capable of being utilized by the body for its various functions.