Benito Mussolini founded a totalitarian party, movement and ideology in the inter-war period and ruled Italy for more than two decades.

Benito Mussolini founded a totalitarian party, movement and ideology in the inter-war period and ruled Italy for more than two decades. Fascism in Italian language has its origin in the word Fasci meaning the bundle of rods bound with a red cord round an axe helve. In Italian  tradition, this symbol is powerful as it was borne by the magisterial attendants before the Roman Consuls as symbol of political power. The bundle of rods signifies unity and strength and Benito Mussolini chose the nomenclature to arouse the emotions of the cadre.

The most important factor for the emergence of Fascism can be attributed to the socio-economic problems of Italy in the post-war period. Though it was on the side of the allied powers in the First World War, there was a huge popular disappointment that it did not receive benefits from the post-war settlement. The country suffered from numerous socio-economic problems like unemployment, inflation, stagnation and instability in industrial sector.

All sections of Italy like workers, farmers, middle class and even rich classes faced war-related miseries. Benito Mussolini, being a dangerous demagogue, capitalized on this widespread discontent and conducted a ‘March on Rome’ in 1922. The political authorities in the face of fascist intimidation capitulated and Mussolini and National Fascist Party captured power without any violence. 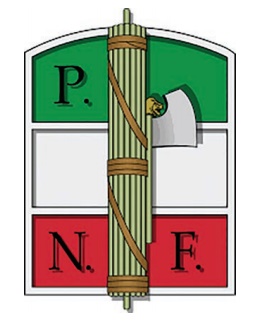 Fascism preached and practiced aggressive nationalism. Fascism proclaimed that Italy is the greatest nation in the world and created hatred against other nations and people. Fascism pursued imperialism both in theory and practice. Its expansionist drive re-ignited colonial rivalries in Africa precipitating the Second World War. A Fascist writer Giovanni Gentile wrote the book ‘Doctrine of Fascism’. He said that the Fascist State is a will to power and empire. The Roman tradition is here a powerful force. According to the doctrine of Fascism, empire is not only territorial or military or mercantile concept, but a spiritual and moral one. One can think of an empire, that is, a nation, which directly or indirectly guides other nations, without the need to conquer a single square kilometer of territory. Mussolini believed that the Fascist State is the ‘Third Rome’, a worthy successor to the First Ancient Roman Empire and second the Renaissance Rome that disseminated the seeds of renaissance throughout Europe.

Fascism extolled the virtues of war. Mussolini infamously stated ‘war is to man what maternity is to woman’. It deprecated peace as a slogan of the weak and cowardly. Fascism sought to honour women as ‘reproducers of the nation’.

Fascism rejected the idea of a limited State. It enthusiastically followed the concept of totalitarianism. Mussolini exclaimed, ‘Everything within the State, nothing outside the State, nothing against the State”. The State was empowered to create a radically new society. It exercised a complete control over the minds and actions of its citizens. Fascists provided a positive outlook to the concept of totalitarian State contending that the powerful authoritarian State is vital for the metamorphosis of Italy into a mighty nation and moulding of its citizens into politically-active brave people.

Fascism considered communism as its mortal enemy and endeavored hard to suppress it. The great Marxist thinker of Italy, Antonio Gramsci was jailed for 20 years. The official prosecutor in that case ended his peroration infamously demanding the judge ‘we should stop this brain working for 20 years’”. Fascism banned political parties, movements and writings          supporting communism.

Ideologically, it repudiated the Marxist concepts of State, society, class and revolution. As against the class-ridden society of communism, Fascism supported the organic unity of the State.

Notable fact of the Fascist State is its nature as a Corporate State. Every profession, trade or occupation possessed its own corporate organisation. The national objectives of the State were given primacy over everything. The corporate State was promoted to remove any conflict between employers and employees. Mussolini firmly believed that the disputes between the business classes and labour should and could be removed through the system of corporate bodies.

The workers were sternly told that strikes were illegal. They came to be affected greatly as wages were fixed low by the Fascist State and party. The corporate organizations suffered from corruption and inefficiency. The corporate State was the bedrock of Fascist economy but trampled upon the rights of the workers.

Fascism was the most powerful totalitarian State that mankind had ever faced. It was undemocratic. Fascism was attacked as an opportunistic, intellectually dishonest ideology as it changed frequently its core ideological principles and postures. Though Fascism and Nazism had been cruel collaborators in inflicting massive death and destruction on humankind in the Second World War, Fascism as an ideology was more coherent and therefore continues to be used as a term even in the 21st century to assail dictators and totalitarian States.