Exchange of Gases - The Respiratory System 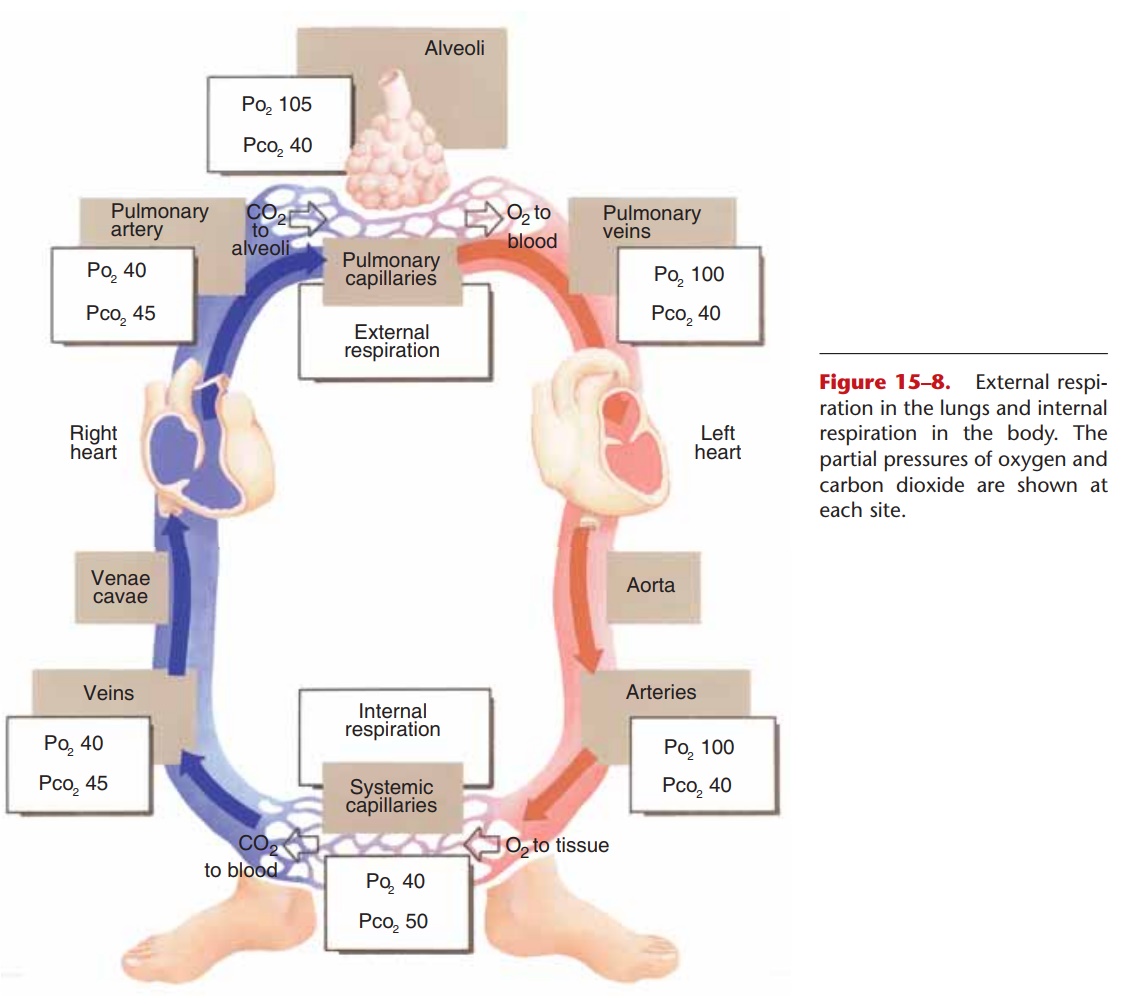 There are two sites of exchange of oxygen and carbon dioxide: the lungs and the tissues of the body.

There are two sites of exchange of oxygen and carbon dioxide: the lungs and the tissues of the body. The exchange of gases between the air in the alveoli and the blood in the pulmonary capillaries is called exter-nal respiration. This term may be a bit confusing atfirst, because we often think of “external” as being outside the body. In this case, however, “external” means the exchange that involves air from the external environment, though the exchange takes place within the lungs. Internal respiration is the exchange of gases between the blood in the systemic capillaries and the tissue fluid (cells) of the body.

The air we inhale (the earth’s atmosphere) is approximately 21% oxygen and 0.04% carbon diox-ide. Although most (78%) of the atmosphere is nitro-gen, this gas is not physiologically available to us, and we simply exhale it. This exhaled air also contains about 16% oxygen and 4.5% carbon dioxide, so it is apparent that some oxygen is retained within the body and the carbon dioxide produced by cells is exhaled.

Within the body, a gas will diffuse from an area of greater concentration to an area of lesser concentra-tion. The concentration of each gas in a particular site (alveolar air, pulmonary blood, and so on) is expressed in a value called partial pressure.

The partial pressure of a gas, measured in mmHg, is the pressure it exerts within a mixture of gases, whether the mixture is actu-ally in a gaseous state or is in a liquid such as blood. The partial pressures of oxygen and carbon dioxide in the atmosphere and in the sites of exchange in the body are listed in Table 15–1. The abbreviation for partial pressure is “P,” which is used, for example, on hospital lab slips for blood gases and will be used here. 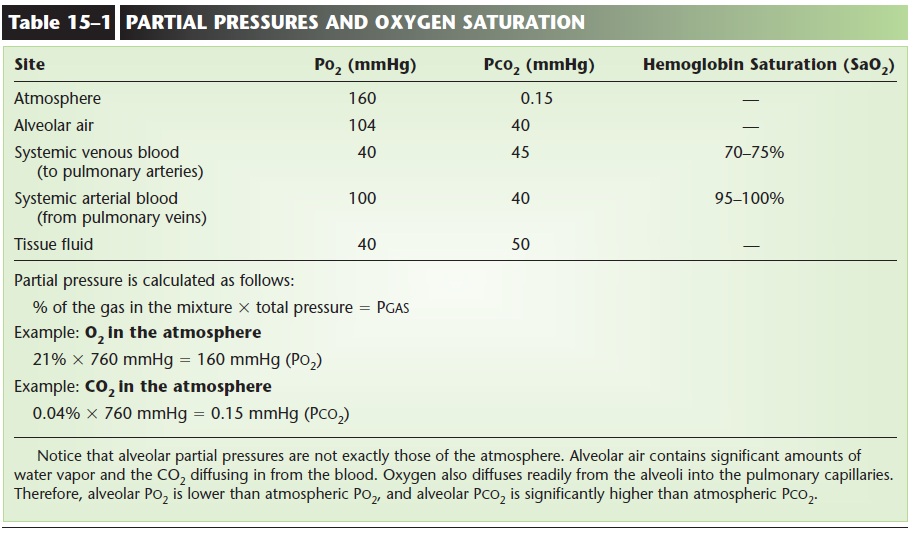 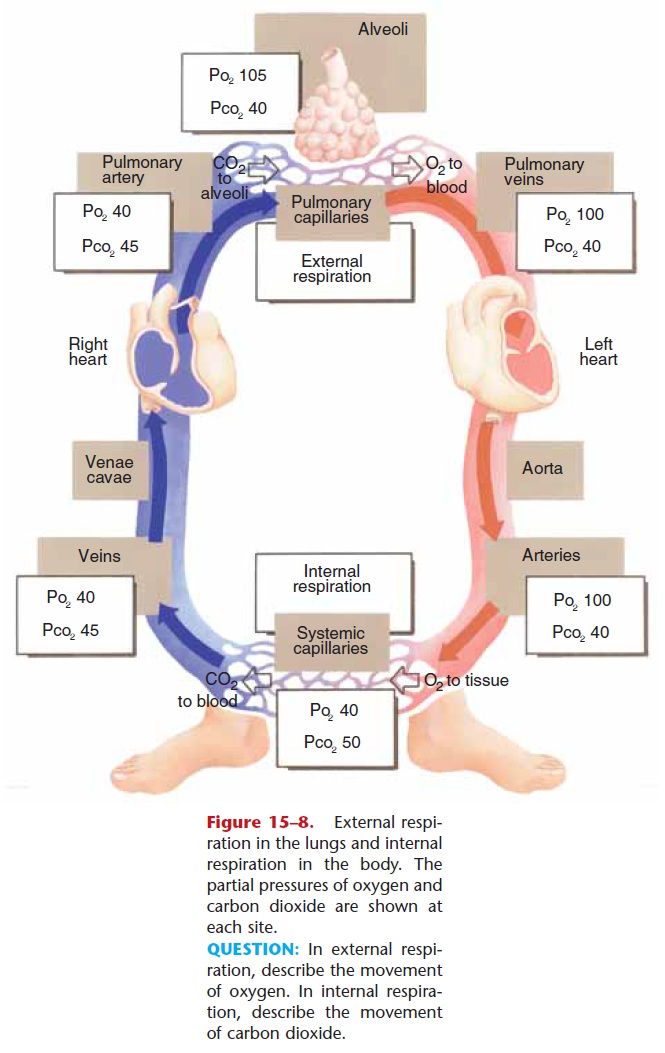 The arterial blood that reaches systemic capillaries has a high PO2 and a low PCO2. The body cells and tis- sue fluid have a low PO2and a high PCO2 because cells continuously use oxygen in cell respiration (energy production) and produce carbon dioxide in this process. Therefore, in internal respiration, oxygen dif-fuses from the blood to tissue fluid (cells), and carbon dioxide diffuses from tissue fluid to the blood. The blood that enters systemic veins to return to the heart now has a low PO2 and a high PCO2 and is pumped by the right ventricle to the lungs to participate in exter-nal respiration.

Disorders of gas exchange often involve the lungs, that is, external respiration.