Evolution , Definition and functions of Banking

According to the Indian Banking Companies Act , ―Banking Company is one which transacts the business of banking which means the accepting for the purpose of lending or investment of deposits money from the public repayable on demand or otherwise and withdrawable by cheque, draft, order or otherwise‖. 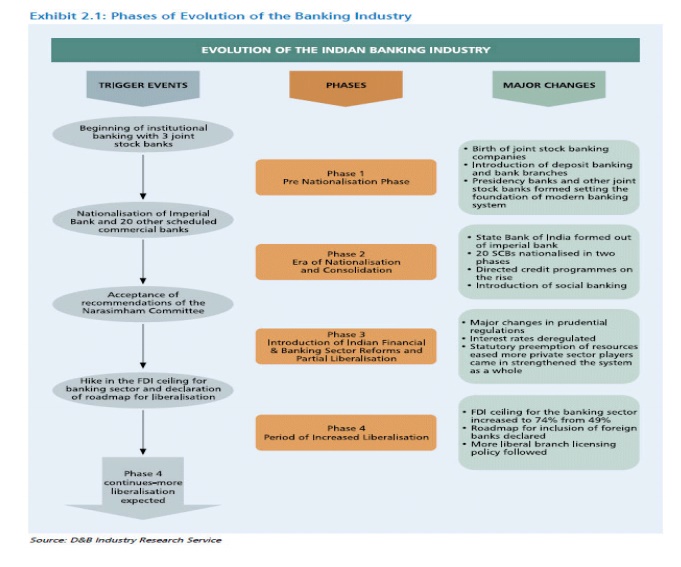 Phase I- Pre-Nationalisation Phase (prior to 1955)

There is no bar to new banks being set up in private sector.

Branch licensing should be abolished

2 or 3 large indian banks should be given an international character.

Speed up of computerization &relationship banking

Creating a robust infrastructure for credit.

According to the Indian Banking Companies Act , ―Banking Company is one which transacts the business of banking which means the accepting for the purpose of lending or investment of deposits money from the public repayable on demand or otherwise and withdrawable by cheque, draft, order or otherwise‖. 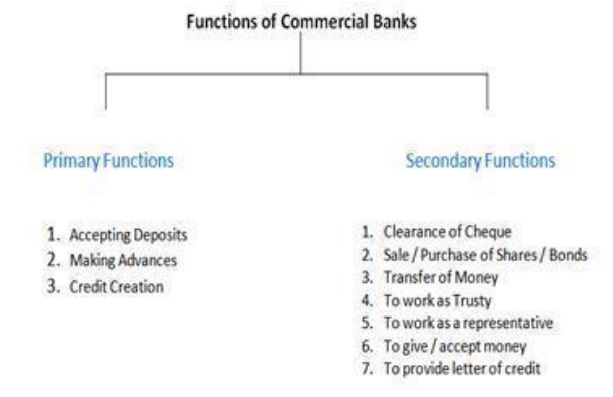 The functions of a bank may broadly be divided into two parts.

Bank offers to deposit money in any of the following accounts:

Banks grant loan in any of the following forms:

Overdraft is a short-term loan granted by commercial banks to their account holders. Under this type of loan, the customers are allowed to draw more than what they have in their current account up to a certain limit. The excess amount overdrawn is called overdraft.

Cash credit is a very common form of loan granted by commercial banks to businessmen and industrial units against the security of goods. The loan granted under this head is credited to current account opened in the name of borrower. The borrower can withdraw money through cheques according to his requirement. The interest is charged on the amount actually withdrawn by the borrower.

Commercial banks grant loans for short and medium-term to individuals and traders against the security of movable and immovable property. The amount of loan is credited to the borrower's account. Interest is charged on the entire loan sanctioned.

The banks render important services as agent on behalf of their customers in return for a small commission. When banks act as agent, law of agency applies. The agency functions or services of bank are as follows:

Ø The commercial banks collect dividends, interest on investment, pension and rent of property due to the customers. When any income is collected by the bank, a credit voucher is sent to the customer for information.

Ø The banks act as trustee to manage trust property as per instructions of property owners. Banks are required to follow the terms and conditions of trust deed.

Acts as an agent:

Ø Commercial bank sometimes acts as an agent on behalf of its customers at home or abroad in dealing with other banks or financial institutions.

Issue of traveler's cheque(customers for traveling in and outside the country.)

Foreign exchange:exchange of their home currency

Commercial banks provide facilities for the collection of utility bills from general public on behalf of government bodies. This facilitates the public to pay utility bills in time.

Zakat Fund, according to Zakat and Usher ordinance - 1980.

Ø The commercial banks provide Qarz-e-Hasna to deserving patients for medical treatment and to students for higher studies within the country and abroad. The Qarz-e-Hasna is refund Ale in easy installments,

Electronic banking is offering improved services to the customers as fellows: