It is clear that all the probabilities encountered in a two dimensional communication system could be derived from the JPM. While we can compare the JPM, therefore, to the impedance or admittance matrices of an n-port electric network in giving a unique description of the system under consideration, notice that the JPM in general, need not necessarily be a square matrix and even if it is so, it need not be symmetric. We define the following entropies, which can be directly computed from the JPM. 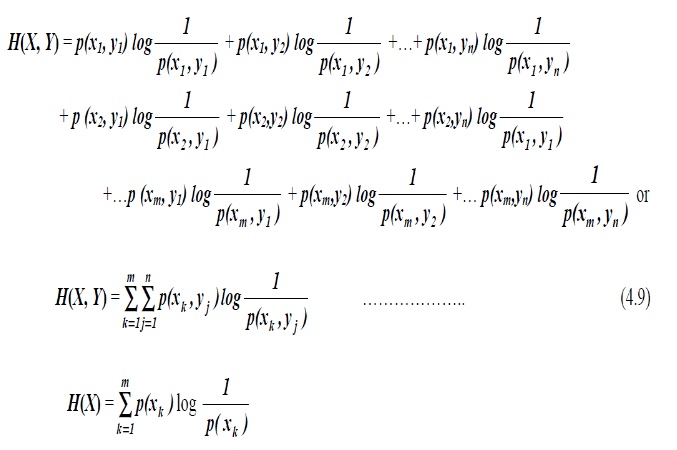 Taking the average of the above entropy function for all admissible characters received, we have the average ― conditional Entropy” or “Equivocation”: 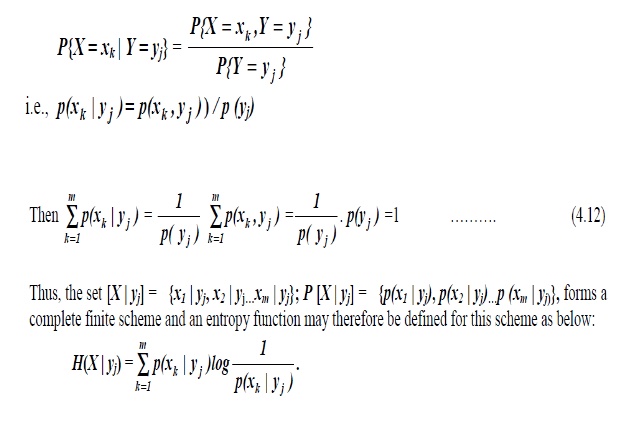 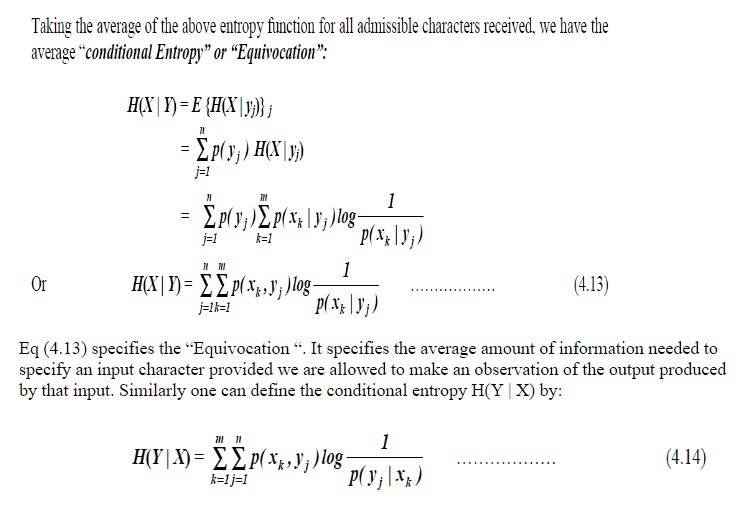 All the five entropies so defined are all inter-related. For example, We have 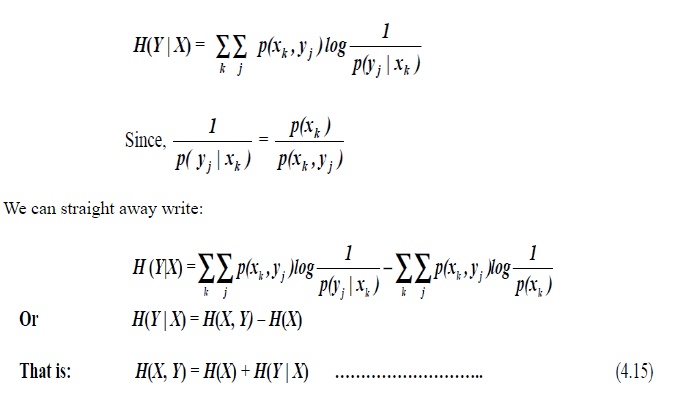 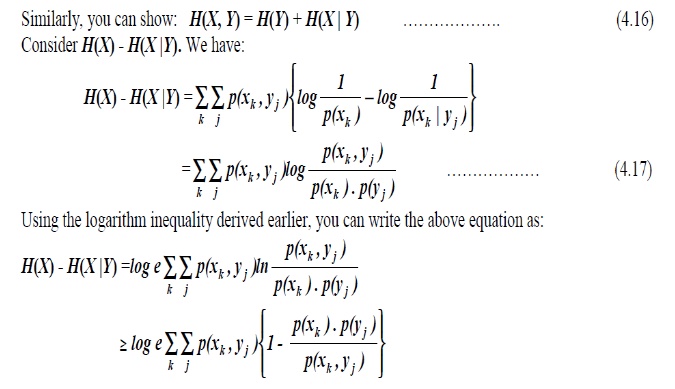 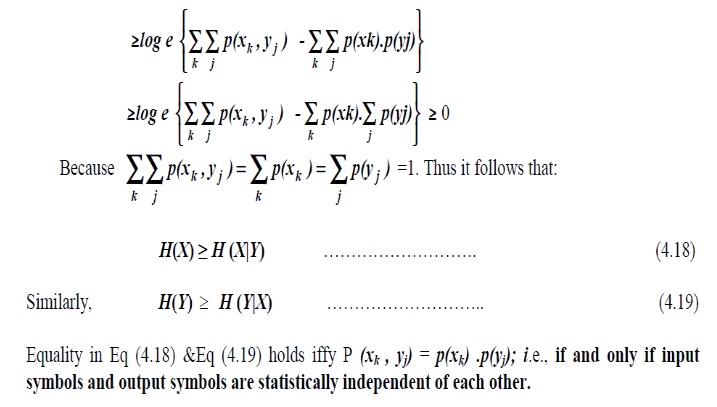 The channel is called a 'Binary Symmetric Channel‘ or ( BSC). It is one of the most common and widely used channels. The channel diagram of a BSC is shown in Fig 3.4. Here 'p‘ is called the error probability.

For this channel we have: 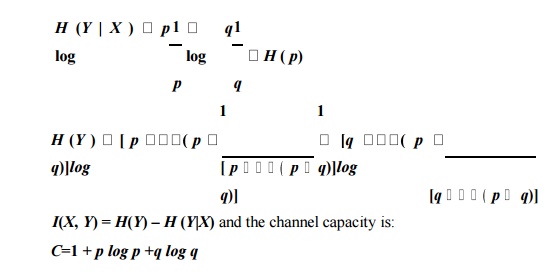 In this case it is interesting to note that the equivocation, H (X|Y) =H (Y|X).

An interesting interpretation of the equivocation may be given if consider an idealized communication system with the above symmetric channel.

The observer is a noiseless channel that compares the transmitted and the received symbols. Whenever there is an error a ‗ 1‘ is sent to the receiver as a correction signal and  appropriate correction is effected. When there is no error the observer transmits a '0‘ indicating  no change. Thus the observer supplies additional information to the receiver, thus compensating for the noise in the channel. Let us compute this additional information .With P (X=0) = P (X=1) = 0.5, we have: 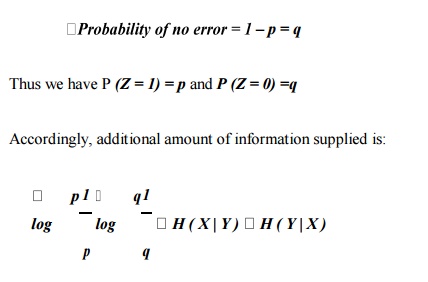 BEC is one of the important types of channels used in digital communications. Observe that whenever    an      error occurs,y‘ theand symbolnodecisionwill be about the information but an immediate request will be made for retransmission, rejecting what       have been received (ARQ techniques), thus ensuring 100% correct data recovery. Notice that this   channel also is a symmetric channel and we have with P(X = 0) =