Amplitude Modulation is the changing the amplitude of the carrier signal with respect to the instantaneous change in message signal.

Amplitude Modulation is the changing the amplitude of the carrier signal with respect to the instantaneous change in message signal.

The amplitude modulated wave form, its envelope and its frequency spectrum and bandwidth. 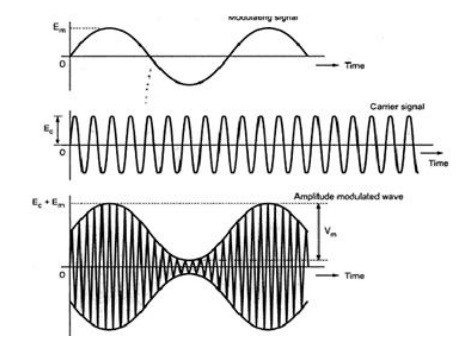 Calculation of modulation index from AM waveform:

Fig 1.2.2 shows the AM waveform. This is also called time domain representation of AM signal. 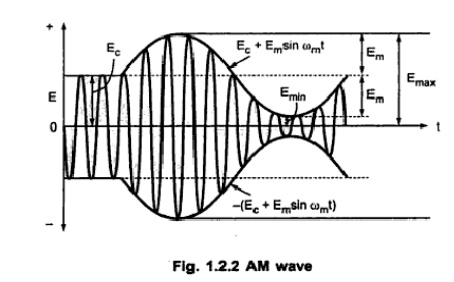 It is clear from the above signal that the modulating signal rides upon the carrier signal. From above figure we can write,

The modulated carrier has new signals at different frequencies, called side frequencies or sidebands. They occur above and below the carrier frequency. 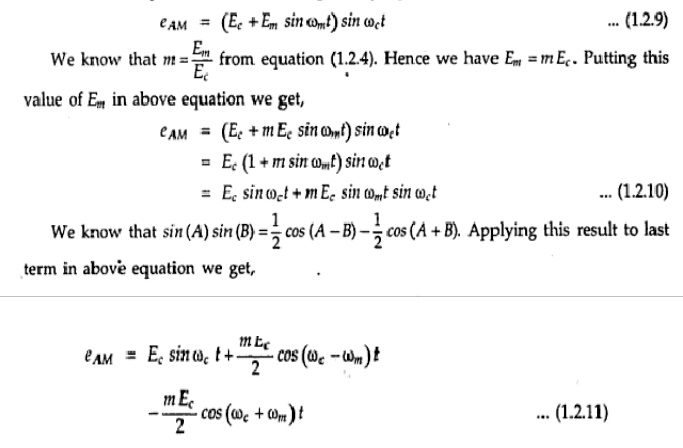 From this equation we can prepare the frequency spectrum of AM wave as shown below in fig. 1.2.3. 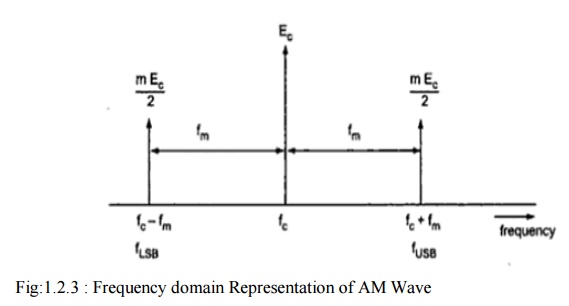 This contains full carrier and both the sidebands, hence it is also called Double Sideband Full Carrier (DSBFC) system. We will be discussing this system, its modulation circuits and transmitters next, in this section.

We know that bandwidth of the signal can be obtained by taking the difference between highest and lowest frequencies. From above figure we can obtain bandwidth of AM wave as,

AM signal has three components : Unmodulated carrier, lower sideband and upper sideband. Hence total power of AM wave is the sum off carrier power Pe and powers in the two sidebands PLSB. i.e.,

Here all the three voltages are rms values and R is characteristic impedence of antenna in which the power is dissipated. The Carrier Poweer is, 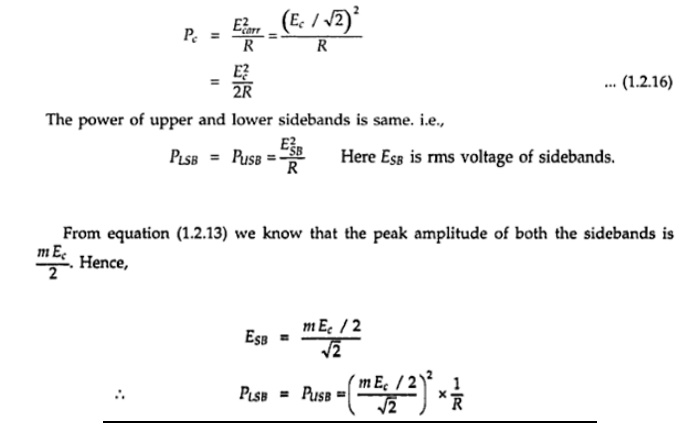 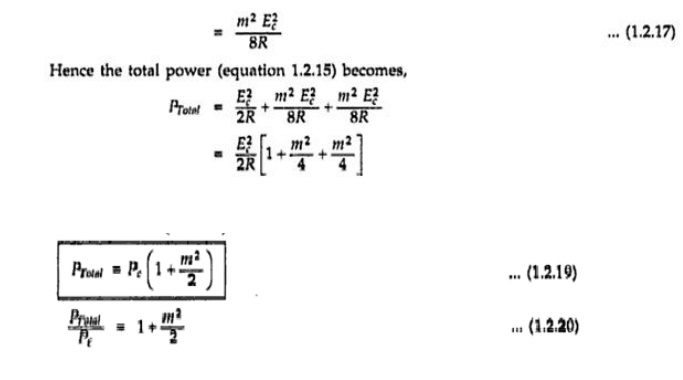 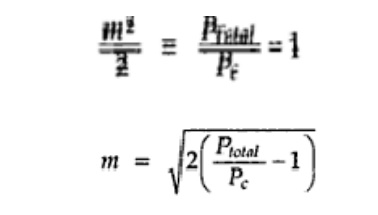 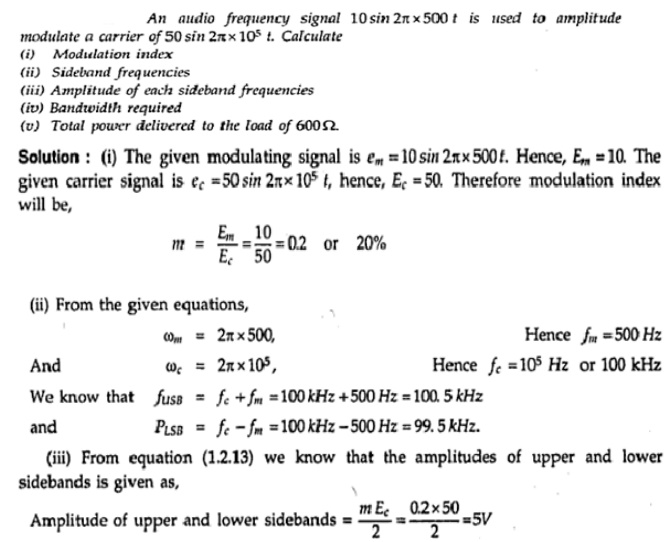 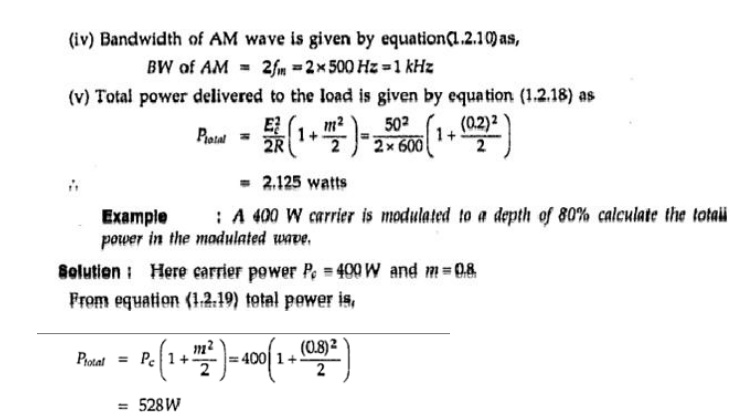 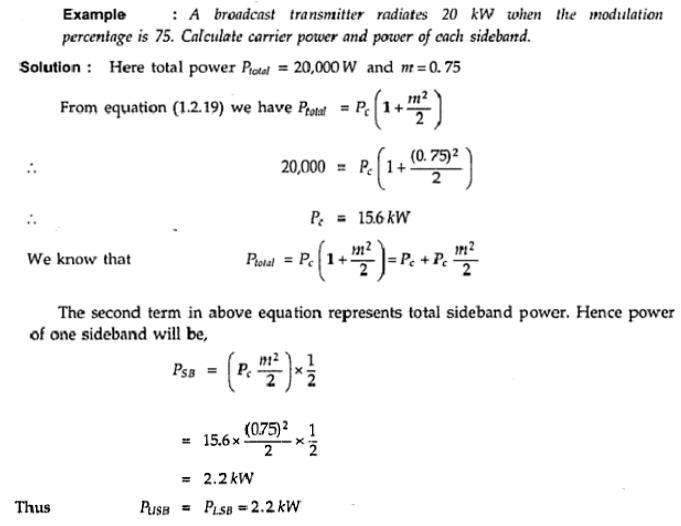