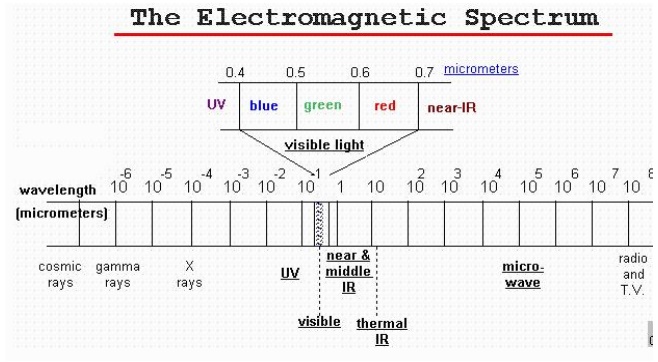 The first requirement for remote sensing is to have an energy source to illuminate the target (unless thesensed energy is being emitted by the target).

Electromagnetic radiation consists of an electrical field (E) which varies inmagnitude in a direction perpendicular to the direction in which the radiation is traveling, and a magnetic field (M) oriented at right angles to the electrical field. Both these fields travel at the speed of light (c). Two characteristics of electromagnetic radiation are particularly important to understand remote sensing. These are the wavelength and frequency.

Electromagnetic radiation (EMR) as an electromagnetic wave that travels through space at the speed of light C which is 3x108 meters per second.

The wavelength is the length of one wave cycle, which can be measured as the

centimetres (cm, 10-2 metres). Frequency refers to the number of cycles of a wave passing a fixed point per unit of time. Frequency is normally measured in hertz (Hz), equivalent to one cycle per second, and various multiples of hertz.

Wavelength and frequency are related by the following formula: 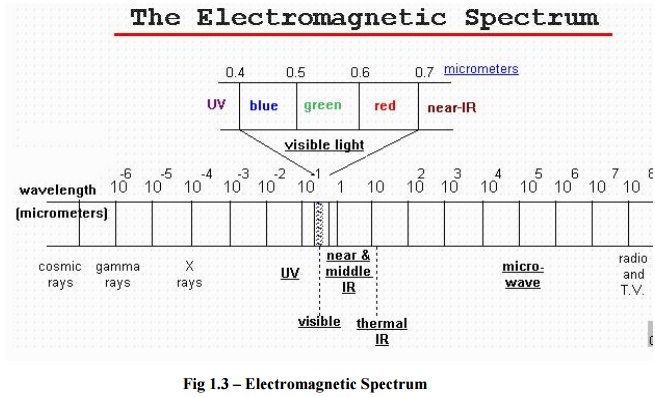