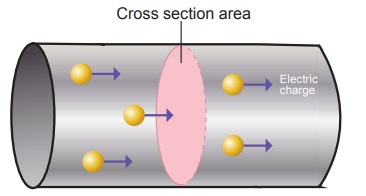 The SI unit for measuring an electric current is the ampere, which is the flow of electric charge across a surface at the rate of one coulomb per second. 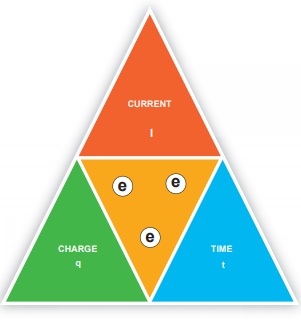 If  30 coulomb of electric charge flows through a wire in two minutes, calculate the current in the wire? 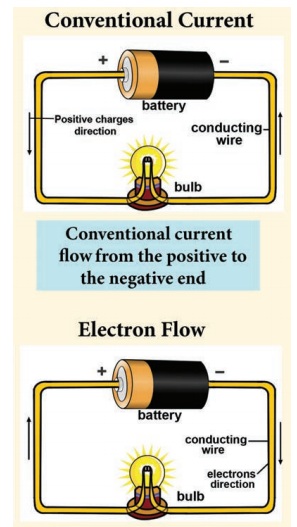 Before the discovery of electrons , scientists believed that an electric current consisted of moving positive charges.

This movement of positive charges is called conventional current.

Conventional current is in the direction opposite to electron flow.

Electric current is measured using a device called ammeter. The terminals of an ammeter are marked with + and - sign. An ammeter must be connected in series in a circuit.

Instruments used to measure smaller currents, in the milli ampere or micro ampere range, are designated as milli ammeters or micro ammeters.

If 0.002A current flows through a circuit, then convert the current in terms of micro ampere?

Given that the current flows through the circuit is 0.002A