When an electric current passes through a wire, the electrical energy is converted to hear. In heating appliances, the heating element is made up of materials with high melting point. An example of such a material is nichrome (an alloy of nickel, iron and chromium). 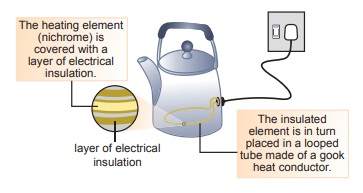 The heating effect of electric current has many practical applications. The electric bulb, geyser, iron box, immersible water heater are based on this effect. These appliances have heating coils of high resistance.

Generation of heat due to electric current is known as the heating effect of electricity.

3. Time for which current flows

Electric fuse is a safety device which is used in household wiring and in many appliances. Electric fuse has a body made of ceramic and two points for connecting the fuse wire. The fuse wire melts whenever there is overload of the current in the wire. This breaks the circuit and helps in preventing damage to costly appliances and to the wiring. In electrical devices, a glass fuse is often used. This is a small glass tube, in which lies the fuse wire. 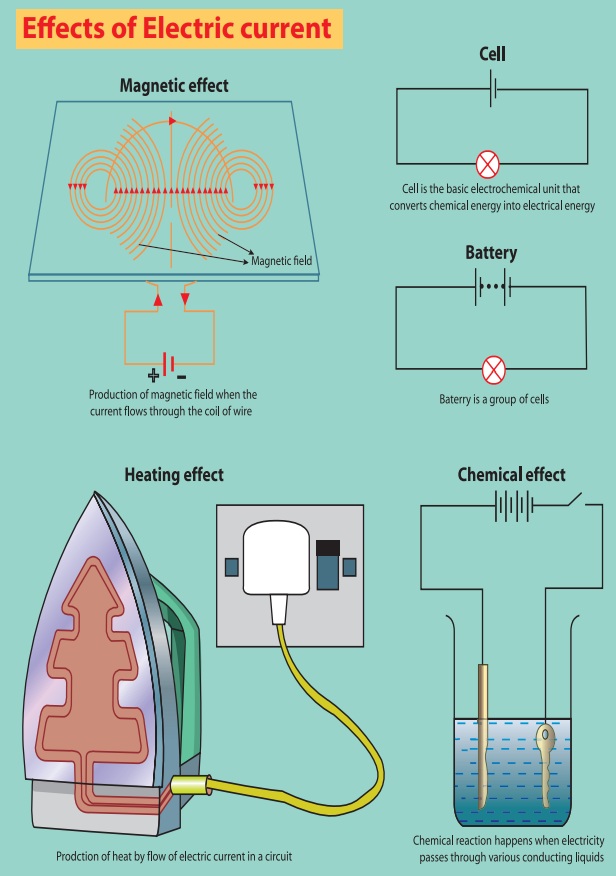 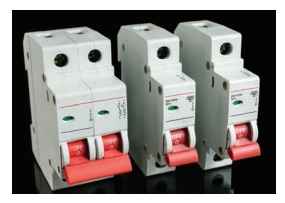