The Main objective of the constitution of Election Commission of India is to have a permanent and independent election machinery.

For the conduct of free, fair and regular elections, Article 324 of the Indian Constitution provides for a single Election Commission which is entrusted with the superintendence, direction and control of all elections to Parliament, state legislatures and to the offices of the President and Vice –President of India.

The Main objective of the constitution of Election Commission of India is to have a permanent and independent election machinery, which is free from political pressure of the party in power and the executive of the day, and which could be entrusted with the task of holding free and fair elections to the parliament and the state legislatures and to the offices of the President and Vice-President of India.

 By the President of India

 6 years or 65 years of age(whichever is earlier)

 Other Election -Commissioners-Recommendation of CEC 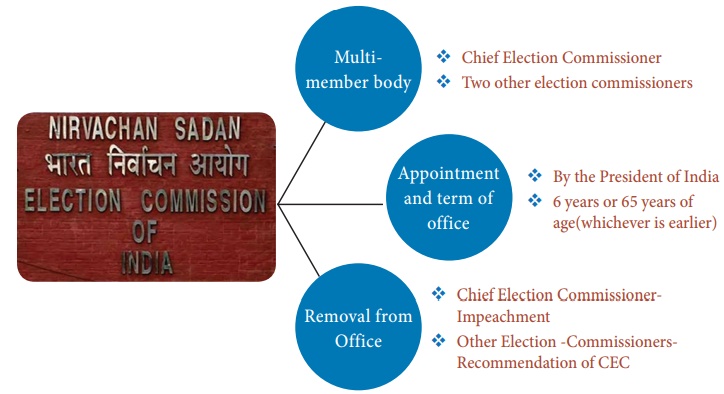 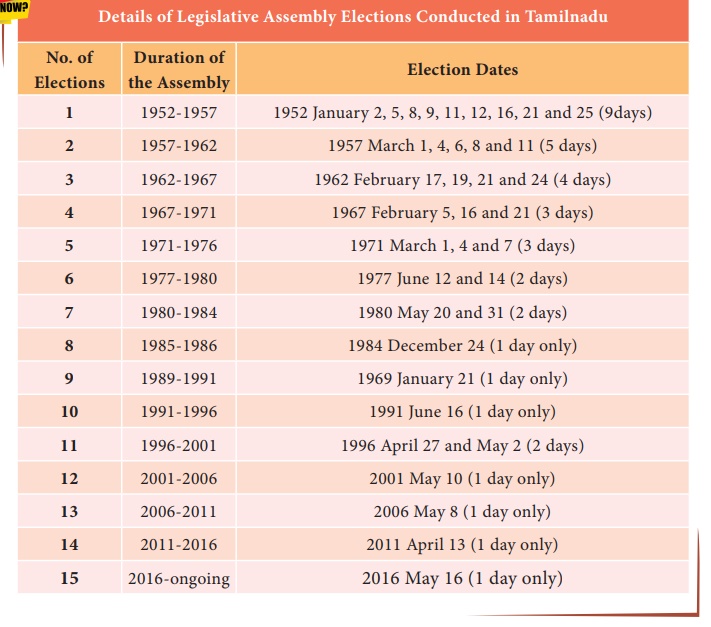 Powers and functions of the Election Commission of India

v    Preparation of the electoral rolls

v    Superintendence, direction and control of all matters pertaining to the elections

v    The Election Commission of India advises the President of India or the Governor of the concerned state regarding all electoral matters including questions relating to disqualifications of members.

v Settles disputes and petitions referred to it by the President of India or the Governor of a state.

v Decides disputes pertaining to election symbol in the event of a split in the political party.

v Has power to impose ceiling on the election expenses of the contestants.

v Entrusted with the task of collecting affidavits from the contestants to the elections regarding their assets.

v Has the power and duty to disqualify a candidate if he/she fails to submit election returns within the prescribed period.

v It issues a notification after the election is over, that the house is duly constituted.

The chief electoral officer of a state/union territory is authorised to supervise the election work in the state/ union territory subject to the overall superintendence, direction and control

The Election Commission of India nominates officers of government as Election observers (general observers and election expenditure observers) for Parliamentary and Assembly constituencies. They perform such functions as are entrusted to them by the commission. They report directly to the commission.