In the eastern Atlantic Ocean, tropical shore fishes are restricted to the Gulf of Guinea. 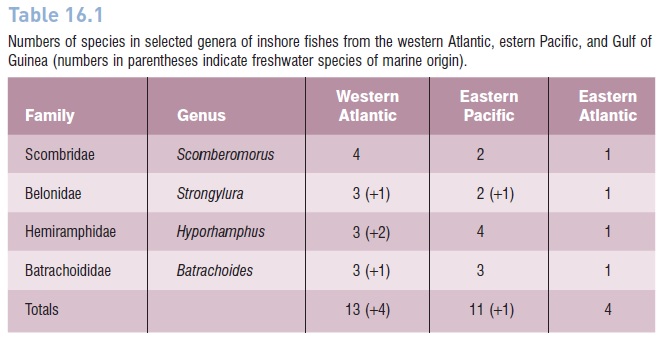