An unconstrained rigid body moving in space can describe the following independent motions. 1. Translational Motions along any three mutually perpendicular axes x, y and z, 2. Rotational motions along these axes.

An unconstrained rigid body moving in space can describe the following independent motions.

2. Rotational motions along these axes.

Thus a rigid body possesses six degrees of freedom. The connection of a link with another imposes certain constraints on their relative motion. The number of restraints can never be zero (joint is disconnected) or six (joint becomes solid).

Degrees of freedom of a pair is defined as the number of independent relative motions, both translational and rotational, a pair can have.

F = Mobility or number of degrees of freedom

n = Number of links including frame.

j1 = Joints with single (one) degree of freedom.

If F > 0, results in a mechanism with ‘F’ degrees of freedom.

A Kinematic chain is an assembly of links in which the relative motions of the links is possible and the motion of each relative to the others is definite (fig. a, b, and c.)

In case, the motion of a link results in indefinite motions of other links, it is a non-kinematic chain. However, some authors prefer to call all chains having relative motions of the links as kinematic chains.

To obtain constrained or definite motions of some of the links of a linkage, it is necessary to know how many inputs are needed. In some mechanisms, only one input is necessary that determines the motion of other links and are said to have one degree of freedom. In other mechanisms, two inputs may be necessary to get a constrained motion of the other links and are said to have two degrees of freedom and so on.

The degree of freedom of a structure is zero or less. A structure with negative degrees of freedom is known as a Superstructure.

Motion and its types: 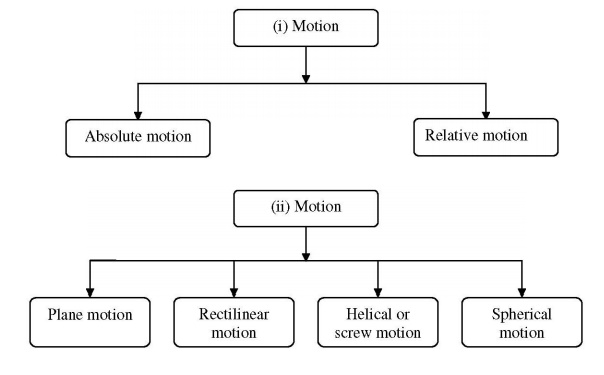 ·        The three main types of constrained motion in kinematic pairare, 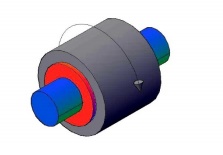 2. Incompletely Constrained motion : If the motion between a pair of links is not confined to a definite direction, then it is incompletely constrained motion. E.g.: A spherical ball or circular shaft in a circular hole may either rotate or slide in the hole as shown in fig. 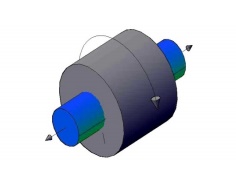 It is a combination of resistant bodies with successfully constrained motion which is used to transmit or transform motion to do some useful work. E.g.: Lathe, Shaper, Steam Engine, etc. 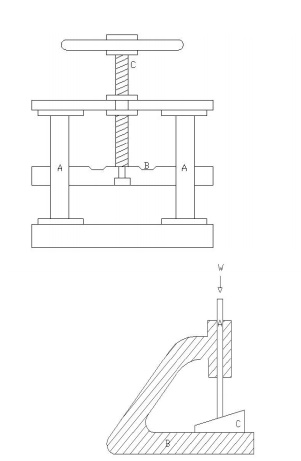 This figure shows the mechanism of a fly press. The element B forms a sliding with A and turning pair with screw rod C which in turn forms a screw pair with A. When link A is fixed, the required fly press mechanism is obtained.